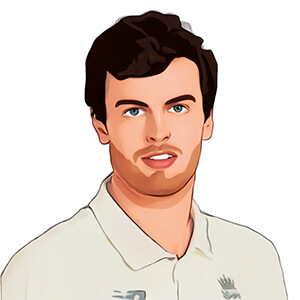 Dominic Sibley is one of the young promising batsmen in English cricket. He is a right-handed opening batsman who is predominantly known for his batting in longer formats of the game. Dominic Sibley was born on 5 September 1995 in Epsom, Surrey. Throughout his career, he has played for the Surrey team and represented England in the Test matches. Sibley took part in all age-group competitions as he has played for Surrey Under-13s, Surrey Under-15s, Surrey U-17s and England Under-19s.