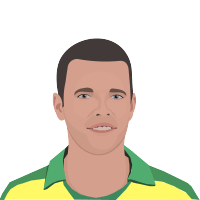 Marcus Harris was born on 21 July 1992 in Perth. He currently plays as an opener for Victoria and Australia. His first Test was versus India in Adelaide in December 2018.

Harris made his first-class debut for Western Australia in February 2011 versus South Australia. In his third game, he cracked his maiden hundred (157 versus Queensland). He set a record and became the youngest Aussie player to score a 150 in first-class cricket.

Harris’s 2015-16 season was poor both in the Sheffield Shield and the BBL. His performances attracted criticism from the Western Australian coach, Justin Langer. He was not picked by the state side for the national List A tournament, the Matador BBQs One-Day Cup. After the season ended, Harris joined Victoria.

Harris found success in Victoria. He helped the side make it to the 2016-17 Shield final. Harris said he found the Victorian cricket system more suitable and had gained from having experienced players to guide him.

In October 2018, in a Shield game versus New South Wales, Harris cracked 250 not out, his highest first-class score. After playing 25 first-class games for Victoria his average was 47.58 with 5 hundreds. His admirable consistency earned him a spot in the Test squad.

Harris was picked in the Australian squad for the home Test series versus India in 2018-19 for the Border-Gavaskar Trophy. Justin Langer became Australia’s coach but Harris and Langer denied they had had any misunderstanding and said they were on good terms despite Langer’s previous disappointment with Harris’s poor performance for Western Australia.

On Harris’s Test debut in December 2018, he received the baggy green cap from Mike Hussey. In the four Tests played against India, Harris cracked 256 runs at a 36.57 average with 2 fifties. Australia lost the series 1-2 but Harris was the most consistent batter for them.

However, Harris had a poor outing in the next series versus Sri Lanka which made him doubtful for the 2019 away Ashes series. However, he was selected in the squad for that series and played the 3rd Test replacing Cameron Bancroft.

Harris is yet to make his ODI debut.

He hasn’t starred in any T20Is to date.