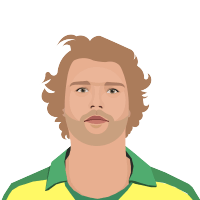 Pucovski has European roots as father Jan migrated to Australia from Serbia as a child. Jan himself was a fast bowler so cricket runs in Pucovski’s family. In 2019, Pucovski received the Bradman Young Cricketer of the Year honour.

Pucovski cracked four successive hundreds in the U-19 National Championship in 2016-17 to bag the Player of the Championship award. He totaled 650 runs in 8 knocks in the competition to create a new record.

In March 2018, Pucovski suffered his second concussion in two years but was able to walk away from the field without any aid. In October 2018, he cracked a double hundred (unbeaten 243) versus Western Australia at the WACA. Later that month he said he would take some time off from cricket to deal with an illness related to his mental health.

In January 2019, Australia named Pucovski in their squad for a Test series versus Sri Lanka. However, he did not get to play a game and was released so he could continue to improve his psychological health.

In October 2020, Pucovski partnered Marcus Harris in a Shield record 486-run first-wicket stand versus South Australia. Pucovski blasted an unbeaten 255 to log his highest first-class score. In the next match, he clobbered 202 runs to notch up successive double centuries.

In November 2020, Australia selected Pucovski in their Test squad for a series against the visiting Indian side. In December 2020, Pucovski suffered his ninth concussion while batting for Australia A. In his maiden Test in January 2021, Pucovski shone immediately, cracking 62 in the first essay.

Will Pucovski is only 23 years old but he has already had to battle several concussions and a mental health concern which have set back his career somewhat. In the 2018-19 Shield season, he smashed 649 runs in 7 matches at 54.08 to get selected for the Australia A squad for their 2019 England tour.

Pucovski is yet to make his ODI debut.

He hasn’t played any T20Is yet.

To date, Pucovski has starred in 24 first-class matches in which he has blasted 1,816 runs at a 53.41 average and a 50.72 scoring rate with 6 fifties and 6 hundreds. Pucovski’s highest score in a first-class innings is 255 not out. He has taken 11 catches in this format.