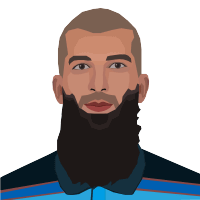 Moeen Ali (born June 18, 1987) is an English all-rounder who bats left-handed and bowls right-arm off-spin. Having represented Warwickshire in English county cricket until 2006, he has played for Worcestershire since then. Moeen has played for England in all 3 formats of the game and was in the England squad that triumphed in the 2019 ODI World Cup.

Moeen’s grandfather migrated from Mirpur in Azad Kashmir to England. Thus, the player is of Pakistani origin. Moeen can understand Punjabi and Urdu. With his family having a lot of cricketers, he was motivated to excel in the game from an early age.

Moeen made his debut in ODIs against the West Indies in February 2014. In his first match, he stroked 44 and grabbed a wicket. In the 3-match series, he knocked 109 runs and claimed 3 wickets. In his T20I debut versus the same team, he scored 3 runs. Moeen played in the 2014 T20I World Cup and cracked 49 in 4 games but didn’t take a wicket.

Moeen made his Test debut versus Sri Lanka later that year. He scored 48 and 4 in that match. In the next Test, he cracked his first century but could not prevent England from losing. Next, Moeen played against India grabbing four victims and clobbering 14 in the first Test. In the second game, he stroked 32 and 39 but, unfortunately, England still lost.

After that, England toured Sri Lanka and played a 7-match ODI series. In one match, Moeen clobbered 119 off 87 deliveries but England still couldn’t win. In the third game, he stroked 58 and took 2/36 to guide England to victory.

Moeen starred in England’s 2015 ODI World Cup group match versus Scotland, scoring 128 off 107 and grabbing 2 wickets to be awarded the Player of the Match and help his team win. However, he suffered an injury in the final group match played against Afghanistan. Moeen had an ordinary series during the Windies tour that took place after the World Cup. He, however, excelled in the first Test against New Zealand cracking 58 and 43 and claiming 4 scalps to help England achieve a 124-run triumph.

Later on, Ali played for England in the 2015 Ashes series. He made good contributions with both bat and ball during the series to help England win 3-2. In a single T20I match against the same team, Moeen took 1/3 and stroked 72 not out to receive the Player of the Match award. He achieved great results with the ball in the third and fourth ODI matches against Australia helping England win both games.

Moeen had a relatively poor performance during the Test and ODI series against Pakistan. However, he bowled well in the final ODI and claimed 3/53 to help England gain an 84-run victory. Moeen also played in 2 of the T20Is and claimed 1/30 and 1/22.

After that, in the first Test versus South Africa, Moeen grabbed 4/69 and 3/47 to help England score a 241-run win. His all-round performances assisted his nation to notch a 2-1 series victory. Moeen claimed 3/43 in the first ODI versus the same team to assist a 39-run England win decided by the DL method. Then, he cracked 21 not out in the second game to achieve a 5-wicket triumph. However, Moeen failed to shine in the next 3 ODIs and England lost all 3 games and, eventually, the series 2-3.

Moeen next played in the ODI series versus the Windies and cracked 31 not out in the first match to aid a 45-run triumph. In the next game, he claimed 1/44 to assist a 4-wicket win. In the first Test versus South Africa, Moeen reached the milestone of 2,000 runs and 100 wickets in his 38th Test. He also grabbed his first 10-wicket haul in Test cricket.

Moeen scored a hat trick in the third Test of the series. He made 250 runs and snared 25 wickets setting the record as the only player ever to accomplish this feat in a 4-match Test series. Moeen played his last Test before the Covid-19 outbreak against Australia at Birmingham in August 2019.