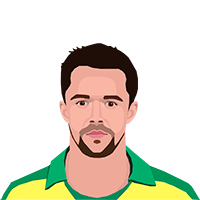 Joe Burns is a 31-year-old top-order batsman who bats right-handed and is an occasional right-arm medium pace bowler who has represented Australia in Tests and ODIs. Burns became a professional cricketer by accident. By his own admission, the young man went to university, aiming to “get a job in business.” As things transpired though, after he had made his Sheffield Shield debut for Queensland in February 2011, Burns never looked back. He scored 140 in his first match against South Australia and a year later became one of the most prolific batsmen in Australian domestic cricket. The next step was his selection to the Australia A squad and a county contract with Leicestershire as a replacement for West Indian Ramnaresh Sarwan. He also scored a lot of runs for Brisbane Heat in the Big Bash League and it soon became a foregone conclusion that Burns would play for Australia in international cricket.

Burns has scored 1379 runs from 21 Tests at 38.30 with four tons, including his top score of 180. He played his first Test against India in Melbourne in December 2014. He scored 13 and 9 in the two innings of a drawn match. He scored half-centuries in both innings of the next match of the series in Sydney. In that game, Australia batted first and Burns slotted in at number six in the batting order. He came to the wicket with the scoreboard reading 415 for 4 when Smith was dismissed. Burns made 58 and shared a 5th-wicket stand of 114 with Shaun Marsh to help Australia post an eventual score of 572/7 before they declared the innings closed. India replied with 475, handing the hosts a first-innings lead of 97. In their second knock, Australia scored 251/6 and put the Indians in, setting them a target of 349 to win. This time around, Burns made 66 off 39 with 8 fours and 3 sixes in a bid to help the hosts make a timely declaration. India replied with 252/7 in a match that ended without result. In November 2015 against New Zealand in Brisbane, Australia batted first and posted 556/4 before declaring the innings closed. Burns made 71 and was involved in a stand of 161 for the first wicket with David Warner. New Zealand were bowled out for 317, giving Australia a first-innings lead of 239. In their second knock, the hosts scored 264/4 before declaring and setting the Kiwis a target of 504. New Zealand could make only 295, giving Australia a 208-run win. Burns scored 129 in the second knock, his first Test ton. Burns’s next three-figure knock came in the second Test of a series on the West Indies tour of Australia in December 2015. Batting first, Australia declared at 551/3. Burns scored 128 and was involved in a 2nd-wicket stand of 258 with Usman Khawaja. Australia went on to win the match by 177 runs. In February 2016, on Australia’s tour of New Zealand, the hosts scored 370 in the first innings of a Test played in Christchurch. Australia replied with 505, riding on Burns’s innings of 170 and his third-wicket partnership of 289 with Smith. In their second outing, the Kiwis were bowled out for 335, leaving Australia to get 201 for victory. The hosts achieved the target for the loss of only 3 wickets, with Burns contributing 65. His match-winning knocks saw Burns named Man of the Match. Burns made his top score of 180 against Sri Lanka in Canberra in February 2019, helping Australia to post a first innings score of 534/5 declared. Sri Lanka replied with 215. Australia chose not to enforce the follow-on. In their second outing, the hosts made 196/3 before declaring and setting Sri Lanka a target of 516 to win. Sri Lanka collapsed for the second time in the match to be all out for 149, enabling Australia to win by 366 runs. Playing against Pakistan in Brisbane in November 2019, Burns missed a Test ton by 3 runs, when he was bowled by Yasir Shah after a 222-run opening stand with Warner. In Perth against New Zealand in December 2019, Australia batted first and posted 416 runs on the board. In reply, New Zealand got bowled out for 166. In their second knock, the hosts made 217/9 before declaring. With a set winning target of 468, the Kiwis could make only 171, enabling Australia to register a 296-run victory. Burns who was dropped from the squad in 2017 got a fresh lease of life when Warner served a ban in 2018/19. So far, he seems to have grabbed the opportunity with both hands. Burns last appeared in a Test against New Zealand in Sydney in January 2020, making 18 and 40 in the two innings of a match the hosts won by 279 runs.

Joe Burns has played 6 ODIs and scored 146 runs at 24.33 with the top score of 69. He played his first match against Ireland in Belfast on 27 August 2015. Batting first, Australia made 222/6 in 40.2 overs in a rain-curtailed game. Burns scored 69 off 70 balls with 7 fours and a six, his highest ODI score. He was involved in a 139-run partnership for the first wicket with Warner. In reply, Ireland were bowled out for 157 in 23.4 overs, handing Australia a 23-run win by the D/L method. Against England in Southampton in September 2015, Burns made 44 off 53 balls with 5 fours in Australia’s first innings score of 305/6. During his knock, he was involved in a first-wicket stand of 76 with Warner. Australia won the game by 59 runs after bowling England out for 246. In the next game at Lord’s, Burns made 22 off 26 before he was out, bowled by Finn. Australia posted 309/7 before bowling out England for 245 to emerge winners by 64 runs. Burns last appeared in an ODI against England held in Manchester in September 2015. 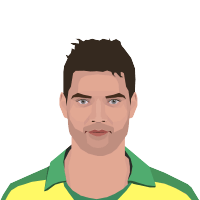 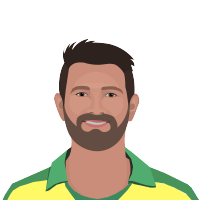 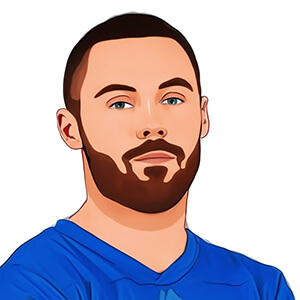