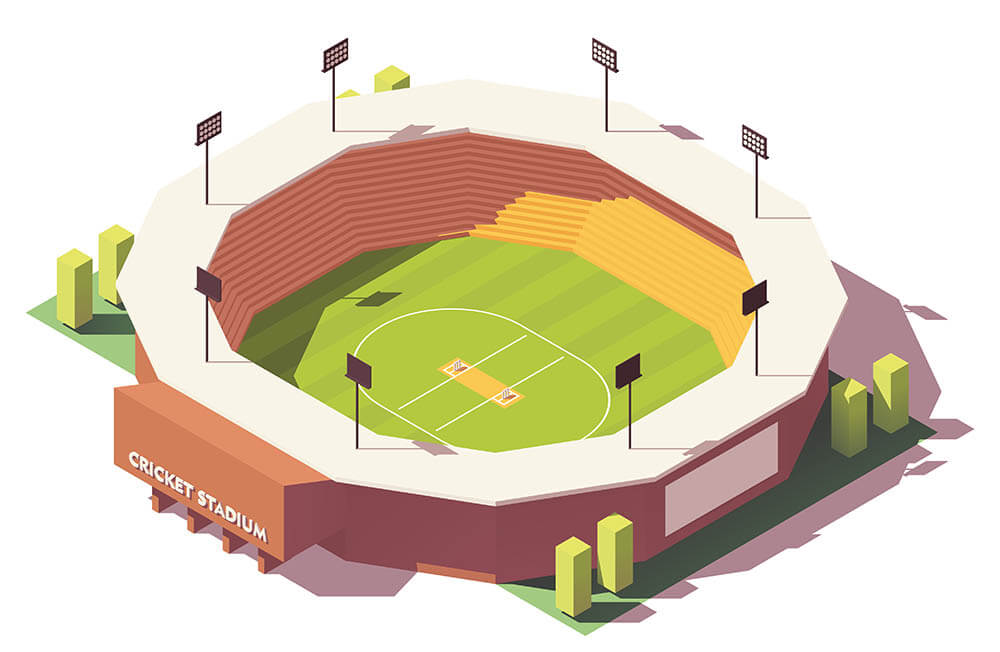 In this article, we preview Auckland Aces vs Otago Volts, match 27 of the Super Smash League at Eden Park Outer Oval in Auckland on 1 February. Auckland are currently at the bottom of the points table, placed 6th after seven games, while Otago are one rung above them, fifth. 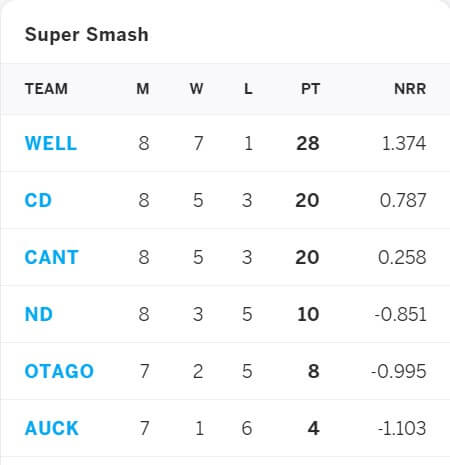 In Auckland’s last match against Canterbury on 11 January, Canterbury batted first and posted 154/6. Ross ter Braak (2/24) was Auckland’s most successful bowler, while Danu Ferns (2/26), Louis Delport (1/29) and William Sommerville (1/38) shared the other wickets that fell. When Auckland replied, they got off to a bad start losing 2 wickets for 20 before Sean Solia (55 off 42 balls) and William O’Donnell (50 not out in 44 balls) got together in a 77-run stand for the third wicket. Though Ben Horne (27 off 16 balls) joined O’Donnell in a 41-run fifth-wicket stand, Auckland were restricted to 147/5 and fell to their sixth defeat in 7 games.

Otago played their last game against Wellington on 14 January. Otago batted first to score 167/5 in their allotted overs. After they lost 4 wickets for 68, Neil Broom was joined by Anaru Kitchen in a 69-run stand for the fifth wicket. But after Broom was out for 57 off 48 balls, Otago added only 30 more runs. Kitchen stayed unbeaten on 57 off 32 balls. Wellington chased down the target in 16.3 overs with 5 wickets to spare. Michael Rippon took 2/23, while Mitchell McClenaghan (2/37) and Matthew Bacon took the other wickets to fall.

In the first match between Otago and Auckland in Alexandra on 28 December 2020, Otago beat Auckland by 45 runs. Batting first, the hosts scored 219/7 before going on to dismiss Auckland for 174. Lew Johnson (72 off 44 balls) became the top scorer for Otago, while Hamish Rutherford (25), Neil Broom (30), Nick Kelly (27) and Mitch Renwick (42) made useful contributions. Danru Ferns took 3/43 for Auckland, while Glenn Philips (2/22), Olly Pringle (1/35) and William Somerville (1/51) also took wickets. When Auckland batted, they collapsed from the relative comfort of 85/3 in 10 overs to finish at 174 all out in 19.5 overs. Among Otago bowlers, Matthew Bacon (3/18) was the most impressive, while all the other bowlers Duffy, McClenaghan, Kitchen and Rippon chipped in with a wicket each.

In the head-to-head comparison between the sides, Auckland have established a 15-11 advantage over Otago. There is not much to choose between the sides, given their recent form. Nevertheless, Otago hold an edge, however, a slight one. 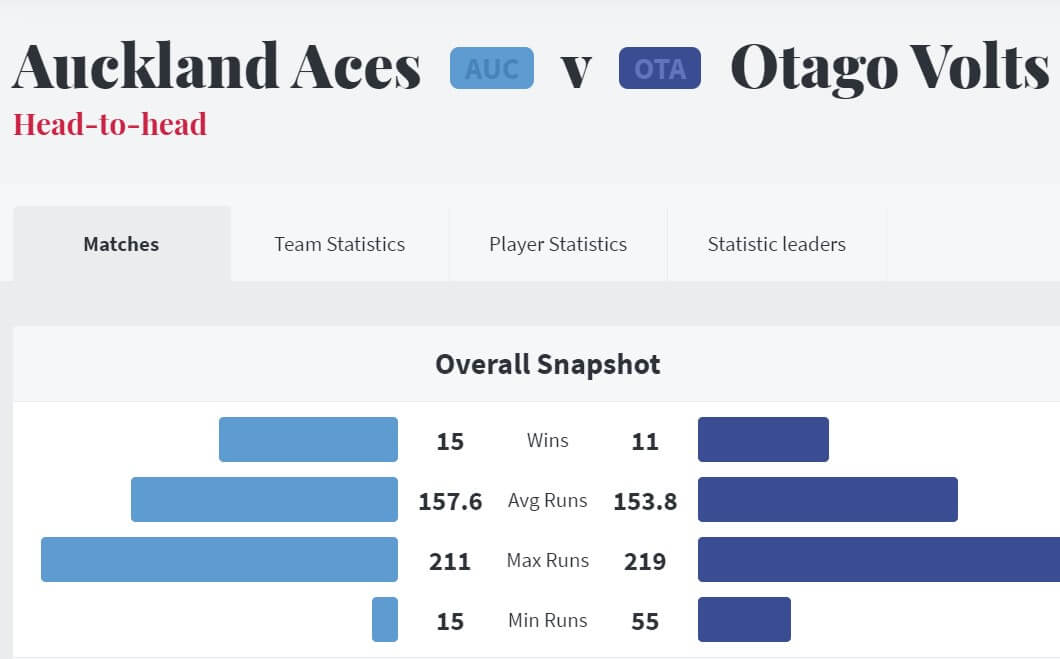