ECB Calls Off the England Tour of South Africa 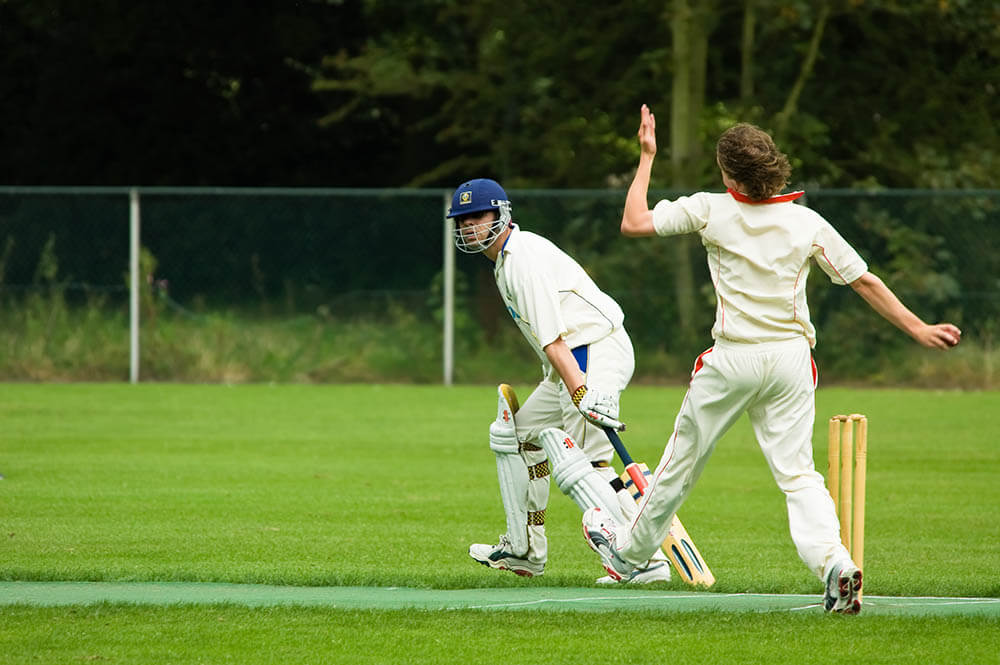 The English Cricket Board (ECB) has decided to call off England’s tour of South Africa after several members of both squads and staff at their hotel were reported to have tested positive for Covid-19. Cricket South Africa (CSA) has yet to issue an official confirmation of the decision which has come after the first ODI of the series was postponed three times in four days. The match, which was originally scheduled to be played in Newlands on 3 December, was rescheduled to be played in Paarl on 5 December and rescheduled yet again to take place in Newlands on 6 December.

The tour appeared to have got off to a positive start after the teams were able to complete the 3-match T20I series without hitch. However, the problems began ahead of the first ODI scheduled to played in Newlands on 3 December after a player in the South Africa squad tested positive for Covid-19. The match was postponed to Sunday. After a couple of positive Covid-19 tests among staff members at the Vineyard Hotel, where the teams were housed, CSA decided to delay the ODI that was rescheduled to be played in Newlands on 6 December.

After many players tested positive for Covid-19, a cloud of uncertainty has been hanging over England’s tour of South Africa. To add to the problems, a retesting round on 5 December revealed that two members of the England squad had tested positive, though the news remained ‘unconfirmed.’ Depending on subsequent ratification of these results, CSA and the ECB were to confer about whether the tour would go ahead. If the unconfirmed positives had turned out to be negative, the ODI series could still have been completed by playing back-to-back matches on Tuesday and Wednesday.

With the latest decision, said to have been taken at ECB’s behest, the England squad is expected to fly back on Thursday. There were suggestions in South African media reports that Covid protocols had been breached by the England squad during a practice session (claimed not to have been sanctioned by CSA) ahead of the 1st ODI originally scheduled to be played last Friday. Team England spokesman denied the accusations and said that the squad had been allowed to practice at the nets with a secure cordon around it. The nets themselves were in proximity of a construction site after the tourists had complained about the “unacceptable’ standards of the practice facilities at the Newland square.

Knock Off Effects of ECB Decision

The England team continue to self-isolate in keeping with the guidelines of South Africa while awaiting the confirmation of the presence of Covid-19. If the ‘unconfirmed’ positives referred to earlier were ratified, the players who tested positive would have to remain in quarantine for a further 10-day period at the hotel, in addition to any individual(s) who had come in contact with them. Those players would not be able to fly home with the rest of the squad on Thursday. Other knock-on effects could also arise if the unconfirmed positives were ratified. Some players contracted to play in the Big Bash League may have to miss out on the opportunity. Jason Roy, Liam Livingstone, Lewis Gregory, Tom Curran and Sam Billings have all signed up to play in the BBL and would have to serve a 14-day quarantine upon arrival in Australia. With the BBL due to begin on 10 December and run for about two months, any delayed departure from South Africa could prevent players from full participation in the T20 league.

For a timeline of events that preceded the decision to call off the tour, look at the chart below: 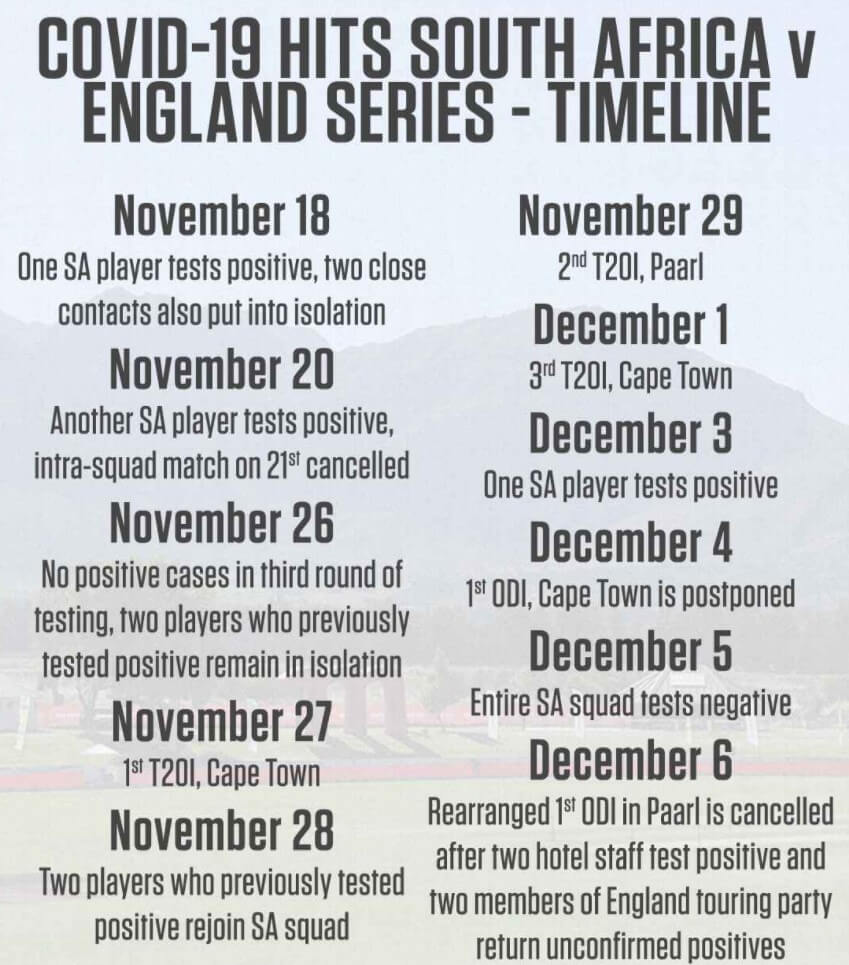