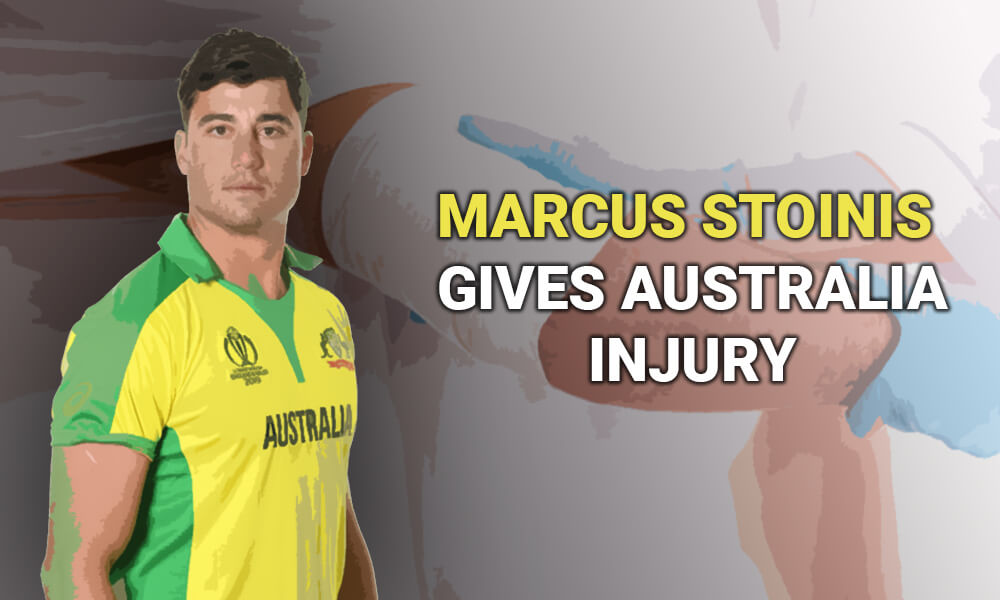 Marcus Stoinis suffered an injury during Delhi Capitals’ first game of the 2nd leg of the IPL 2021. After bowling seven balls in the match against Sunrisers Hyderabad on September 22, Stoinis limped off after he had apparently hurt his hamstring. Stoinis had earlier suffered a back injury while training with Western Australia. With barely a month to go before the T20 World Cup, Australia are concerned about how severe the all-rounder’s latest injury is.

Stoinis Opted out of Tours of WI and BD

Stoinis is one of several Australian players who preferred not to go on the tours of the West Indies and Bangladesh, citing bubble fatigue. He was looking forward to the IPL to tune up ahead of the World Cup.

In a recent interaction with the media, Stoinis has spoken about his desire to be counted among the world’s best finishers after Delhi Capitals coach Ricky Ponting assigned him the role. Stoinis — who opens the innings for Melbourne Stars in the Big Bash League (BBL) — could play a similar (finisher’s) role for Australia in the World Cup.

Were the current injury to prevent Stoinis from playing in the World Cup, he could be replaced by Dan Christian who has been named by cricket Australia as one of three travelling reserves in the national squad for the ICC global event.

Warner’s Form Another Worry for Australia

The match between Capitals and Sunrisers proved to be less than ideal from the Australian perspective. In addition to the injury sustained by Stoinis, Australia had another reason for dissatisfaction when Warner was out without scoring on the third ball he faced from Nortje in his first innings since the end of the first leg of the IPL. Warner was also among the Australian players who opted out of the tours to the Caribbean and to Bangladesh. In the first phase of the IPL, he was omitted from the playing eleven of Sunrisers for the first-ever time.

Preparation Worries with T20 World Cup Around the Corner

Other members of the Australian squad for the World Cup who are not participating in the IPL will arrive in the UAE in about two weeks. Before the World Cup begins, Australia are scheduled to play warm-up games versus India and New Zealand. Some of those Australia squad members could play a domestic game before leaving for the UAE. Mitchell Marsh worked himself into some degree of form with a ton for Western Australia versus South Australia on September 22; Ashton Agar and Josh Inglis also played for WA in that game. Kane Richardson — also in the national squad for the World Cup — was in the South Australia team.

Australia T20I skipper Aaron Finch is yet to recover from a knee injury that kept him from touring Bangladesh. New South Wales players included in the Australia squad for the World Cup will not have any practice matches after a failure to confirm their fixtures owing to border closures induced by pandemic-related fears.