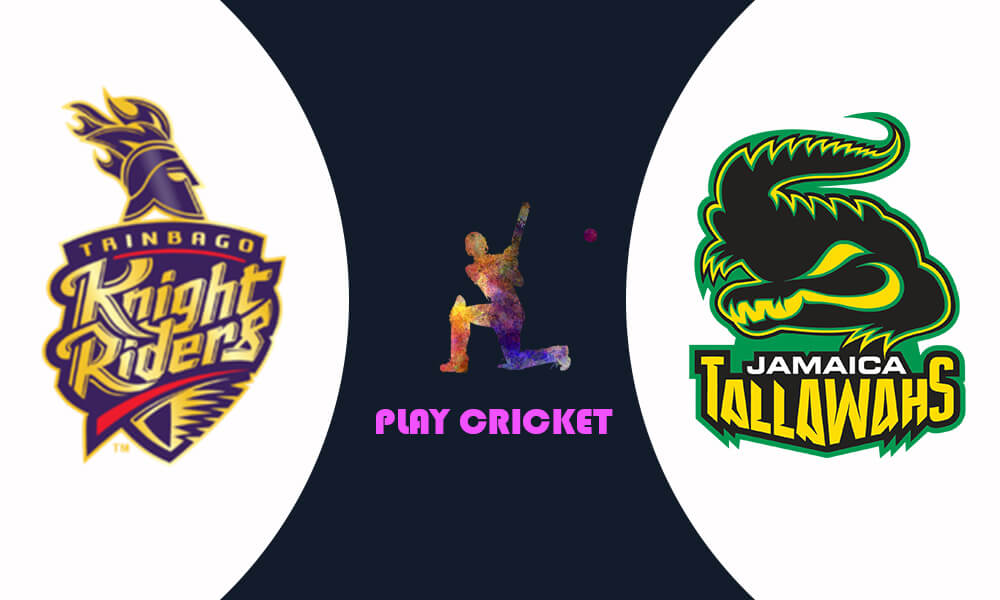 In this article, we preview Jamaica Tallawahs vs Trinbago Knight Riders, match 19 of CPL 2021 to be played on September 7 at Basseterre and name our dream11.

Seifert is our lone choice for wicketkeeper-batsman. He has had several good starts, with scores of 23, 15, 40 and 37 in his five innings so far.

Though Simmons has not played to potential, he showed what he could do with an innings of 70 in the previous game against Tallawahs on 5 September. He has also scored 25 in a match versus SLK. Munro has had useful innings of 40, 32, and 34 in his six games so far. Lewis has been one of the more consistent players for Tallawahs with innings of 48 against SLK and 89 versus BR. Brooks has scored 47 not out, 47, and 14 in his three innings so far.

Narine has taken wickets while being frugal with runs conceded in every match played so far. He has also made some useful scores. Udana has compensated with wickets for his lack of runs. His 5/21 versus BR has been one of the best bowling displays this season. Brathwaite has been brilliant with the bat, with scores of 29, 27 and 58.

Rampaul has been the outstanding bowler of the competition so far with 15 wickets in six games. Pretorius has been a revelation with the ball for Tallawahs, taking 4 wickets in a match on two separate occasions. Hossein has been another consistent wicket taker in every game he has played.

Narine and Rampaul are respectively the captain and vice-captain of our dream11.

We have selected our Dream11 based on previous performances of various players involved in the ongoing competition. 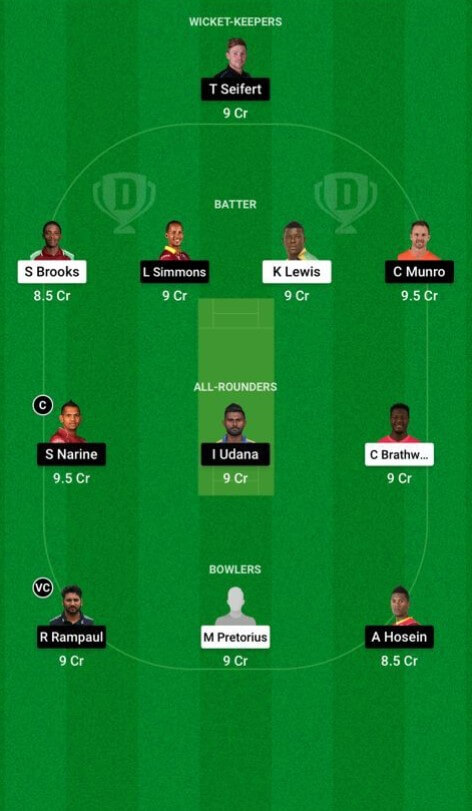