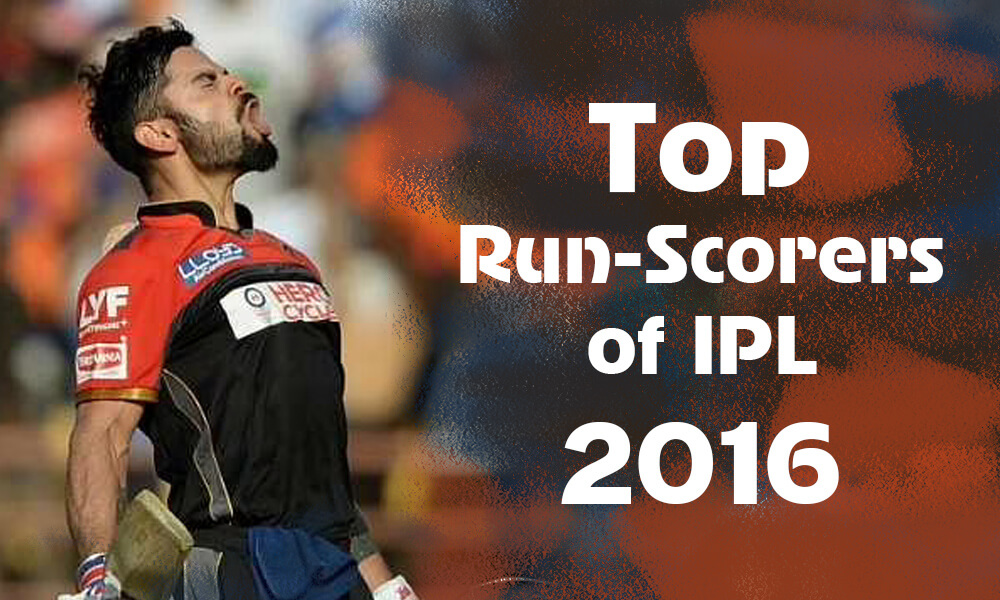 IPL 2016 was as full of fire as a cricket fan expects the tournament to be. In the end, Sunrisers Hyderabad emerged victorious and Royal Challengers Bangalore ended up as runners-ups. In all the matches that were played, these are the batsmen who scored the most runs in IPL 2016.

This powerhouse performer has several match innings to his name. For the ninth edition of the tournament, Dhawan hit 501 total runs in seventeen matches, which included four half-centuries. The best innings from him was 82 not out. He also had an average of 38.53 and a strike rate of 116.78.

Dhawan can be aptly called the silent killer from Sunrisers Hyderabad in IPL 2016. He let David Warner overshadow him only to be one of the leading run-scorers for the team that won IPL 2016.

The performance of the KKR captain was critical to how they fared in 2016. In this season, he scored a total of 501 runs in fifteen matches, which included five half-centuries. His strike rate was 121.89 and his season average was 39.53. His brilliant 90 not out was the performance to watch.

Thanks to his performance and guidance, KKR won eight matches out of fifteen to reach the play-offs. Unfortunately, the team could not make it past the fourth position. Gambhir was the top scorer and Russell was the top wicket-taker for the team.

AB de Villiers, the prolific hitter, was a part of the glam Bangalore squad for the season. He showed that Bangalore had made the right choice in him by hitting 685 runs in sixteen matches, which included one century and six half-centuries. His strike rate was 168.79 and his season average was 52.84. 129 runs were his best from IPL 2016.

As one of the top scorers in IPL 2016, he helped Royal Challengers Bangalore to inch closer to the title. Though they could not win the tournament, their performance was pretty remarkable as they finished second. AB de Villiers was the second-highest scorer of the team in IPL 2016.

The captain of Sunrisers Hyderabad led from the front with his leadership and batting skills. In this season, Warner was full of fire as he hit 848 runs in seventeen matches that included nine half-centuries. 60.57 was his season average and 151.42 was his strike rate. 93 not out was the best score he had in this season.

His efforts were amply supported by Shikhar Dhawan, which helped Sunrisers bring home the trophy for this season.

The team managed to win eleven out of seventeen matches. David Warner had three player-of-the-match titles in the bag.

The skipper of Royal Challengers Bangalore was the most brilliant scorer in IPL 2016. For this installment of IPL, Virat Kohli hit 973 runs in 16 matches, which included seven half-centuries and four centuries. The season-average of this IPL 2016 Orange Cap winner was 81.08, with a strike rate of 152.03. 113 was his best in IPL 2016.

Kohli and Villiers together took the team pretty close to winning the IPL title, which eluded them once more. They could not lift the trophy and ended up as the runners ups.