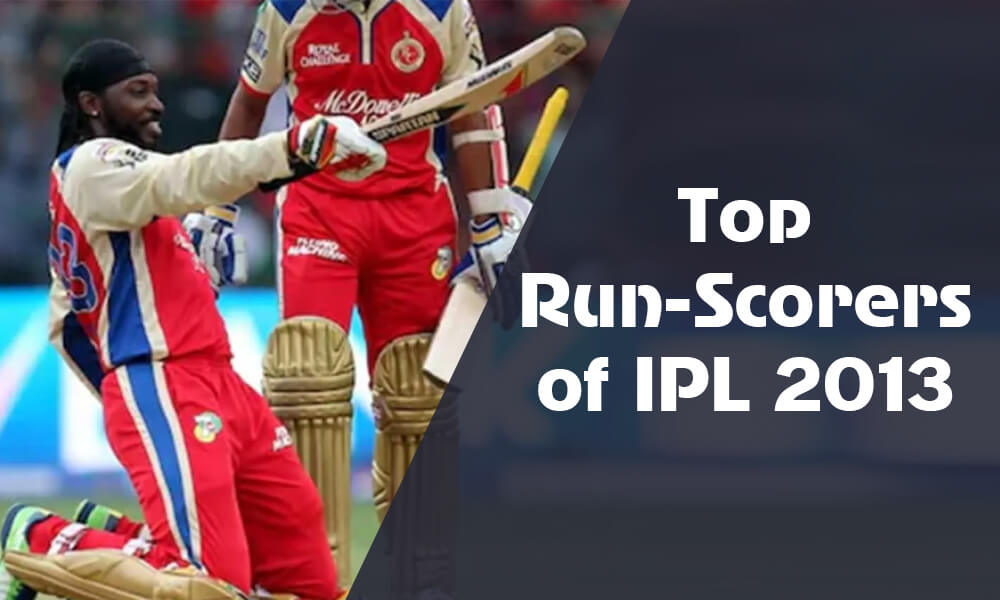 The Indian Premier League 2013 was the sixth edition of the popular tournament. Like all other seasons before that, this season was equally full of fiery shots and exciting gameplay. Ultimately, Chennai Super Kings and Mumbai Indians entered the final, and the latter came out on the top. Here are the players who scored the most runs in IPL 2013.

This all-rounder from Australia was representing Rajasthan Royals in the Indian Premier League 2013. The fiery opener reached the fifth position on the list of the most runs in IPL 2013. He hit 543 runs in 16 IPL matches, which included two fifties and one century. His best performance in this year’s IPL was 101. In this season, 38.78 was his average and 142.89 was his strike rate.

His team lost seven and won eleven to reach the qualifier. Finally, they finished in third position after losing the second qualifier match to Mumbai Indians – the ultimate champion of the season.

This maverick left-handed batsman from UP was a part of Chennai Super Kings in the 2013 version of the Indian Premier League. As a middle-order batsman in the season, Raina had hit 548 runs in 18 matches including four half-centuries and one century. His average for the season was 42.15 and 150.13 was his strike rate. 100 is the best he scored this season.

Chennai Super Kings, his team, happened to be the semifinalists who could not win the trophy and ended up at the second position.

The top-order batsman from Delhi was one of the most brilliant scorers in IPL 2013. For this installment of IPL, Virat Kohli hit 634 runs in 16 matches, which included six half-centuries. The season-average of this skilled cricketer was 45.28, with a strike rate of 138.73. 99 was his best in IPL 2013.

The IPL title eluded the Bangalore team once more. They could not lift the trophy or even qualify in the playoffs.

Explosive is the word that best describes this Caribbean cricketer once he settles down on that pitch. This left-handed opener was representing Royal Challengers Bangalore.

In this edition, Gayle scored a total of 708 runs in 16 matches, which included four half-centuries and one century. 59 was his season average and 156.29 was his strike rate. He knocked it out of the park with the highest score of the season – 175 not out.

Nicknamed Mr. Cricket, Mike Hussey was representing Chennai Super Kings in this edition of IPL. The Aussie batsman hit 733 runs in 17 matches to win the Orange Cap for IPL 2013. He had a season average of 52.35, the best season score of 95, and a strike rate of 129.50. He also had six half-centuries.

Thanks to players like Mike Hussey, Suresh Raina, and MS Dhoni, the team entered the finals and ended the tournament as the second finalist of IPL 2013.

Complete List of IPL 2013 Most Runs: The Top Ten