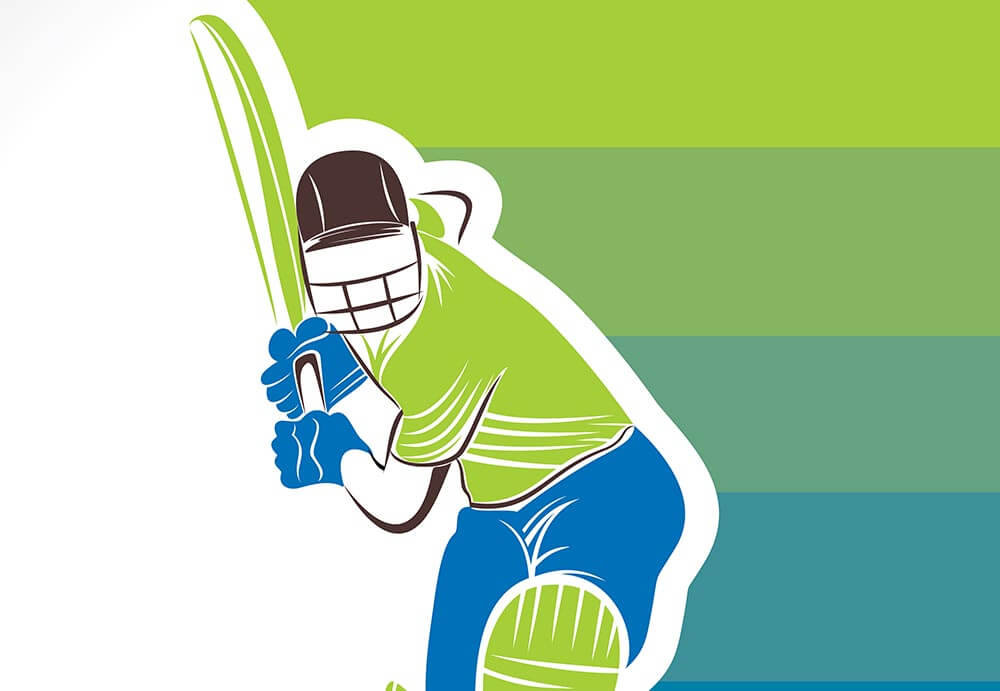 In this article, we preview Queensland vs SA, the Sheffield Shield game to be played from March 23 to 26. After five matches, Queensland are in 2nd place on the points table, with 3 wins and a draw, while SA, who have played 6 games and lost 3, are at the bottom. 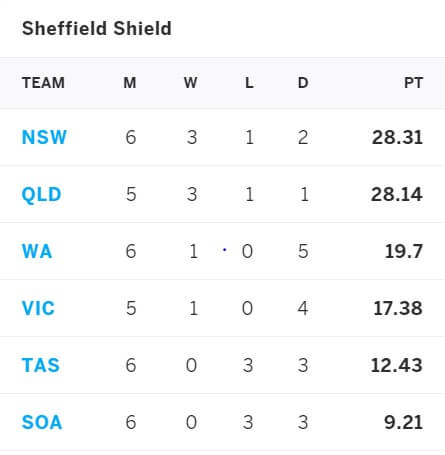 In their last Shield game, SA hosted NSW in Adelaide from March 6 to 10. SA batted first and Alex Carey scored 125 to help his side to a score of 482/8 declared, with supporting fifties by Weatherald, Head, Nielsen, Lehmann, and Sayers. In reply, NSW declared their innings at 366/7, with Chadd Sayers (1/45), Daniel Worrall (2/81), David Grant 2/81 and Joe Medew-Ewen (2/105) taking wickets for SA. Building on a first-innings lead of 116, SA scored 178/6 declared in their second knock to set NSW 295 to win. The declaration proved too sporting for SA’s own good as NSW managed to chase down the target with 6 wickets to spare.

In their last Shield game, Queensland hosted Western Australia from March 6 to 10. WA batted first and scored 458/5 declared, thanks largely to a brilliant 251 by Cameron Green. Jack Wildermuth (2/60), Mark Steketee (1/88) and Matthew Kuhnemann (2/85) were among the wicket-takers for Queensland. When Queensland batted, they posted a mammoth score of 600/9 declared on the back of tons by Bryce Street (117) and Matt Renshaw (139). Marnus Labuschagne, Jimmy Pearson and Jack Wildermuth contributed fifties. The match ended in a draw after WA made 178/4 in their second knock; Wildermuth (2/30) and Brendan Doggett (2/30) took the wickets.

In the previous Shield match between Queensland and South Australia played in Adelaide in November, Queensland batted first and scored 496/5 declared on the back of centuries by Usman Khawaja, Matt Renshaw and Jimmy Pearson. For SA, Chadd Sayers (2/980), Wes Agar (1/99) and Lloyd Pope (1/169) took wickets. When SA batted, they were bowled out for 154, thanks to hauls of 5/55 by Mitchell Swepson and 3/20 by Brendan Doggett for Queensland. Sniffing a win, Queensland declared their second innings at 105/3. Set 448 to win, SA made a valiant effort, reaching a score of 385 before being bowled out, thanks to innings of 97 by Callum Ferguson, and 114 by Harry Nielsen.

We believe that Queensland will beat South Australia in the Sheffield Shield game from 23 to 26 March 2021.

Queensland appear set to leapfrog New South Wales to first place on the points table. Given the form of the two sides as evident from their recent performances, Queensland are likely to prove a bridge too far for South Australia who need their players to perform more consistently if they are to make a mark this Shield season.