How to Play the Helicopter Shot in Cricket 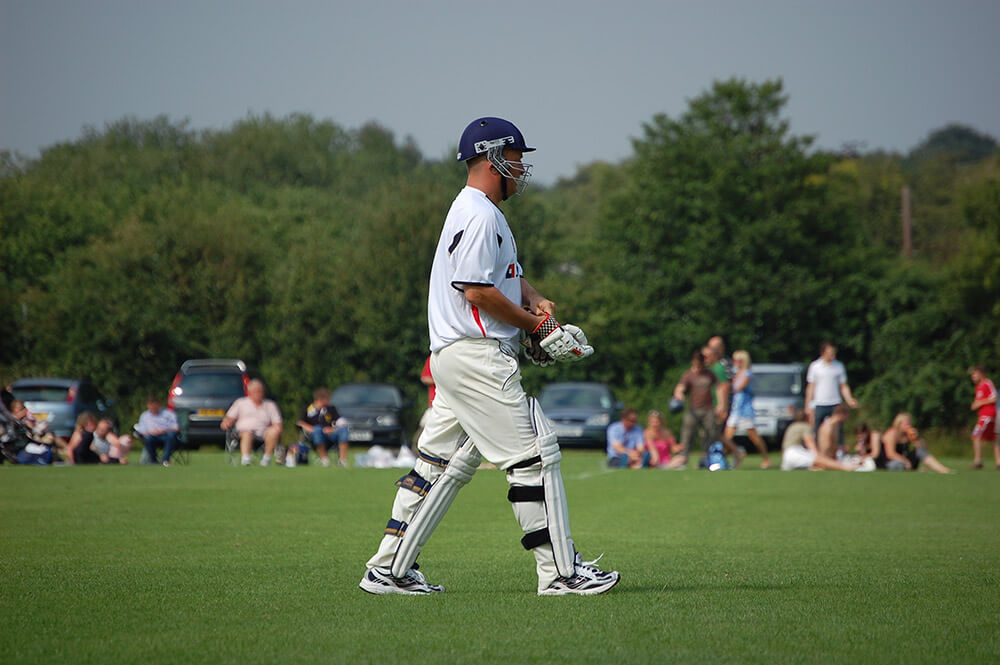 Cricket is a game of innovation. You get to see cricketers coming up with new ways of taking wickets and scoring runs. As the game gained publicity and got diversified, every country had different playing conditions and its own way of playing good cricket. In the subcontinent, bowlers have introduced the art of reverse swing as the conditions are very dry and the bowl gets roughed up quickly. English bowlers have mastered the art of swinging the bowl in cloudy conditions. On the other hand, pitches in the subcontinent get weary and spinners dominate the game. Similarly, batsmen come with a game plan to dominate the bowlers and develop their shots according to the conditions. In limited overs, piling up as many runs is every team’s goal. To achieve this, batsmen have revolutionised batting with unconventional unorthodox shots.

Some of the shots have gained much attention and have been known by the cricketers who invented it. The Switch Hit by Kevin Petersen, the Upper Cut by Sachin Tendulkar, the Dilly Scoop by TM Dilshan, the Marillier Shot by Douglas Marillier, the Eoin Morgan Reverse Sweep and above all comes the Helicopter Shot introduced by Mahindra Singh Dhoni.

Mahindra Singh Dhoni or Mahi mastered the shot taken from his childhood friend Santosh Lal, who would play this shot to impress his girlfriend. Mahi and Santosh were childhood best friends and they played cricket together. They worked in the railways together, travelling to take part in their state matches. Mahi used to ask Santosh to teach him how to play the shot which they used to call “Thappad Shot” or the “Slap Shot.” In return, Mahi would offer him samosas. Santosh, unfortunately, passed away at a young age of 32 because of pancreatitis. Dhoni patented the shot, but it was Santosh who was its master and whenever Dhoni played the shot, it would certainly remind him of Santosh. He did not live for a long while but his innovation would stay forever and be remembered as the Helicopter Shot.

Where Did the Name Come From?

The Helicopter shot is self-explanatory by its name. Whipping the ball with brute force turns the bat 360 degrees in the air just like helicopter blades. After contacting the bat, the ball launches in the air the same way as a helicopter lifts off. The shot got more famous when PepsiCo made an advertisement before the ICC Cricket World Cup 2011 in which Dhoni was showing how the shot was played. The first time Mahi played this shot was in a match against England in 2006 at Goa on the bowling of fast bowler James Anderson. The first time people witnessed the shot, it sent shivers up and down the spine of commentators and everyone was in awe of it.

A Variant of the Helicopter Shot

Cricketers other than MS Dhoni have also played a similar variant of the shot. Before him, the first time anyone saw a similar shot was when it was made by Muhammad Azharuddin, the veteran Indian cricketer and captain. He played this shot against South Africa in 1990 at the famous Eden Gardens. In 2002, Sachin Tendulkar hit his variant against England at Chester Lee-Street. This shot came after scoring his 32nd ODI century. But it was Mahi who introduced this shot in cricket, demonstrating a proper technique when playing it.

How to Play the Shot?

The helicopter shot is not an easy one to play. After analysing the way MS Dhoni had done it, cricket coaches developed a proper training technique to master the shot. Coaches and cricket experts broke it down and made tutorials for new and evolving cricketers.

In order to make the shot, strong wrists and strong shoulders are required. The length of the ball on which the helicopter shot is played is a full-length or a yorker-length delivery. As the bowler approaches the popping crease, you should wait for the ball by getting deeper into the crease and putting your back foot just a little behind. The second step is to open the front foot once the line and length of the delivery have been picked. For this shot, you need to have a high backlift in order to generate speed and power. So, the third thing that comes after opening the stance is lifting the bat a bit high with shoulders and wrists. This is the perfect position and stance to hit a full-length bowl. All that needs to be done after the proper stance is achieved is to whip the ball with brute force all over the fence. The contact with the ball must be close to the feet. The front leg needs to be balanced otherwise there would be less power generated. The maximum force comes when the bat is rotated 360 degrees in the air generating a sound of helicopter blades.

Helicopter Shot: When and Where?

The helicopter shot is played by Dhoni in the death overs when bowlers are trying to contain. In order to stop the flow of the runs, bowlers bowl yorker length. It is difficult to play a yorker, especially for a six. This shot gives a scoring chance to the batsmen and helps them add meaningful total on the board. The ball, after taking a hit from the bat, launches in the air over midwicket or long on, landing in the stands. Dhoni has ever so often played this shot that bowlers hardly get an area to bowl to him. So devastating is Dhoni in the latter part of the innings.

The shot is now played by other cricketers as well. You get to see Rashid Khan, the Afghan youngster, playing the shot. Hardik Pandya has been playing the shot and fans have started to compare who is better between the two in playing it.

The helicopter shot has gained popularity over the years. It has attracted some new fans to the game and it has become a new addition to the cricket shots manual. Dhoni could have easily taken the credit for the shot but he did not forget its roots. In a Bollywood movie based on Mahi’s life story, “M.S Dhoni-The Untold Story”, there is a part in which Santosh Lal teaches Mahi how to play the shot. Whenever someone talks about the helicopter shot, the first person that comes to your mind is Mahi but Mahi has given the due credit to the deserved man. What kind of guy he is? The one that has all the reasons to be adored by the fans.