Cricket Life > Articles > Tips > How to Throw a Cricket Ball
Follow us:

How to Throw a Cricket Ball 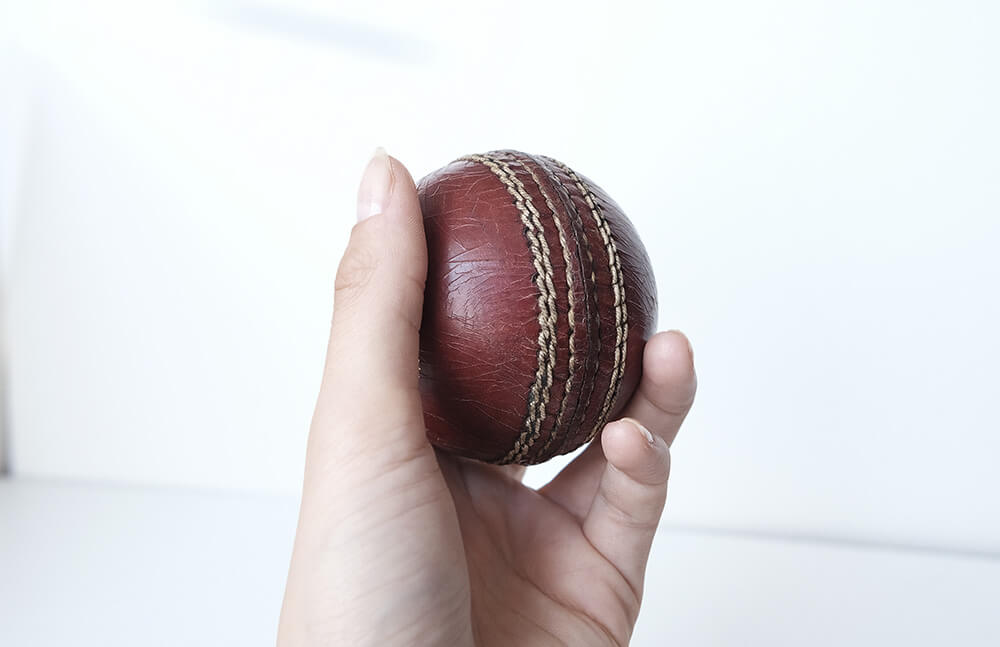 Fielding is a huge part of the game. There is a lot of focus and attention given to the two main aspects of batting and bowling. However, the third aspect, fielding, cannot be undermined either. It forms a vital component and it is important for teams to field well. We’ve seen multiple times that fielding makes a huge difference in a tight game.

Fielding is just not about taking catches. Ground fielding and throwing is a very important part of it as well. In fact, throwing a cricket ball is a very underrated skill. A good throw from anywhere on the field can send a positive statement to the opposition. Having a good throw could well keep the opposition in check and they might not risk the additional run when the ball is hit to you.

How to Throw a Cricket Ball Long-Distance

One of the key aspects of fielding is throwing the ball back to the bowler or wicket-keeper from the deep. For that, a strong arm is essential. There are different ways to throw the ball back from the boundary rope. Some players loop the ball back in and some of them throw it straight and flat. The latter is usually considered a better option as it reduces the chances of batsmen going for an extra run.

For that, strong muscles and core strength in the shoulders is important. The throw needs to be in and around the stumps as well (ideally right above the stumps if it’s not a direct hit). First, the ball needs to be collected cleanly and you need to get rid of the ball quickly. Also, the judgment needs to be made at which end should the ball be thrown.

There are various bowling techniques in cricket and it depends on what type of bowler one is. One can be a fast bowler, off-spinner or a leg-spinner. Each of the variants has different mechanisms that are involved while bowling.

The fast bowlers can be of left or right arm. They take a longer run-up to build some momentum to the crease. They sprint from their bowling mark and their speed gradually increases as they approach the popping crease. As soon as they reach the umpire and the stumps at the non-striker’s end, they load their delivery, take the ball up and have a small jump and deliver the ball with their arm rolling over their shoulder quickly. The jump and the arm speed is different for every bowler. They usually have the ball held on the seam or there are different variations in holding the seam as well and it is used to get some movement on the ball or to change things up.

If they are bowling with the new ball and have the shiny part of the ball on the outside, the delivery is expected to be an in-swinger i.e. the ball moves back into the right-hander and leaves the left-hander. It’s vice versa for outswinger. If the ball is old and the ball is swinging in the direction of the shine, then it is reverse swing.

There are a lot of mechanics that go into fast bowling and every part of the body from shoulders to hips and feet is involved. Hence, there is a slight tendency of fast bowlers getting injured more often.

Spinners: These are bowlers who take shorter run-ups and don’t really run to the crease to deliver the ball. There are two kinds of spinners – leg-spinners and off-spinners. There are quite a few variations that each of these types of bowlers bowl.

Off-spin: Off-spinners are the ones that turn the ball into the right-hander, turning the ball away from the left-hander. They usually grip the ball on the side of the seam with split fingers. Moreover, they have some variations as well. They have the stock delivery which is the off-spinner. They bowl the arm-ball which just goes straight on and doesn’t turn. The carrom ball or the doosra is one where the ball turns away from the right-hander instead of into him/her. Off-spinners are believed to be a lot more consistent than the leg-spinners. They only use their fingers to turn the ball.

Leg-spin: The leg-spinners are ones who turn the ball away from the right-hander and into the left-hander. They are also known as the wrist-spinners as there is a lot of wrist work involved in leg-spin bowling. Like off-spinners, they don’t have a big run-up and have a small jump at the crease on their delivery stride. However, they use their wrists to turn the ball. The leg-spinners have quite a few variations. They bowl their stock delivery, the leg-spinner. They have the googly which goes the other way – into the right-hander and away from the left-hander. They also bowl the top-spinner which generates more bounce than expected.

Mystery spin: In the modern days, there is a new breed of spinners coming up and those are the mystery spinners. They are known to turn the ball both ways and can be very effective. They are not really classified as off-spinners or leg-spinners. Mystery spinners have become key in the shorter formats, especially in T20 cricket. Their deception and variations have had a big impact already and are in high demand as well. Sunil Narine and Mujeeb Ur Rahman are two of the most prominent mystery spinners in world cricket at the moment.