IPL 2021 Suspended: Top 10 Batsmen to Have Hit Most Sixes this Season 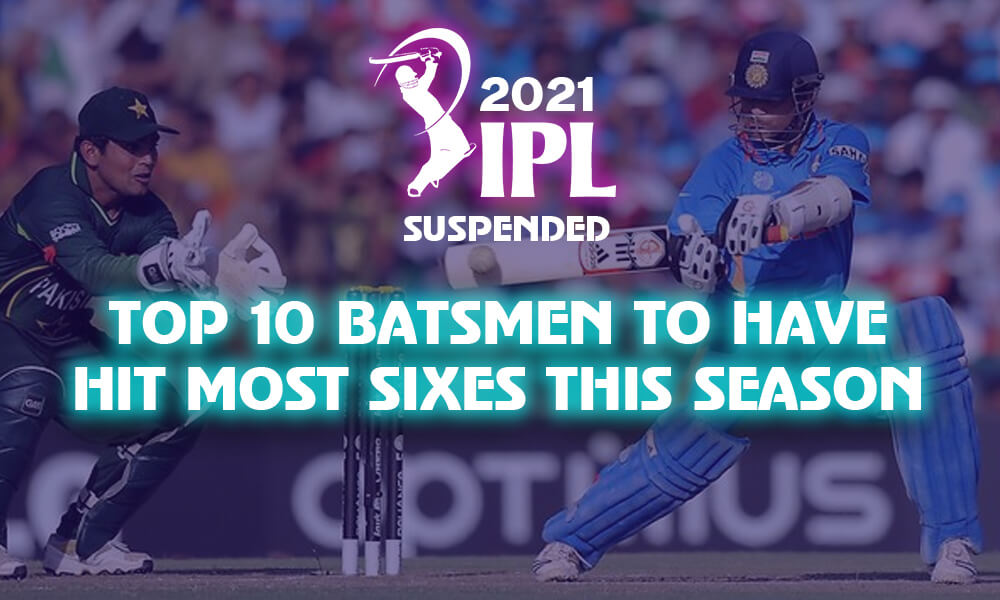 The IPL 2021 has been one of the most entertaining IPL tournaments in recent memory. There have been some incredible performances. However, the COVID crisis resulted in the tournament being put to a halt. As the scenario has improved, the second leg of the tournament will kickstart in the United Arab Emirates on September 19, 2021. While the entertainment is yet to start, the first leg has already seen some mind-boggling batting from superstars. There were some beautiful sixes hit out of the park. The IPL is all about entertainment and batsmen contribute to the majority of it. When it comes to hitting sixes, there are certain players who have been better than the rest. With that said, in this post, we will discuss the top players who have hit maximum sixes in the IPL so far.

Punjab Kings captain KL Rahul has hit 16 massive sixes so far in the tournament, which is the highest by any player. He is leading the charts with 331 runs that include four fifties and a whopping strike rate of 141.

Sunrisers Hyderabad wicket-keeper Jonny Bairstow is the second leading six-hitter on the IPL 2021 sixes list with 15 beautiful sixes. The explosive England opener has smashed 248 runs at a strike rate of 141.71, which is one of the best achievements by an opening batsman in the IPL.

Ambati Rayudu was seen in A-form in the first leg of the tournament as he has already smashed 13 sixes in the tournament. During Chennai Super Kings’ match against Mumbai Indians, Rayudu showcased his true self when he smacked the bowlers all over the park. His innings included 7 massive sixes.

Sharing the spot with Ambati Rayudu is his teammate Faf du Plessis, who has hit the same 13 sixes while playing for Chennai Super Kings. Former South African captain was in sublime form as he smacked the bowlers all over the ground with an impressive strike rate of 141.50.

Rajasthan Royal opener Jos Buttler has smashed the ball out of the park 13 times in this tournament so far. He showcased his A-game against Sunrisers Hyderabad when he smashed his maiden IPL hundred to help his team gain momentum in the tournament.

When it comes to T20 cricket, Andre Russell is all over the place. Whether it is batting, bowling, or fielding, he is a complete package. He is a power hitter and holds the ability to smash every ball out of the park. Russell has 12 sixes to his name so far.

The West Indian legend has been included in the IPL 2021 most sixes list as he has smashed 13 sixes in the tournament so far. He showed why he is the best T20 player during a match against Chennai Super Kings as he steered his team to a 4-wicket victory. His innings included 8 humongous sixes.

For most of the cricketing fans, it is a surprise to see Moeen Ali on the list of maximum sixes in the IPL 2021. Well, he has hit 12 beautiful sixes in the tournament so far for Royal Challengers Bangalore. He plays at number 3, which is usually not his position. Virat Kohli has certainly promoted him for a reason.

The Delhi opener has 11 sixes under his wings in the first leg of the tournament. He has continued the form he demonstrated during the Vijay Hazare trophy.

Mumbai captain and 5-time IPL winner Rohit Sharma is yet to come to form in this season. However, he has smashed 11 sixes in the tournament.

These are the top players to hit the most sixes in the IPL 2021. The second leg of the tournament is about to start in a week’s time and this order can change significantly.