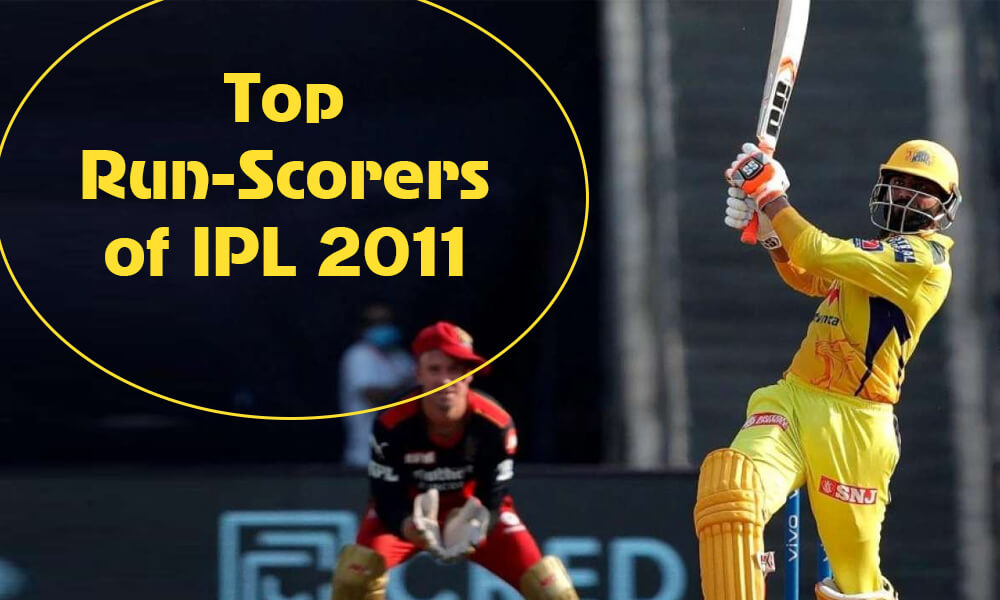 Like every other season of IPL, the fourth edition was full of fire and spunk. And these are the names of the batsmen who performed the most brilliantly in the tournament to score the most runs.

This Australian cricketer was part of the Chennai Super Kings in the Indian Premier League season 4. Michael Hussey reached the fifth spot in the list of the most runs in IPL 2011. In this season, Hussey had hit it out of the park with his 492 runs in fourteen IPL matches. His score included four half-centuries.

His best stint of the season was 83 not out. His average was 41 and the strike rate was 118.84. His performance was critical in helping Chennai Super Kings become winners of the season.

This cricketer from Western Australia was part of the Kings XI Punjab team back in 2011. His name comes up at the fourth position in this list of players with the highest runs in IPL 2011. In season four, Marsh had hit 504 runs in fourteen matches. The score included four half-centuries. Marsh’s average for the season was 42 and the strike rate was 146.52. His highest score for IPL 2011 was 95 runs.

However, he could not save the day for Kings XI Punjab. With seven wins and seven losses from the fourteen preliminary matches, Punjab was soon out of the tournament.

Sachin Tendulkar had left his mark even in IPL as he became the third-highest scorer in IPL 2011. With 553 runs in sixteen matches, he holds this position for IPL 2011 most runs. The score included two half-centuries and one hundred. The season-average for the cricket maestro was 42.53 and his excellent strike rate was 113.31. His best score of this season was 100 not out.

Inspired by his superb performances, Mumbai Indians reached the playoff qualifiers. They ended the season at the third position after a commendable and good attempt.

This power hitter from Delhi was a part of the Royal Challengers Bangalore squad in IPL 2011. As a top-order batsman, he delivered brilliantly in one match after another in 2011. For IPL 4, Kohli hit it off the park with 557 runs in 16 matches, which included four half-centuries. This maverick’s season average was 46.41 and his strike rate was 121.08. The best score from him for the season was 71.

Royals had made the best usage of his performance to take a shot at the champion’s title. However, their efforts fell short in the final.

It’s hard for bowlers to hold on to their attack when Gayle-storm hits. And that’s exactly what happened time and again in IPL 2011. Gayle hit it out of the park with a total of 408 runs in twelve matches that include three half-centuries and two centuries. The season-average from this strong hitter was 67.55 and his strike rate was a whopping 183.13. His best innings of the season was 107.

Apart from Virat Kohli, Gayle also played a major role in taking the team to the final. Even before the finals, Gayle had a major role to play in the ten matches won by his team.