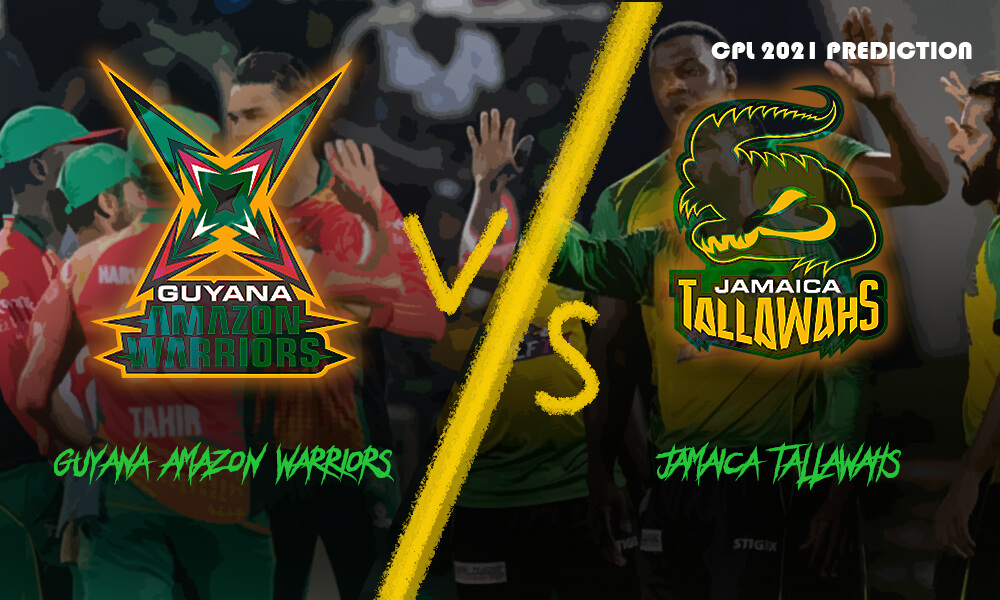 We present our dream11 prediction for the Caribbean Premier League 2021 match Guyana Amazon Warriors vs Jamaica Tallawahs at Basseterre on September 12.

Pooran is an automatic choice as keeper batsman, with innings of 23, 27, 41, and 25 to underscore his value. Kevin Lewis’s consistent run continued for Tallawahs versus Kings on 9 September when he scored 56 to add to his earlier knock of 48 and 89.

Likewise, Brooks scored 34 in the same game to add to his earlier innings of 47, 47 and 43. Brendon King’s innings of 77 versus Kings on 8 September helps him earn the 3rd batting slot in our dream11.

Brathwaite, who had earlier had scores of 29, 27 and 58 for Tallawahs, shone with ball versus Kings on 9 September, with figures of 2/13. Powell made 22 in the same game to add to his previous knocks of 37, 38, and 24. Russell is discovering his best form as we near the business end of the tournament. On 9 September, the Tallawahs allrounder scored 31 and took 2/34 in a match-winning effort against Kings. Imad Wasim is the 3rd allrounder in our dream11, winning the spot with 27 runs and figures of 3/34 versus Kings on 9 September.

Though Pretorius did not take wickets against Kings on 9 September, his previous figures of 4/32, 4/45 and 3/25, while taking 13 wickets in 6 games, make him indispensable in our dream11. Shepherd and Tahir have been a successful pair in the Warriors’ bowling line up with plenty of wickets. Shepherd has taken three-fors on four separate occasions, while Tahir has grabbed two or more in three games.

Our dream11 captain and vice-captain are Russell and Brathwaite.

We have selected the players in our dream11 based on the form displayed in previous matches of the competition. 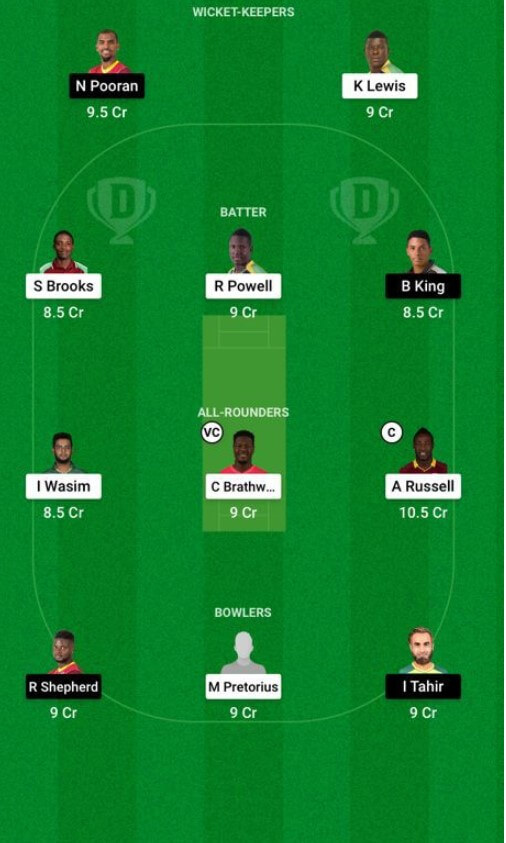