Stress Fracture Rules Archer out of all Cricket in 2021 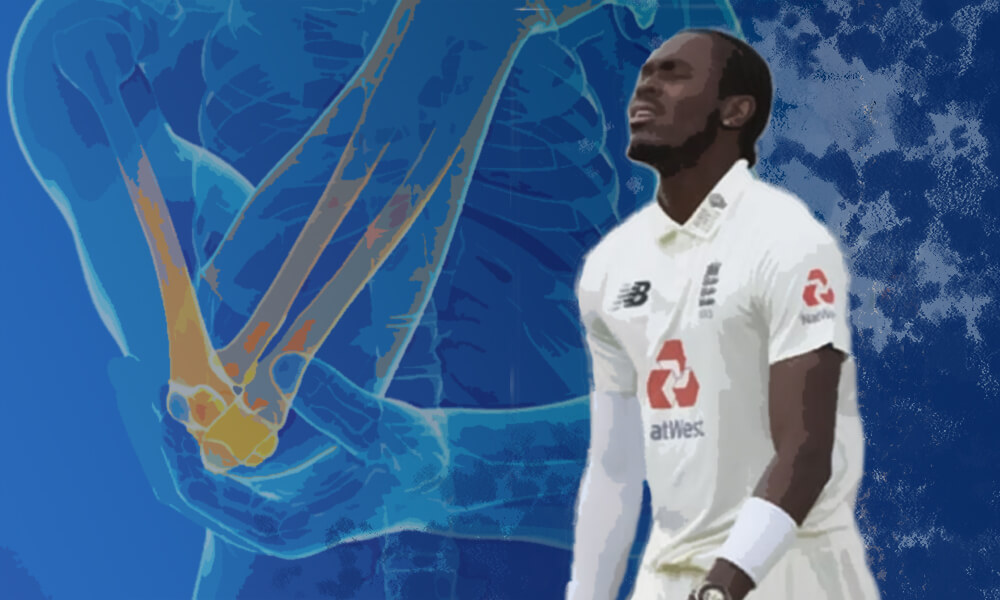 A recurring stress fracture in the right elbow has ruled Jofra Archer out of the game for the rest of 2021. Pain in the elbow caused the England paceman to return home from the tour of India at the start of 2021. He was also unable to take part in the IPL and had to undergo surgery in May for the removal of the bone fragments from his elbow.

Archer Subjected to Scans After Complaining of Discomfort

Recently, Archer returned to cricket to play for his county side, Sussex. After feeling increasing discomfort, he had more scans done on his elbow. From the scans it became obvious that the stress factor that he had first suffered in 2020 in South Africa had recurred. According to the ECB, there is no connection between the surgery and the stress fracture.

Ruled out of T20 World Cup and Ashes Series

Consequent to Archer’s planned withdrawal from cricket, the ECB has announced that the fast bowler will not feature in the Test series versus India, the T20 World Cup or the Ashes series versus Australia in December. After the problem first arose, Archer has featured in six Test matches, three one-day internationals, and 11 T20 internationals, raising question marks about the future of his cricketing career.

The ECB revealed the news of Archer’s withdrawal from cricket in a media release that read,

“The England and Wales Cricket Board can confirm that Archer underwent further scans on his injured right elbow last week. The scans revealed that he has suffered a recurrence of a stress fracture of his right elbow. In response to these findings, he has been ruled out for the rest of the year and will miss the current LV= Insurance Test series against India, the ICC Men’s T20 World Cup 2021 and the Ashes series in Australia. He will now spend time on an extended break from cricket before returning for a medical review in early autumn.”

Archer Could Opt out of Test Cricket

The twenty-six-year-old fast bowler appears to have the time to recover and continue his career. However, Archer could opt out of Test cricket and play only the white-ball game to prolong his involvement with international cricket.

Following the news of Archer’s career-threatening injury, England’s hopes of winning the Ashes have suffered a blow. Aiming to exploit the pace and bounce on Australian wickets, England had planned an attack that included Ollie Stone, Mark Wood and Archer. Ollie Stone is also recuperating from a stress fracture in his lower back.

Whether or not Archer’s cricket career continues, his past exploits have assured him a place in the cricketing history of the country. Archer played a huge role in England’s 2019 World Cup win with his bowling in the Super Over in the final firmly etched in the collective memory of observers of cricket. In the Ashes series following the World Cup, Archer bowled extremely fast spells.