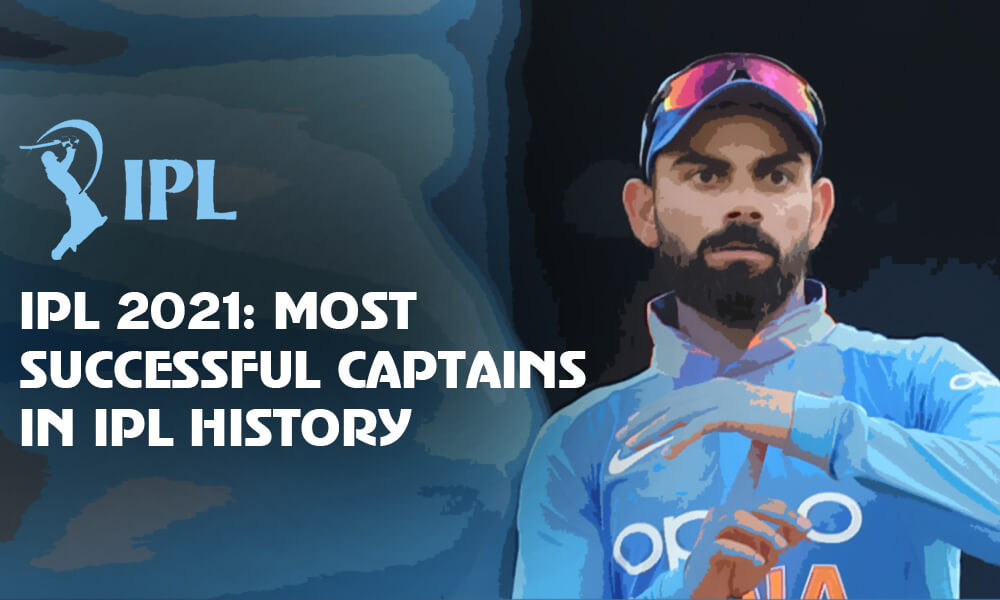 In its 13-year-long illustrious history, the IPL has seen a plethora of men step up to take the helm of their teams. Some of these were exemplary players in the international arena before they took on this daunting responsibility, while others were rising stars who were trusted by higher-ups.

Not every player – no matter how good of a cricketer – is cut out to be a captain, and in a cut-throat competition like the IPL, things can get dicey, to say the least. Even headlines like ‘World’s best captain in the IPL’ have only served to precede unfortunate runs of form or decision-making followed by demotion.

That being said, the IPL has witnessed some iconic captains over the years, with some of the best captains in the history of the IPL going on to conquer the world with their leadership and cricketing acumen. Some true greats of the game have been regular fixtures at the hallowed competition.

Given this grand setting and the storied history that forms the platform underneath, any curious mind would be inclined to ask, “Who is the best captain in the history of the IPL?”

Although the qualitative answer may be elusive as squads, teams, and form change constantly, its quantitative variant may be much easier to determine.

It is with this thought in mind that we at cric-life.com set about making a list of the five most successful captains in the history of the Indian Premier League. For this list, we will only be considering captains with more than 25 matches under their belt, as we believe it takes at least that long to determine the quality of a leader.

At number five we have the veteran Indian leggie. One of only two men to ever have taken 10 wickets in a Test innings, Kumble took over the leadership of Royal Challengers Bangalore from Kevin Pietersen in 2009 and continued until the end of the 2010 season. Although his greatest accomplishment remains coming in second place against the Deccan Chargers in his inaugural half-season as captain, Kumble, nevertheless, played a pivotal role in strengthening the foundations of an RCB team that had the talent but was missing the cohesion.

While certainly not hailed as one of the best captains of the IPL, Kumble did win 15 of his 26 games in charge, giving him a win rate of 57.69%.

The Little Master, the Master Blaster, the most beloved cricketer of all time, or the God of cricket – whatever you call him, he was unquestionably a legend. One would be hard-pressed to find a sportsperson as universally loved as Sachin Ramesh Tendulkar. While his straight drive might be the top reason for cricket fans outside of India, and his 100 centuries for his country the reason for Indians outside Mumbai to love him, but fans of Mumbai Indians will remember him extra fondly for the role he played as the captain of their franchise in its formative years.

He may have bombed as the captain of India in the 90s, but Tendulkar was a solid captain for his IPL franchise with 30 wins out of 51 matches at a win rate of 58.82%.

Tendulkar may be the most beloved Indian cricketer of all time, but Dhoni is definitely the most beloved captain. The man has won just about everything under the cricketing sun – the ODI World Cup, T20 World Cup, the Champion’s Trophy, the IPL thrice, and the Champion’s League twice. Although his skills with the bat have dwindled with age, he is rightfully known as a cricketing mastermind. Unquestionably one of the greatest finishers of all time with the bat, Dhoni has led Chennai Super Kings since the inaugural season of the IPL with a brief stint with Rising Pune Supergiants for two years during which CSK were banned. If raw numbers decided this list, he would have topped it given the sheer number of matches he has played.

MSD was once the most successful captain of the IPL even in terms of win percentage until his record took a bit of a beating – first during his inaugural season with RPS, and then last year with CSK. As things stand, Dhoni is third in line with 115 wins out of 195, giving him a win rate of 59.27.

The Aussie maestro comes in second place as the only non-Indian to make this list. Smith also has the distinction of being the only player of these five to have played for three different franchises. While the three players mentioned so far were household names at the time of their inclusion in the IPL, Smith had to struggle to rise up the cricketing hierarchy. His humble beginnings came with the now-defunct Pune Warriors India, but he wouldn’t taste captaincy until joining the Rajasthan Royals in 2014. After being recruited by RPS in 2016, Smith took charge of them the following year and went on to lose that year’s final by an agonising one run. Since then, Smith has returned to RR, but the side is yet to find any decent success.

If you showed someone with no idea about cricket pictures of Rohit Sharma and Virat Kohli and asked them who they thought the most successful captain in IPL history was, chances are most would pick the latter. Unassuming, chilled out, and borderline portly, Sharma has a few enviable records in his name. Out of those, the ones relevant to this article are that he has the highest win percentage among IPL captains, and with 5 titles to his name, is inarguably the most successful IPL captain of all time. Since taking control of the Mumbai Indians’ wheel in 2013, he has elevated them into dynasty territory.

Cricket is a complex game with many different factors and dominant eras that change all the time. Who do you think might be able to equal or eventually break Sharma’s record?