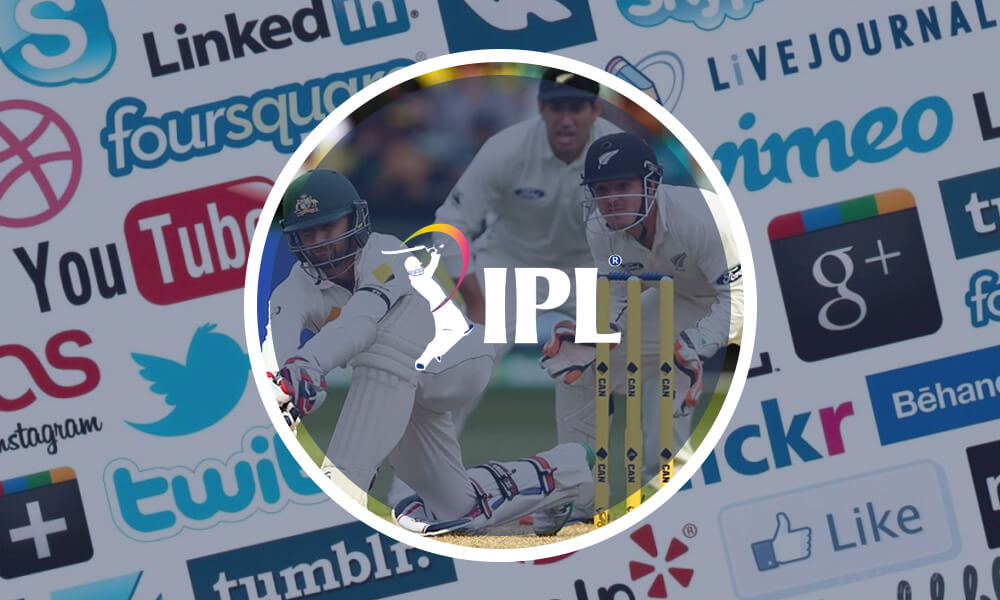 The Indian Premier League is one of the most competitive and popular T20 tournaments in the world of cricket. The tournament started off in 2007 as a platform for youngsters to show off their talent. After the success of the first season, the BCCI ensured that it was played every year.

Furthermore, smartphones and social media further added to the thrill of the IPL. These technologies ensured that people had real-time access to information related to the IPL. It significantly added to the teams’ popularity as well as the hype of the overall tournament. Fans eagerly wait every summer to see their favourite players from around the world battling out on the field.

Social media has always been an important part of the IPL’s presence. It is a platform where teams can interact with their fans and expand their fanbase. So which IPL team has the biggest number of fans? In this article, we are exploring teams in the IPL with the highest fanbase.

When you ask which IPL team is the most popular, it is no surprise to see Mumbai Indians’ name on the top. The franchise is the most successful team in the history of the IPL. And they have worked really hard for it as well. Mumbai Indians’ fortunes changed when they switched captains in the mid-tournament in 2013. Rohit Sharma was crowned as the skipper of MI, and he proved his worthiness by leading the team to its first title victory in the same year. Since then, he has been the captain of the team, and MI won the title in 2015, 2017, 2019 and 2020 as well. The franchise has always shown incredible consistency. Additionally, Mumbai Indians have excellent team management as well. They have used the large fan base of players like Rohit Sharma, Pollard, Pandya Brothers and Bumrah to their advantage. With every passing season, the fanbase of this team continues to grow across social media platforms.

After Mumbai Indians, Chennai Super Kings is the team that has created a lot of buzz. It is among the IPL teams with the most fans, and rightfully so. The team has a solid lineup that keeps the fans on their toes every season. Most of the time, Chennai Super Kings have managed to make it to the playoffs. It was only the last season when the franchise did not manage to be a part of the playoffs. And it was primarily because of the tactical mistakes from the senior players of the team.

This year, fans have their hopes up again and wish to see the team raise the victory cup. In 2021, the Dhoni-led team had some better T20 games. The skipper will definitely benefit from veteran players like Moeen Ali. And Suresh Raina is also there to strengthen the team. With big names like Mahendra Singh Dhoni, Ravindra Jadeja, Suresh Raina, etc., it is evident that the franchise has a massive fan following. They have millions of followers across various social media sites to keep the buzz going.

Kolkata Knight Riders have won the title two times, but the last season was not good for the team. After 2014, the team has never managed to reach the finals. So far, KKR is continuing to have a bad season; let’s hope with changes in the team, the UAE leg will be better.

Kolkata Knight Riders are owned by Shah Rukh Khan, so it is obvious that the team will have a massive fanbase. The fan following of this superstar will surely cheer for the team as well. Not only that, the team itself has some great players who already have a good social media presence, like Harbhajan Singh.

Despite having a solid team, Royal Challengers Bangalore have never had the chance to pick the trophy. Despite all the memes surfacing on the internet regarding their bad luck, the team has a solid fanbase. The Virat Kohli-led team lost the finals in 2016 and 2011. However, they have finished in the top 4 in 8 out of the 11 seasons they have played. Even though they have not won a tournament yet, the franchise’s loyal fans still have a lot of hope that RCB will win the title.

The franchise played some of the most exciting and competitive matches between the years 2011 and 2017. This was also reckoned as the Gayle-Kohli-De Villiers era. These players are not merely popular on the field, but they are always in the limelight off-screen as well. Whether it is Kohli, De Villiers, or Gayle, all of them have a solid social media fanbase. The team also has some amazing young players that increase their popularity on the web.

Before the start of the 2021 IPL season, The franchise decided to drop the “XI” from its name. Along with the change in the name, there were significant changes in the squad as well. In the IPL 2021, the franchise bought the world’s best T20 batsman – Dawid Malan. With such a strong addition, Punjab Kings will be expecting to show a good performance. In the previous season, the franchise was definitely the most entertaining team of all. Whether super overs, thrilling finishes, or double super overs, the fans got what they wanted.

Additionally, the team has some big names, ensuring that they are always in the talks. While Punjab Kings had a poor start, they gradually managed to enter the playoffs. But due to a lack of points, the team could not move ahead. With the kind of thrill that the team always provides, they always have a good fan following on various social media sites. Fans are eagerly waiting to see what their favourite team is up to. Additionally, it is also where the squad gets to interact with their fans and continue to build the fanbase.

Last year was good for Delhi Capitals as they showed consistent performance. The team also managed to reach the playoffs, and each player had a significant contribution to it. Additionally, they were led by Shreyas Iyer, who guided the squad well to reach the final for the first time. The franchise relies heavily on its Indian players to perform. And this has contributed to the team having a good fanbase. They have popular players like Shikar Dhawan, Shreyas Iyer, Rishabh Pant and Ravi Ashwin. These players have a good reputation both on-field and off-field.

Delhi Capitals have started the IPL 2021 season with a bang and they have been the best team so far. They are consistently showing great performance and stand at the top of the points table. Needless to say, the fans are hoping that they get to see the same performance level in the UAE leg as well. Whether it is Facebook, Twitter, or Instagram, the team is active on social media and keeps its fans well-engaged. And this year, the craze for the team is on a different level since they have been showing great performances.

Led by David Warner, the Sunrisers Hyderabad is among the consistent teams of the IPL. While they may not be the IPL most followed team, the franchise has a loyal fanbase on social media. Since 2015, the team has been showing great performance and has often finished in the upper half of the points table.

In a season where teams were waiting until the final game to determine the team who would be playing in the playoffs, Sunrisers Hyderabad finished third. Other than Warner, who is destructive, the team has some other great players, including Rashid Khan, T Natarajan, and Jonny Bairstow. All these players have already built a strong fanbase that has proved to be helpful for the team.

The first season of the IPL was quite special for Rajasthan Royals because the team took the trophy home. Shane Warne led this powerful team to victory back in the 2008 edition of the IPL. But after that, things have been haywire for the franchise. While they have a memorable first season, the team has not been able to make the same impact after that.

They have different combinations to strengthen their overall lineup, but nothing seems to be working. The absence of key players is one of the reasons that hamper the Royals’ performance. However, the team has a loyal fanbase across social media platforms. And hopefully, we will be able to see the team getting back in action soon.

The Indian Premier League has its own fanbase internationally. Here we have discussed the IPL teams’ social media following. Although Mumbai Indians has the highest fan following among the IPL teams, other teams have also built their loyal fanbases that continue to grow.