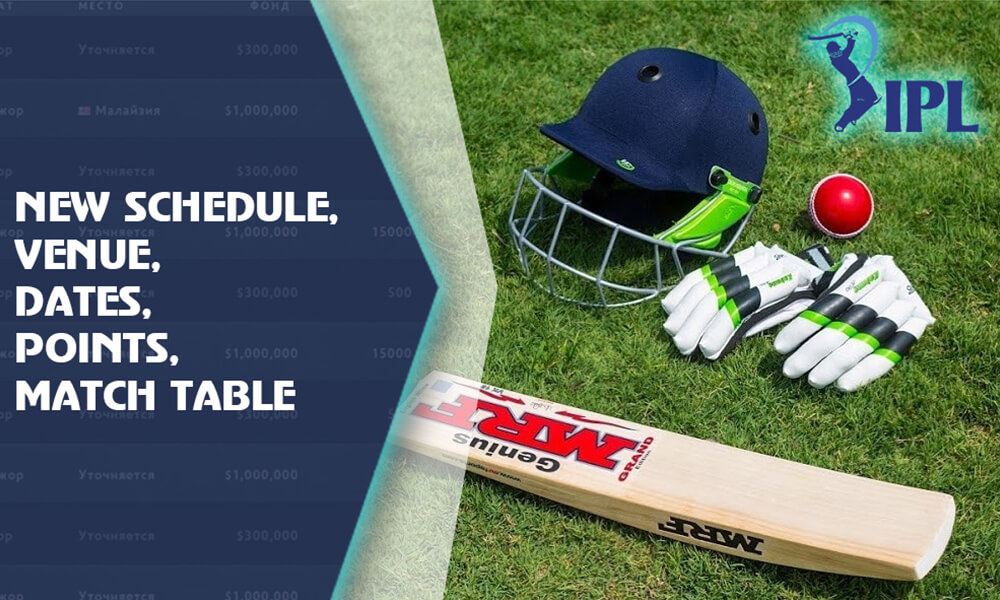 The Indian Premier League is coming back after the break due to the COVID-19 outbreak. It is among the most popular cricket leagues worldwide. And now, the IPL is all set to begin its UAE leg from September 2021. With more than 100 million viewership, the IPL attracts more people than any other sports event in the country. Moreover, it is also broadcasted live in over 10 countries. In the second leg, the matches will be played in the course of four weeks.

Just like every other IPL edition, this season also brings some great national and international players. And we will also be seeing some players showing off their talents on the field for the first time. However, many popular names such as Pat Cummins, Jofra Archer, and Ben Strokes have opted out of the tournament. Considering that the ICC T20 World Cup is soon to follow, it is only valid that many international players are opting out.

The UAE leg will kick off with a match between Chennai Super Kings and defending champions Mumbai Indians. The match will be held at the Dubai International Stadium located in Dubai.

The remaining matches of the IPL will be played between September 19th, 2021, and October 15th, 2021. Phase 2 is likely to be more exciting because things can take a big turn. Most of the teams have already arrived in the UAE and have begun their quarantine. After their mandatory quarantine, the teams can move forward with their practice session.

The following is the latest schedule of the IPL 2021 match-list for the UAE leg.

Before the start of the second phase, many overseas players have opted out of the IPL 2021. Prominent players such as Jofra Archers, Pat Cummins, Ben Stokes and Jos Buttler will not be playing in the UAE leg.

Recently, Stokes has revealed that he is taking a break from cricket to focus on his mental health. Moreover, Jos Butler opted out to be with his family as he is expecting a second child. Pat Cummins will also give the IPL 2021 a miss because of the scheduled birth of his child. Jofra Archer has suffered a stress fracture on the elbow; therefore, he has been ruled out.

Adam Zampa, Jhye Richardson, and Kane Richardson have opted out of the IPL tournament to prepare for the T20 World Cup. Riley Meredith will also not be playing because of a side strain. Finn Allen will miss the UAE leg because he will be playing for New Zealand. Lastly, Daniel Sams will also be absent from the IPL’s second phase due to some personal reasons.

The IPL 2021 will be played at Dubai International Cricket Stadium in Dubai, Sharjah Cricket Association in Sharjah, Sheik Zayed Stadium in Abu Dhabi and ICC Academy Ground in Dubai. The remaining 31 matches will be divided among these four locations. The UAE typically has smaller fields, so fans can expect to see some big sixes from their favourite players.