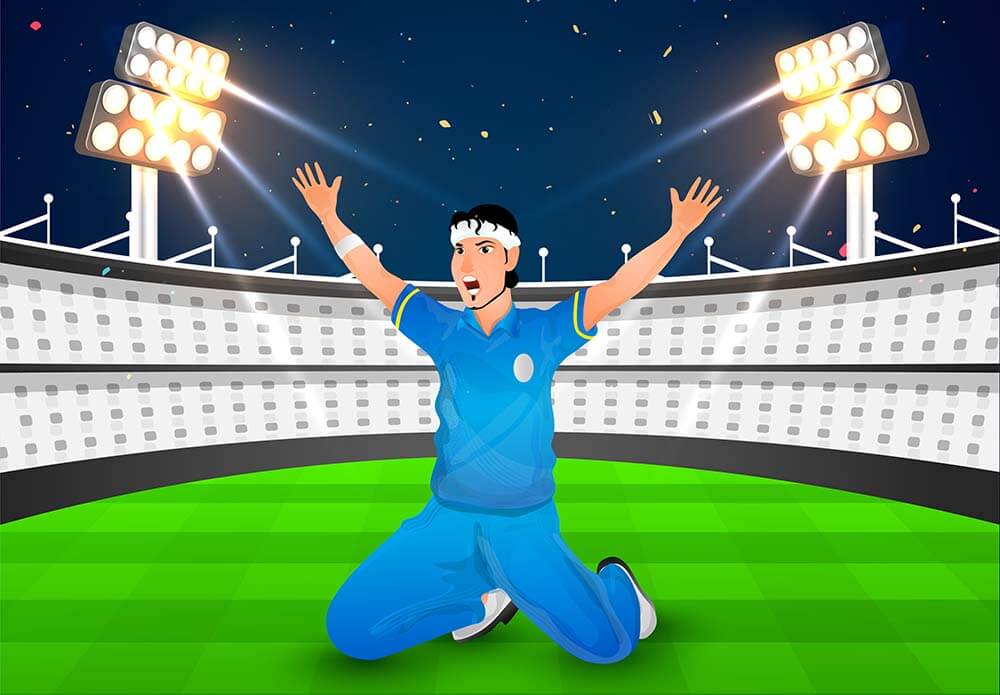 Between August 2015 and December 2017, India won nine consecutive Test series equalling the record set by Australia between 2005 and 2008. India began their record run on their tour of Sri Lanka and accomplished the feat against the same rivals during Sri Lanka’s tour of India. The run ended when India lost an away series in South Africa in January 2018. 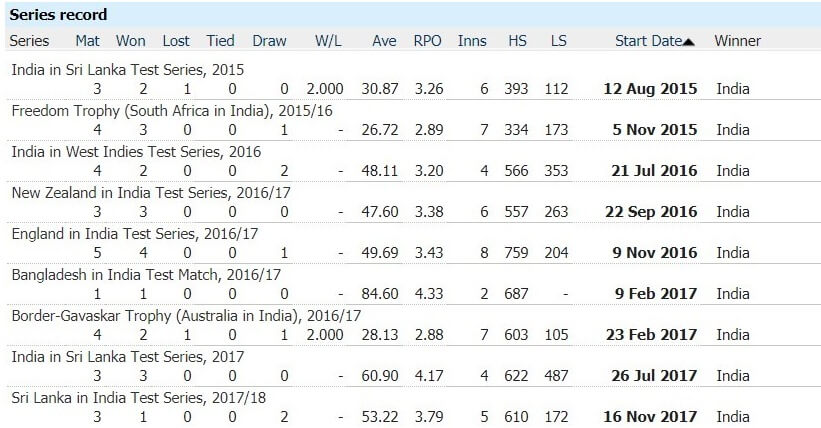 How India Equalled the Record

India’s tour of Sri Lanka began on a losing note when Sri Lanka won the first of a three-match series in Galle by 63 runs. But India hit back by winning the 2nd Test in Colombo (PSS) by 278 runs and the decider in Colombo (SSC) by 117 runs.

India began the four-match series with a 108-run win in the first Test in Mohali. After the second Test in Bengaluru ended in a draw, India once again dominated the visitors by winning the third Test in Nagpur by 124 runs. In the fourth Test in Delhi, the hosts did even better, winning the game by 337 runs.

India won the first of a 4-match series in North Sound by an innings and 92 runs. After a draw in the second Test in Kingston, India went on the rampage in the third match in Gros Isles, winning it by 237 runs. But West Indies managed to salvage a draw in the fourth match.

India began the series dominantly, winning the first Test in Kanpur by 197 runs. They won the second Test in Kolkata by an almost identical margin of 178 runs. The hosts made the third Test in Indore even more one-sided, winning it by 321 runs.

After the first match of the series in Rajkot was drawn, India were relentless in the second game in Vishakhapatnam, winning it by 246 runs. They followed it up with an 8-wicket win in the third Test in Mohali. India went on to win the fourth match in Mumbai by an innings and 75 runs before a repeat performance in the fifth match in Chennai, winning by an innings and 37 runs. 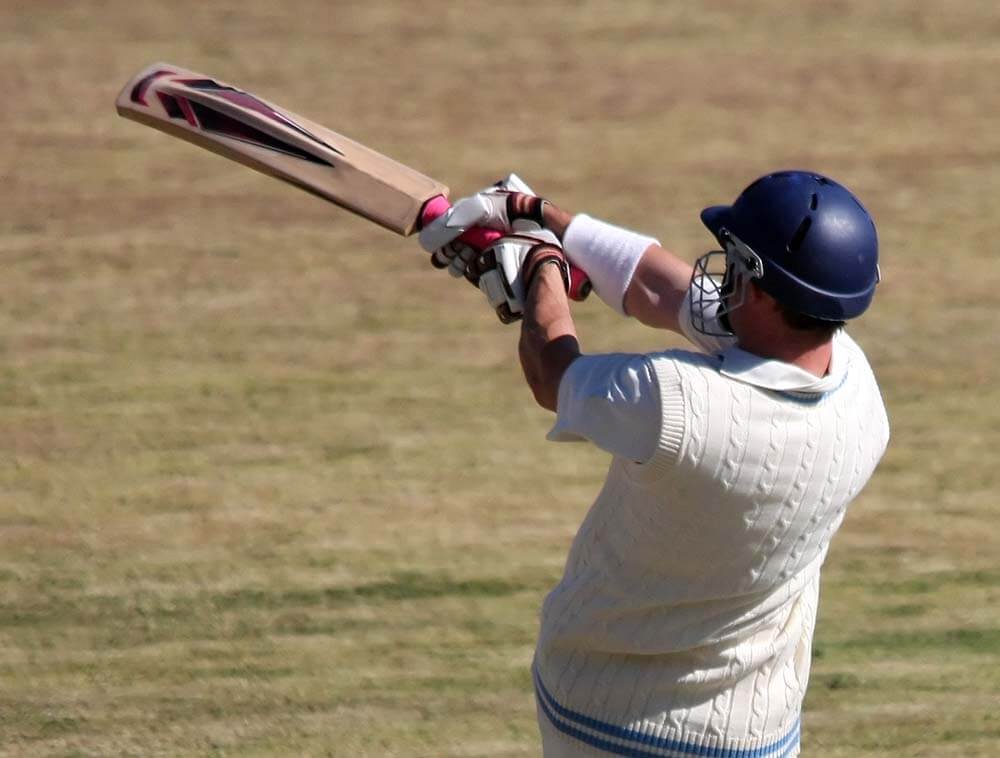 In a one-off series, India overwhelmed the visitors by 208 runs in the only Test in Hyderabad.

After a draw in the first match in Kolkata, India drew blood in the second Test in Nagpur, winning it by an innings and 239 runs. The third match in Delhi also ended in a stalemate, giving India a 1-0 winning margin in the series.

How Australia Set the Record

Australia hosted the ICC World XI in October 2005 and won the one-off Test in Sydney by 210 runs to take the series.

The hosts won the first match of a three-match series in Brisbane by 379 runs, the second in Hobart by 9 wickets and the third in Adelaide by 7 wickets.

After the first match in Perth ended in a draw, Australia won the second one in Melbourne by 184 runs and closed out the series in the third match in Sydney, winning it by 8 wickets.

After winning the first Test ainCape Town by 7 wickets, the visitors won the second in Durban by 112 runs and the third in Jo’burg by 2 wickets. 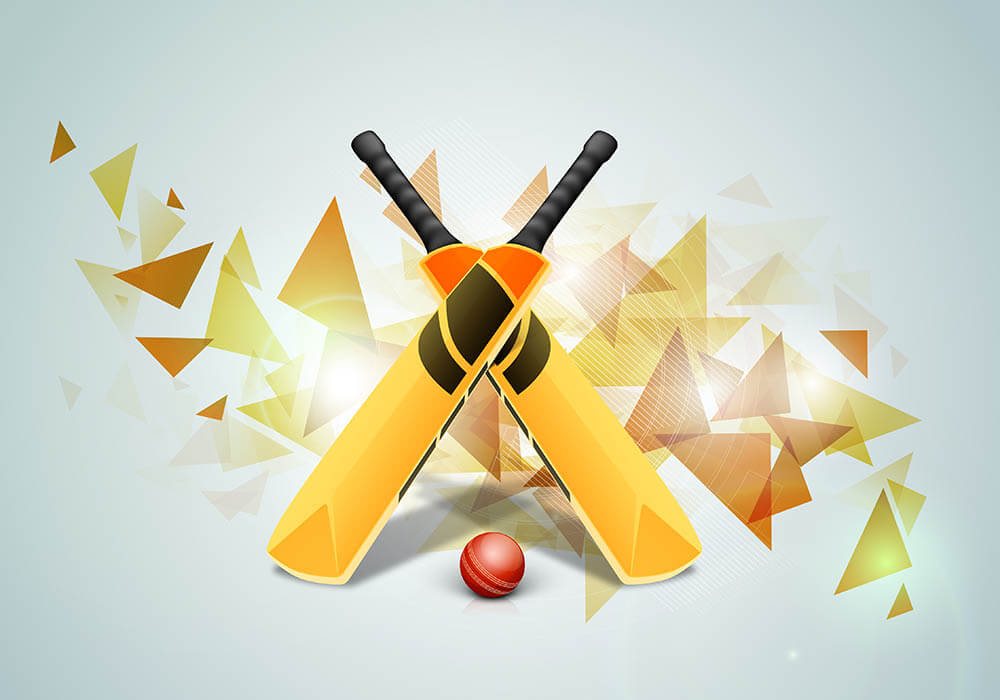 Australia won the first game of the two-match series in Fatullah by 3 wickets before going on to beat the hosts by an innings and 80 runs in the second match in Chattogram.

After beating the visitors by a comprehensive 277-run margin in the first Test in Brisbane, Australia took the second Test in Adelaide by 6 wickets. The hosts dominated the third match in Perth, winning it by 206 runs before going still better in the fourth encounter in Melbourne, winning by an innings and 99 runs. The fifth match in Sydney ended in another easy 10-wicket victory for Australia.

After winning the first game of a two-match series in Brisbane by an innings and 40 runs, Australia closed out the series with a 96-run win in the second match in Hobart.

After the first match of a three-Test series in Kingston went Australia’s way by 95 runs, the second in North Sound ended in a draw. The visitors won the third in Bridgetown to take the series 2-0.