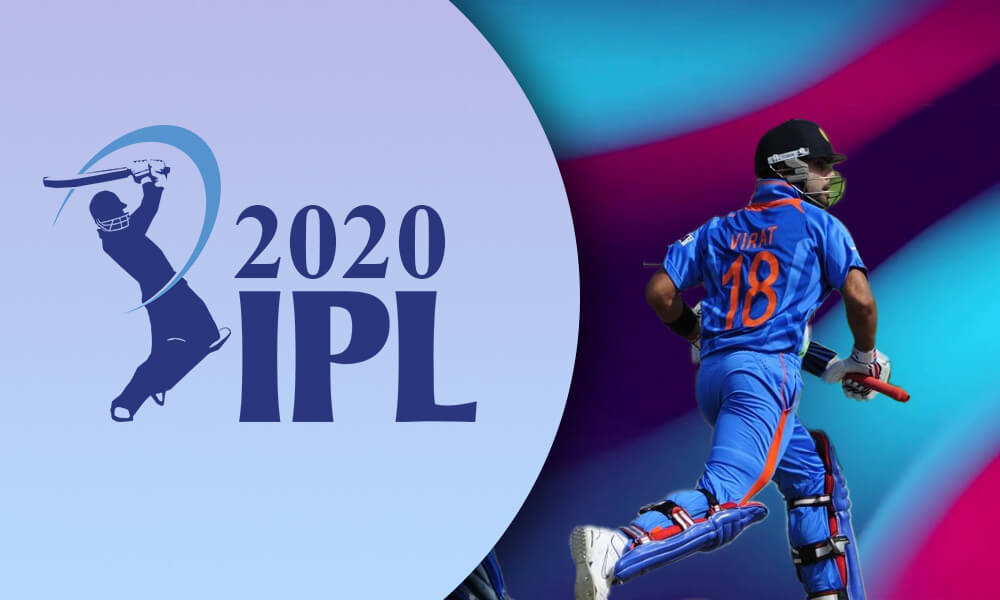 The 13th season of the Indian Premier League took place in 2020 in the UAE. Mumbai Indians emerged to be the title winners this season. Delhi Capitals were the runners-up and missed the opportunity to claim their maiden title win. Sunrisers Hyderabad and Royal Challengers Bangalore were the other two teams to qualify for the playoffs. This season witnessed the biggest upset for Chennai Super Kings as they failed to qualify for the playoffs for the first time in the history of the IPL.

Teams and Runs They Scored Through the Season

Although Delhi did not win the title, they were the team of the tournament in 2020 and scored the most runs in the 2020 IPL season followed by Mumbai Indians who did go on to win the title. RCB, despite reaching the playoffs, did not score too much. CSK’s poor run was demonstrated by the numbers too as they finished last on the list of the total runs scored by a team. 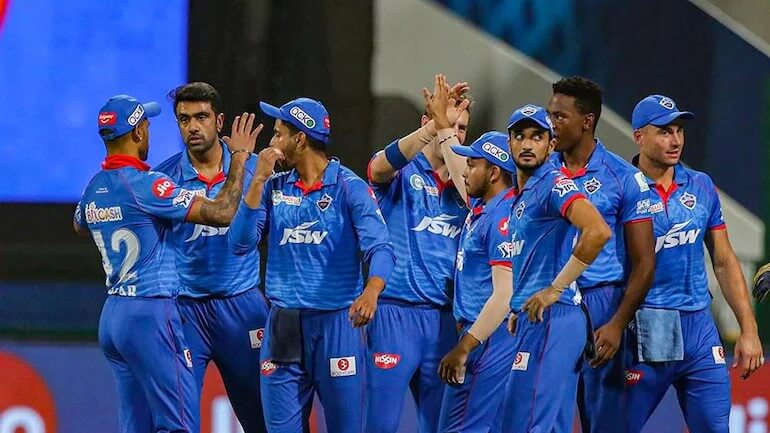 Delhi Capitals were the highest run-scoring team in the IPL 2020. They scored 2777 runs and conceded 2800 runs after playing 17 matches in the tournament. DC lost the final against Mumbai Indians and ended the tournament as runners-up. Out of the 17 matches they played, they won 9 and lost 8 matches. They posted the highest single innings total of 228 runs for 4 wickets against KKR in Sharjah. 59 runs were the biggest winning margin for Delhi Capitals, achieved against Royal Challengers Bangalore in Dubai after challenging 198 runs to chase for RCB. Shikhar Dhawan was the leading run-scorer with 618 runs in 17 innings. He was also the second-highest run-getter of the tournament. Kagiso Rabada was the best bowler for DC with a stellar show of claiming 30 wickets and winning the Purple Cap of the IPL 2020. 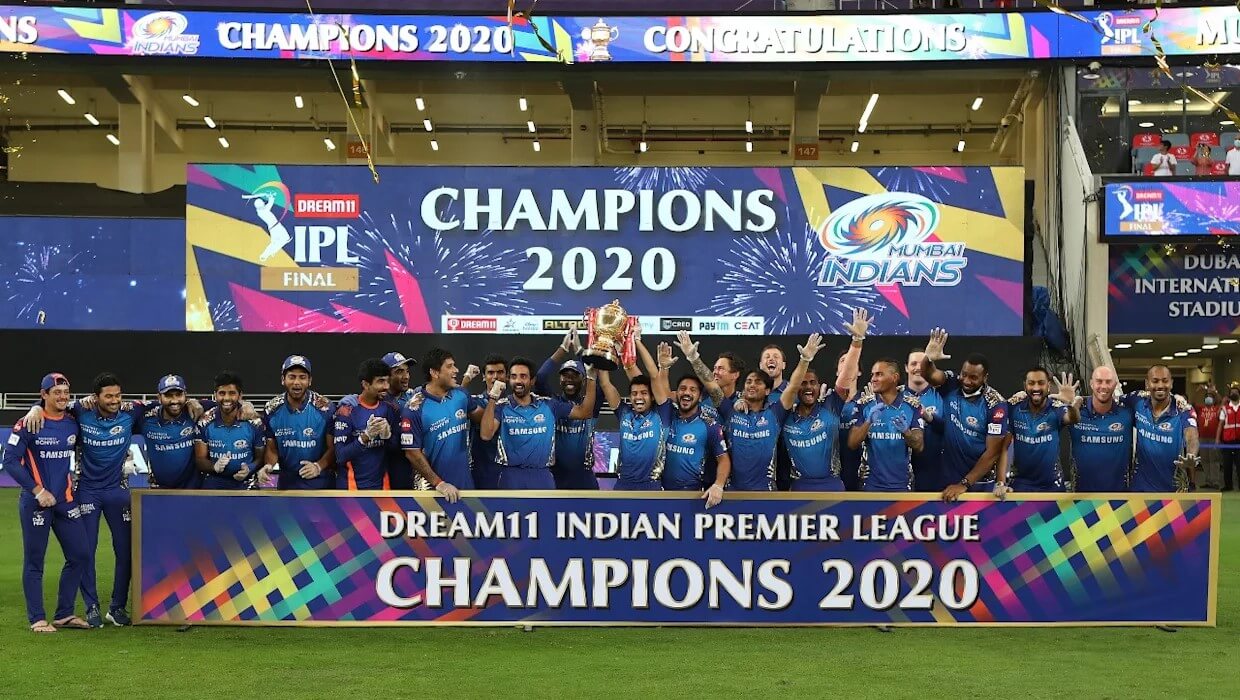 Mumbai Indians defended their title and won the IPL for the fifth time. This tournament win was special because it broke the odd jinx for MI. Throughout the season, MI scored 2735 runs and conceded 2486 runs. Their ratio of runs scored and runs conceded presents their strong performance in the season. The highest single innings score for MI was 208 for 5 against Sunrisers Hyderabad. The biggest victory for Mi was achieved against two teams, Rajasthan Royals and Delhi Capitals, with both matches won by a margin of 57 runs. The win against the Capitals was a Qualifier 1 match. The young gun, Ishan Kishan was the leading batsman as he scored 516 runs in 13 innings. This was yet another successful season for Jasprit Bumrah as he claimed 27 wickets in 15 matches. 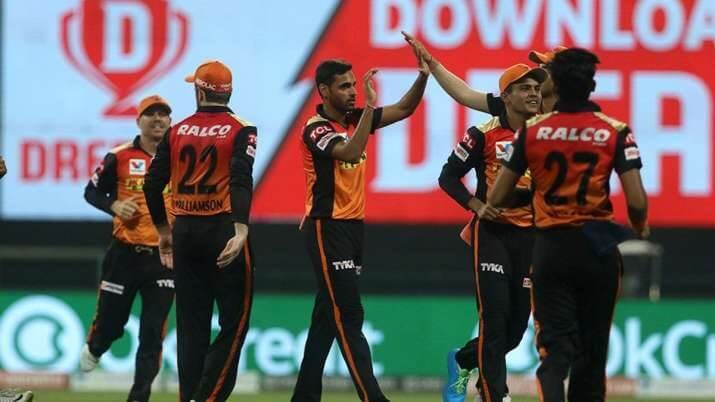 Sunrisers Hyderabad are placed third on the list of the most runs scored by a team in the IPL 2020. Having struggled in the initial stages of the tournament, they managed to qualify for the playoffs. They scored 2529 runs and conceded 2445 runs in 16 matches. The highest score in an innings for SRH was against Delhi Capitals when they registered 219 runs for 2 wickets in Dubai. They also claimed their win with the highest margin in the same match against the Capitals by winning the match by 88 runs. David Warner was the highest run-scorer for Hyderabad. He scored 548 runs in 16 innings with a batting average of 39.14. Afghan spinner Rashid Khan was the leading wicket-taker for SRH. 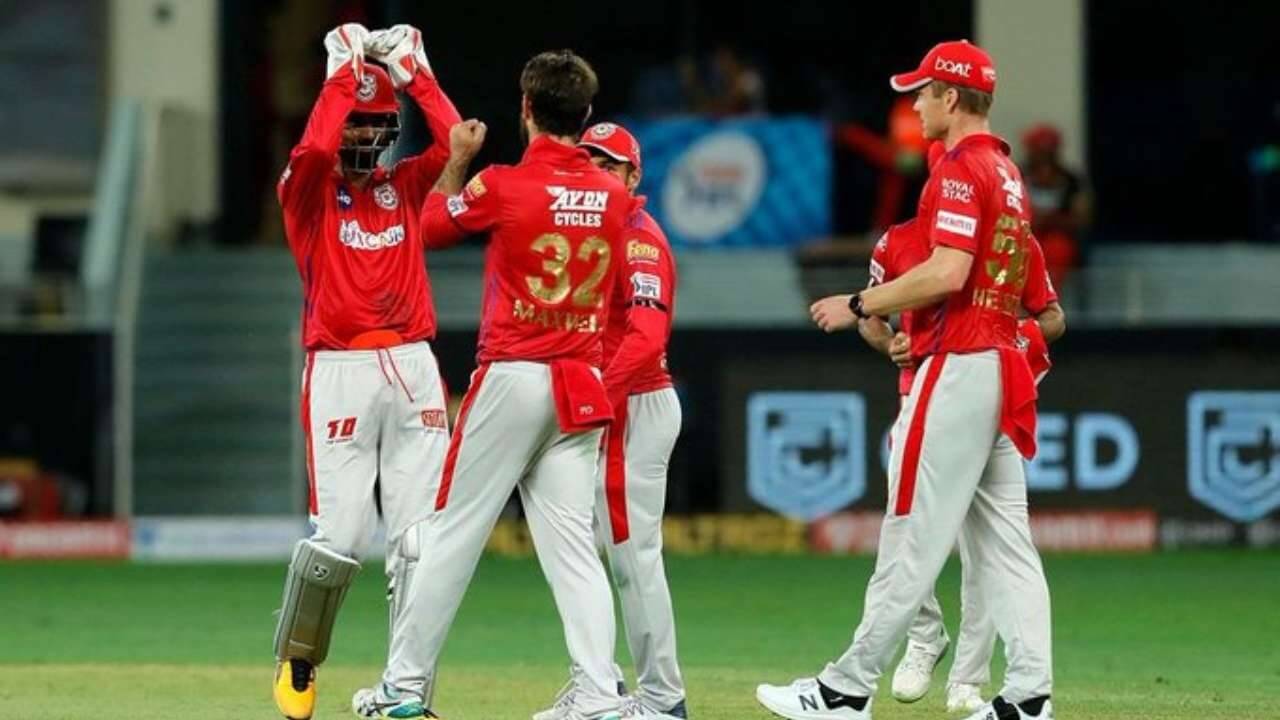 Kings XI Punjab, now known as Punjab Kings, are fourth on the list of the best run-scorers of the IPL 2020. They had an in-form batting unit but the weak bowling performance hampered their position in the points table. Punjab scored 2335 runs and conceded 2343 runs and had a disappointing 6th-place finish. 223 for 2 wickets was the highest innings score for Punjab, scored against Rajasthan Royals. Their biggest victory margin was 97 runs against RCB, which was also the biggest win for any team in the IPL 2020. KL Rahul was in tremendous batting form and won the Orange Cap by scoring 670 runs in 14 matches with a batting average of 55.83. Mohammad Shami was the key bowler for KXIP, he claimed 20 wickets in 14 matches with a bowling economy of 8.57. 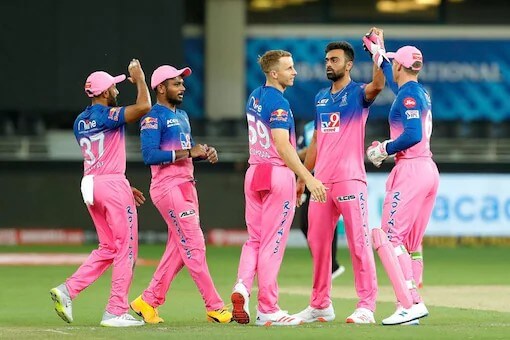 Though Rajasthan Royals ended at the very bottom of the IPL 2020 standings, they were still the fifth highest-scoring team in that season. They bagged 2288 runs and conceded 2482 runs in 14 matches. 226 for 6 was the highest score for the Royals when they played against KXIP in Sharjah. This was the second biggest total of the season. With a poor show in the tournament, the Royals could manage a victory with a margin of 16 runs as their best win. Sanju Samson was the leading run-scorer for Rajasthan Royals, he scored 375 runs in 14 innings. Jofra Archer was the star performer as he claimed 20 wickets in 14 matches with a bowling economy of 6.56. 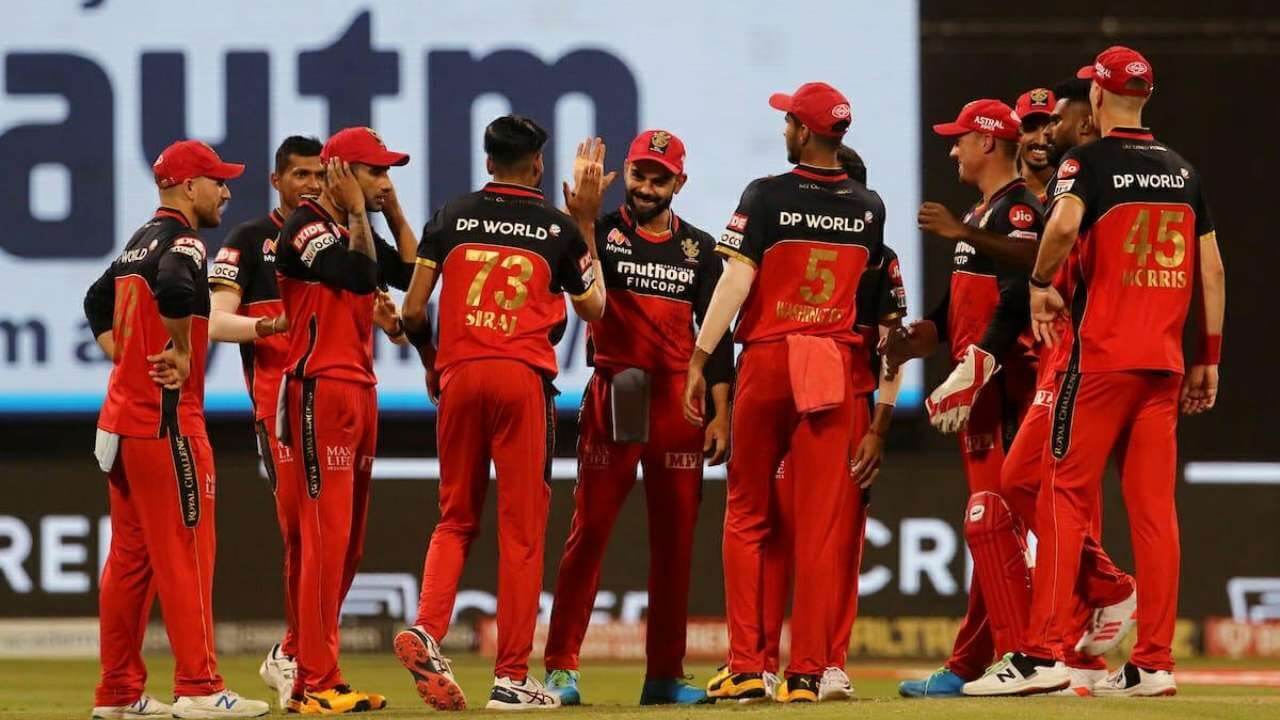 Virat Kohli-led Royal Challengers Bangalore had a satisfactory season but again failed to win the coveted IPL title after qualifying for the playoffs. RCB finished fourth in the points table. They scored 2278 and conceded 2315 runs in return. They put up a total of 201 runs for 3 wickets against Mumbai Indians. RCB dominated KKR in Sharjah and claimed a win by 82 runs, making it the third-biggest victory of the season. Youngster Devdutt Padikkal outperformed Virat Kohli and became the leading batsman for RCB this season. He scored 473 runs in 15 innings with a batting average of 31.53. Yuzvendra Chahal played a vital role in the bowling department. He claimed 21 wickets in 15 innings maintaining a bowling economy of 7.08. 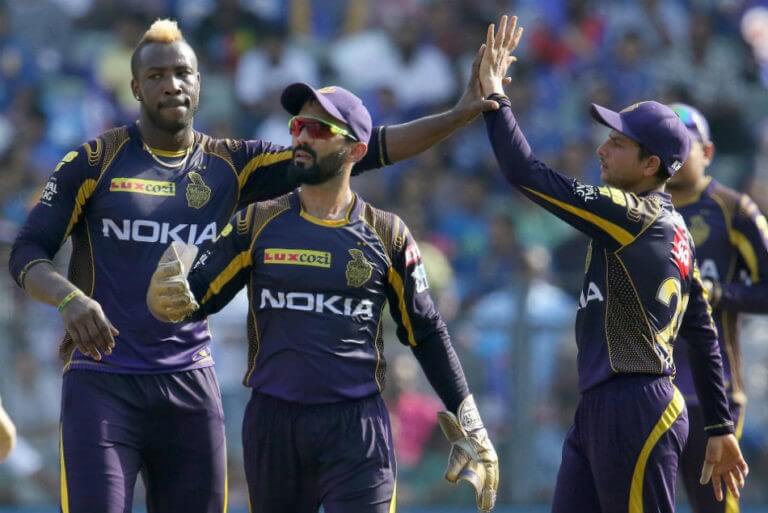 Kolkata Knight Riders missed the qualifiers due to their poor net run rate. They smashed 2219 runs and gave up 2206 runs in return. This team had their skipper changed in the middle of the tournament. Dinesh Karthik led the team during the first half, while Eoin Morgan took over the captaincy later. 210 for 8 wickets was the highest total for KKR, achieved against Delhi Capitals in Sharjah. They recorded a 60-run winning margin against Rajasthan Royals. Shubman Gill overshadowed all the experienced batting lot of KKR and became the leading run-getter for his team. He scored 440 runs in 14 matches with an average of 33.85. Varun Chakravarthy took the reins of the bowling attack in his hands and claimed 17 wickets in 13 innings with an economy of 6.85. 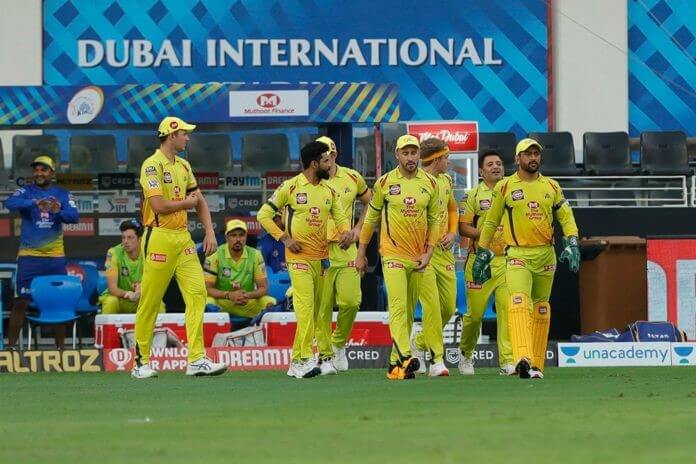 Chennai Super Kings had a disappointing season and did not qualify for the playoffs for the first time. They ended their campaign 7th and were also the lowest-scoring team of the IPL 2020. They scored 2191 runs and conceded 2275 runs in 14 matches. Chennai Super Kings posted a total of 200 runs against Rajasthan Royals in Sharjah. The biggest winning margin for CSK was 20 runs against Sunrisers Hyderabad. Faf du Plessis was the leading batsman for CSK as he scored 449 runs in 13 matches with an average of 40.82. The bowling attack of CSK seemed in trouble and was one of the biggest reasons for their failure in the tournament. Sam Curran was the leading wicket-taker for CSK this season.

The finalists, Delhi Capitals and Mumbai Indians, are at the top with the most numbers of matches played and, subsequently, most runs scored. Sunrisers Hyderabad, who made it to the playoffs, also registered plenty of runs. Faf du Plessis did try to score some runs for CSK, although he had very little support at the other end which resulted in CSK finishing last on this list. KL Rahul’s superb effort of 670 runs helped Punjab Kings finish fourth despite not reaching the playoffs. Virat Kohli as usual leads the batting charts for RCB, but the team generally didn’t score much despite reaching the playoffs.