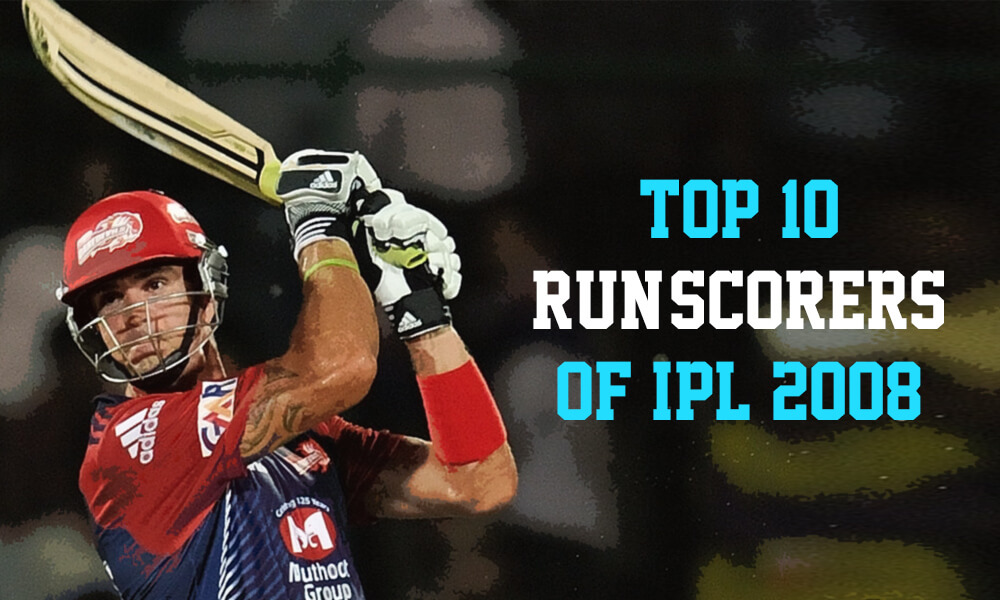 The first season of the Indian Premier League was indication enough of how exciting the rest of the editions are going to be. The players came all guns blazing for the tournament and gave their best performance from the start. So, on that note, let’s look back at the top ten players with the most runs in IPL 2008.

Back in 2008, Sehwag was the best batsman for Delhi Daredevils. He had scored 406 runs. Right now, he is lending his experience as a cricket expert and has left all cricket formats.

The skipper of Chennai Super Kings finished ninth on the leaderboard for Orange Cap in 2008, with his 414 runs. He retired from international cricket but continues to lead CSK.

Raina was the highest scorer for his team with 421 runs in the season. He has also quit playing international cricket but continues to play for CSK.

435 runs from Yusuf Pathan had a major role to play in the success of the Rajasthan Royals in IPL 2008. He has recently retired from cricket.

Gilchrist was the highest scorer for his team with 436 runs in IPL 2008. Gilchrist is currently retired from all cricket formats.

Graeme Smith from Rajasthan Royals features on number five in the list with 441 runs, which is one of the IPL 2008 most runs. He is currently the cricket director of South Africa.

Watson was the highest scorer for Rajasthan Royals with 472 runs in this edition. He is presently essaying his duties as a cricket expert.

Jayasuriya scored the highest runs for Mumbai Indians in this edition – 518 runs. He joined politics after his retirement and took part in the Road Safety World Series.

Gautam Gambhir was brilliant in the first season of IPL. He scored the highest runs as an Indian in IPL 2008. After retirement, he works as a cricket expert and has joined politics.

Shaun Marsh was the first Orange Cap winner and the top run-scorer in IPL 2008. He played for Punjab Kings and scored 616 runs. Marsh is still playing and the fans are waiting to see his performance in the current edition of the tournament.

Complete List of Who Scored Most Runs in IPL 2008