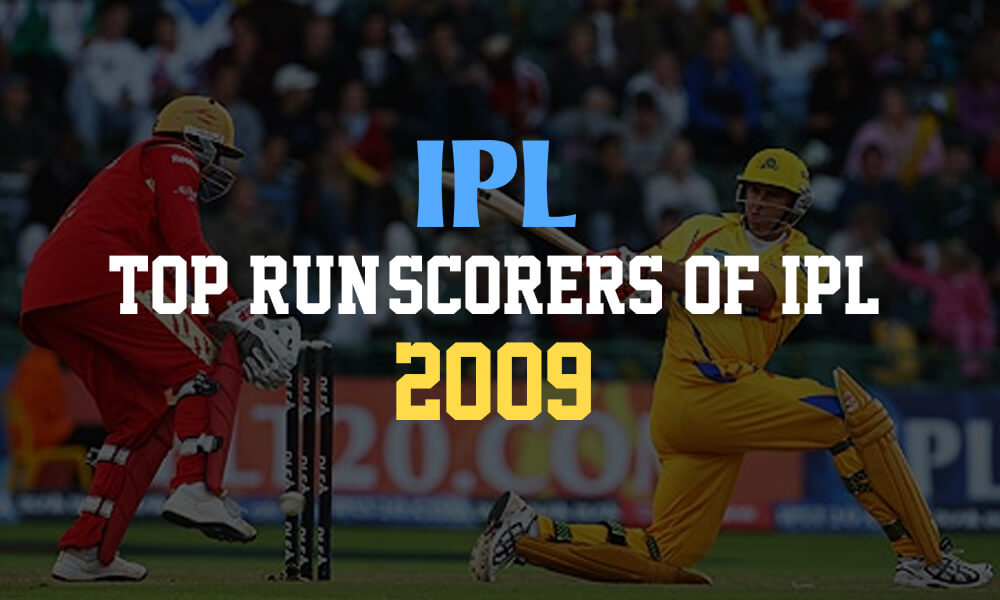 The second edition of IPL took place in 2009. The immense success of the first edition meant that the second season had a lot to live up to, and IPL 2009 did not disappoint. The Deccan Chargers and Royal Challengers Bangalore had reached the final of the season, and the former emerged victorious. These players scored IPL 2009 most runs.

In Indian Premier League 2009, this Proteas cricketer was playing for the Deccan Chargers squad. As a top-order batsman, in the second edition of IPL, Herschelle Gibbs had scored 371 runs in 14 IPL matches that included four half-centuries. His best performance in IPL 2019 was 69. With a strike rate of 112.08, he scored an average of 33.72 in the season.

Deccan Chargers, his squad, emerged as the champions of this season after clashing against Royal Challengers Bangalore in the final.

The middle order, the left-handed player was a crucial part of the Mumbai Indians team in the second edition of IPL. During this season, this Proteas batsman hit 372 runs in 13 matches and that included five half-centuries. 41.33 was his average for the season and his strike rate stood at 114.46. 62 was the best score he had this season.

It was hard for Mumbai Indians to keep up with Duminy’s performance because the team hit an all-time low of the seventh rank out of eight teams in the tournament.

This maverick left-handed batsman was a part of the Chennai Super Kings in the 2009 version of the Indian Premier League. As a top-order batsman in the season, Raina had hit 434 runs in 14 matches including two half-centuries. His average for the season was 31 and 140.90 was his strike rate. 98 is the best he scored this season.

Chennai Super Kings, his team, happened to be the second semifinalists who could not reach the finals and ended up at the fourth position.

This legendary wicketkeeper-batsman from Australia led Deccan Chargers in the second edition of the Indian Premier League. As a left-handed opening batsman, Gilchrist hit a smashing 495 runs in 16 matches, which included three half-centuries. 30.93 was his average for the season and 152.30 was his strike rate. 85 was his best score for IPL 2009.

Thanks to the performance from Gibbs and Gilchrist, Deccan Chargers won this edition of the tournament. The team won the match so beautifully that it created a legacy to live up to for the rest of the seasons of IPL.

The left-handed, fierce opener was playing for Chennai Super Kings in the second edition of the Indian Premier League. During this edition of IPL, the Aussie batsman hit 572 runs in 12 matches, which included five fifties. 52 was the season average of Hayden and 144.81 was his strike rate. His best score for the season was 89.

Hayden’s team, Chennai Super Kings, could not manage to do much despite getting more than 300 runs from Suresh Raina, MS Dhoni, and Hayden. However, the team recovered pretty well in the IPL seasons that followed. His name comes up when you search which player scored the most runs in IPL 2009.

Most Runs in IPL 2009: The Complete List of Top Ten Names