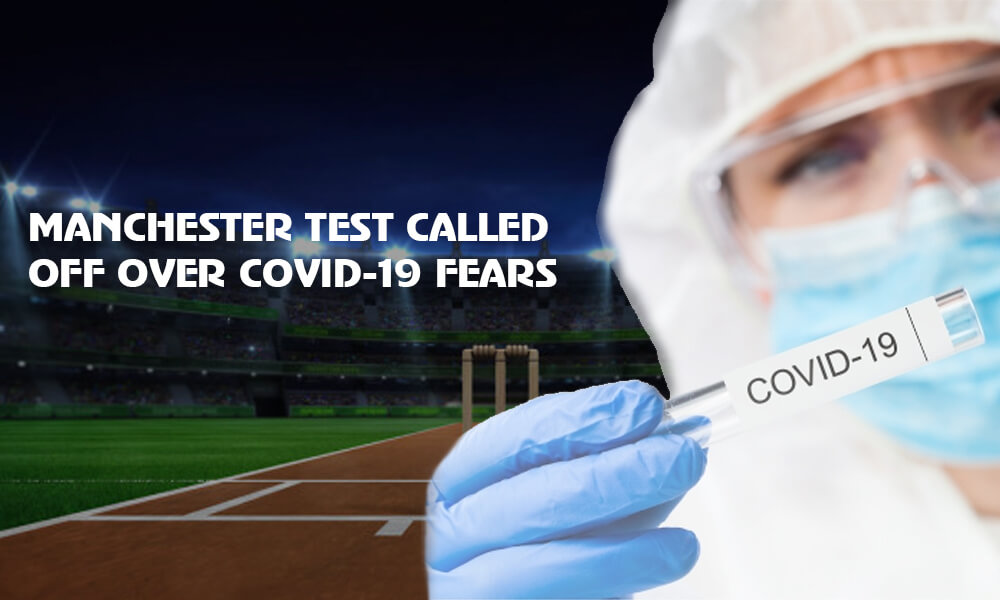 England and India have called off the final test match of the five-match series after the India squad experienced an outbreak of Covid-19. According to a media release, the BCCI is reportedly in talks with the ECB to hold the match on a later occasion. The match was scheduled to be played at Old Trafford between September 10 and 14.

“The BCCI and ECB held several rounds of discussion to find a way to play the Test Match, however, the outbreak of Covid-19 in the Indian team contingent forced the decision of calling off the Old Trafford Test Match. In lieu (sic) of the strong relationship between BCCI and ECB, the BCCI has offered to ECB a rescheduling of the cancelled Test match. Both the Boards will work towards finding a window to reschedule this Test match.”

Date of Re-Match Not Known

It is not clear when the boards will hold the match, though both boards could consider the possibility of holding the match during India’s proposed white ball tour of England in the summer of 2022. Earlier, the ECB had announced that India had forfeited the match which is part of the World Test Championship schedule. But in view of the latest cancellation announcement, the match will have to be replayed.

The decision not to hold the match was made a few hours before the toss was to take place. According to an ECB statement to media at the time,

“Due to fears of a further increase in the number of COVID cases inside the camp, India are regrettably unable to field a team. We send our sincere apologies to fans and partners for this news, which we know will cause immense disappointment and inconvenience to many.”

The BCCI and the ECB made the decision after intense discussions between the boards in the wake of a positive Covid-19 test returned by the Indian squad’s assistant physiotherapist Yogesh Parmar. Concerns had reportedly been expressed by more than one player from the Indian squad about playing the match before the decision to cancel was taken.

Parmar had reportedly experienced symptoms on 8 September after the squad returned from a practice session at Old Trafford. When Parmar tested positive, the whole squad – many of whom had been in close contact with Parmar — were sent back to their rooms by the Indian board’s medical team. Parmar had only recently taken charge from lead physio Nitin Patel who tested positive for covid-19 along with head coach Ravi Shastri during the Oval test.

Cancellation is Not Forfeiture

As per the terms of the World Test Championship, a test match can be considered abandoned — as opposed to forfeited — if the cause is an outbreak of covid-19. The points system of the WTC entails calculations based on percentage of points contested. Thus, the total points of a side would not be impacted adversely in a series of four matches instead of five.

In the absence of an agreement between the BCCI and the ECB, ICC match referee Chris Broad could have had to decide whether the WTC regulations allowed the covid-19 outbreak in the India camp to be termed as “acceptable non-compliance.” While a cancellation would end the series 2-1 in India’s favour, a forfeiture would lead to a 2-2 draw. While India have gained 26 of the available 48 WTC points, England have managed to garner 14.