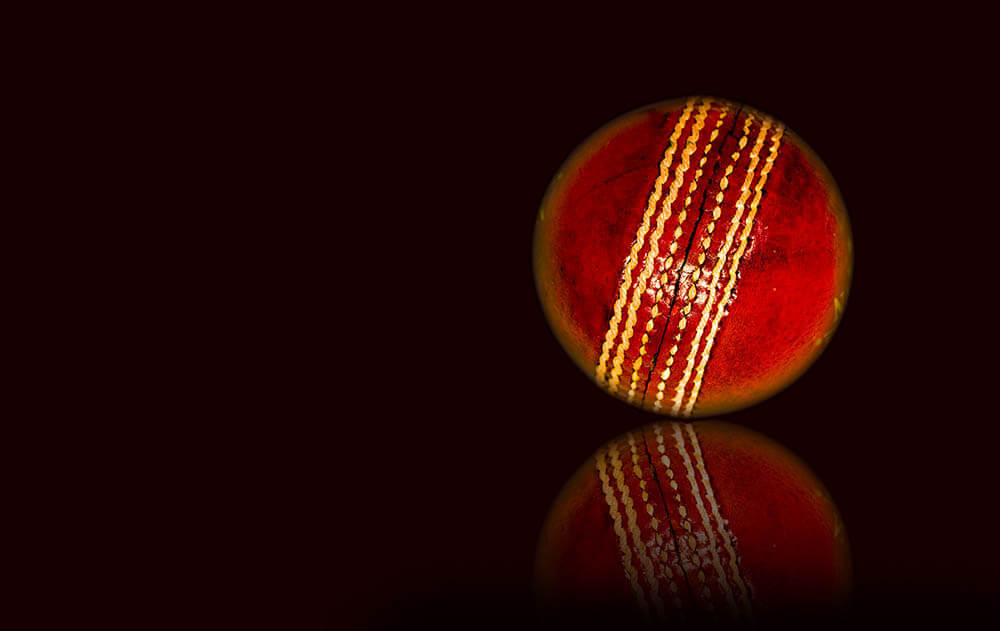 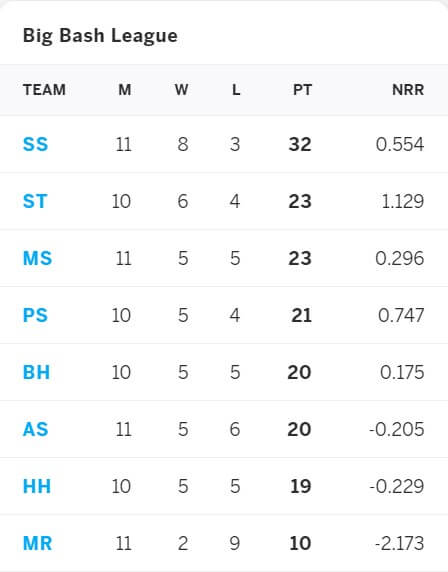 On 16 January, Sydney Sixers took on Perth Scorchers at Canberra. Batting first, Scorchers were restricted to 163/7. Sixers eased to the target with 7 wickets and 7 balls to spare. Opener Josh Philippe scored 84 in 52 balls with 10 fours and a six to lead the Sixers’ charge. He was ably assisted by James Vince (52 off 35 balls) with whom he shared a 2nd wicket stand of 106. Carlos Brathwaite (2/12) was Sixers’ most successful bowler, while Jake Ball (2/33), Daniel Christian (2/22) and Steve O’Keefe (1/36) were also among the wickets.

Sydney Sixers and Melbourne Stars met for the first time in BBL season 10 on 26 December 2020. In that game, Stars batted first and posted a challenging score of 193/5. After Stars were reduced to 49/4 in the 9th over, Maxwell (71 not out off 47 balls with 5 fours and 5 sixes) and Pooran (65 off 26 balls with 2 fours and 8 sixes) rescued the innings with a 125-run stand. Among Sixers’ bowlers, Steve O’Keefe took 2/13, while Jason Holder, Ben Dwarshuis, and Gurinder Sandhu took one wicket each.

Sixers began their reply disastrously, losing both their openers with just 5 runs on the board. That was the cue for skipper Daniel Hughes to play an outstanding knock of 96 off 51 balls with 6 fours and 7 sixes. When Hughes was ninth out, two balls remained with four runs needed. Ironically, those runs came off byes on the next ball, as Sixers completed a thrilling chase.

Sixers have an 8-6 advantage in the head to head comparison with Stars. But the last time Stars beat Sixers was more than a year ago, back in January 2020. While defending champions Sixers are considered favourites to win, we expect this match to be a thriller that could go down to the wire. 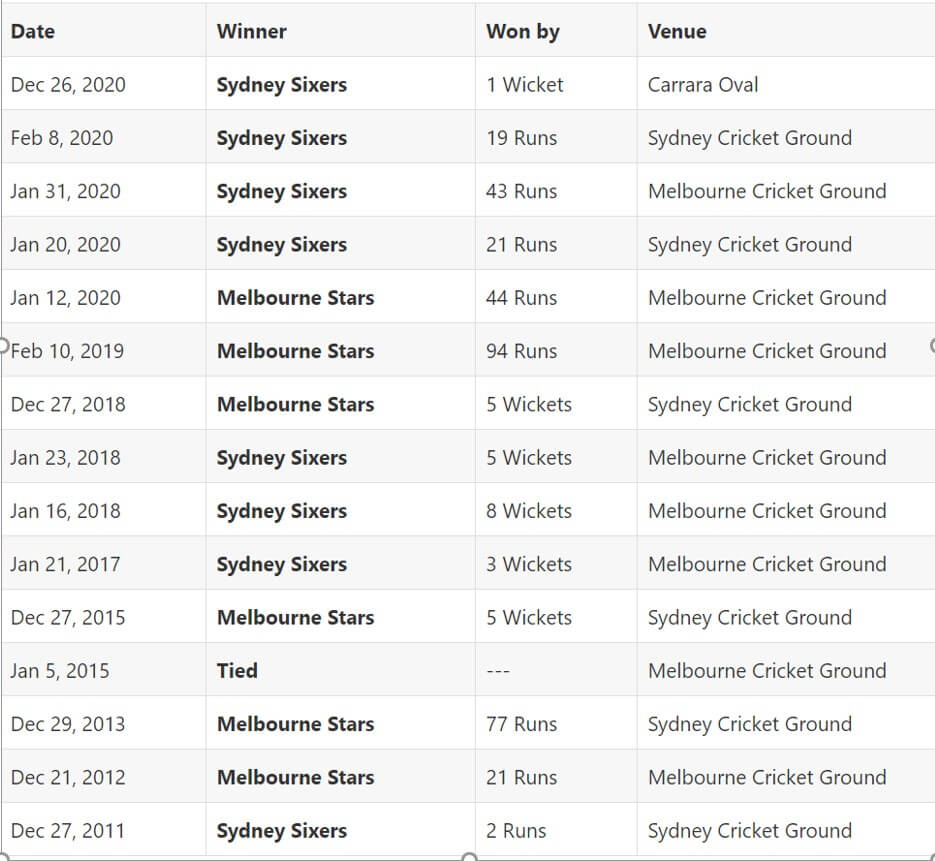