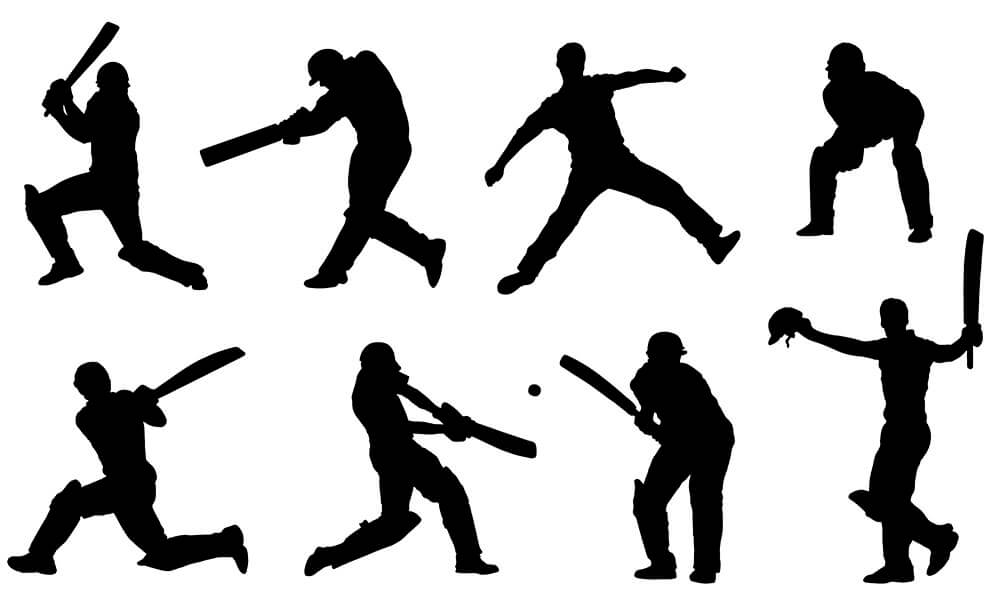 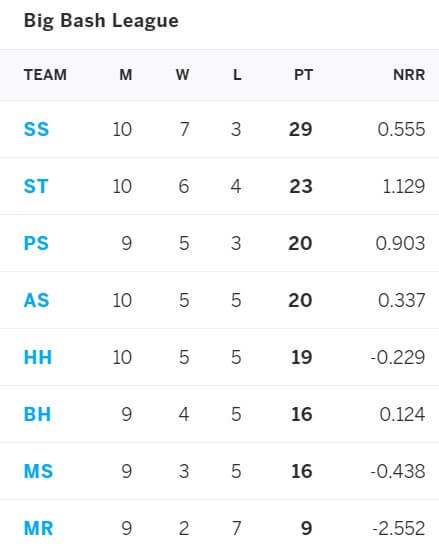 On 10 January, Sixers met Brisbane Heat at Carrara. Heat batted first and were bowled out for 148. In a thrilling finish, Sixers won the match off the last ball, with three wickets to spare. The Sixers’ effort was boosted by fifties from Daniel Hughes (51 off 35 balls) and Daniel Christian (61 not out off 38 balls), while their bowling effort was boosted by Carlos Brathwaite (4/18). Jake Ball (3/25), Jackson Bird (2/22) and Daniel Christian (1/34) shared the other wickets.

Sydney Thunder were less successful in their match versus Perth Scorchers at Perth on 9 January. Batting first in the game, Scorchers scored 185/6 before bowling out Thunder for 168 to register a 17-run win. Barring Brendan Doggett who took 4/22 in his first BBL game, Thunder’s other bowlers proved expensive on the day, though Nathan McAndrew (1/31) and Ben Cutting (1/33) also took wickets. Thunder’s batsmen let them down badly except for Sam Billings who played one of the best innings of the ongoing season with 83 off 48 balls including 8 fours and 4 sixes. Usman Khawaja (26) and Ben Cutting (31) were the only other batsmen to get into double figures.

Sydney Sixers and Sydney Thunder clashed earlier this season on 13 January at Canberra. Thunder batted first and posted 166/6, on the back of fifties by Alex Hales (54 off 33 balls) and Daniel Sams (50 not out off 37 balls). A thundershower at the break caused the Sixers innings to be curtailed to 14 overs with a revised target of 132 (under the D/L method). Sixers managed to chase down the revised target with 8 balls and 5 wickets to spare, thanks to a brilliant 64 off 36 by opener Josh Philippe. Earlier, Steve O’Keefe took 3/15 to help keep Thunder’s batsmen on a tight leash. For Thunder, Daniel Sams with 2/25 proved the most successful bowler, while Nathan McAndrew (1/35), Tanveer Sangha (1/14) and Ben Cutting (1/17) contributed wicket-taking spells.

Sixers enjoy a head to head advantage of 11-6 over Thunder. Thunder last won the Sydney derby back in December 2018. Both teams are in splendid form in the current season, but the defending champions appear to have an extra gear. It will take a monumental effort for Thunder to upset Sixers on 22 January and they will look to Hales, Ferguson, Sangha and Green to lead the way. As ever, Philippe and Hughes will keep Sixers’ batting ambitions alive, while O’Keefe and Brathwaite will spearhead the bowling effort. 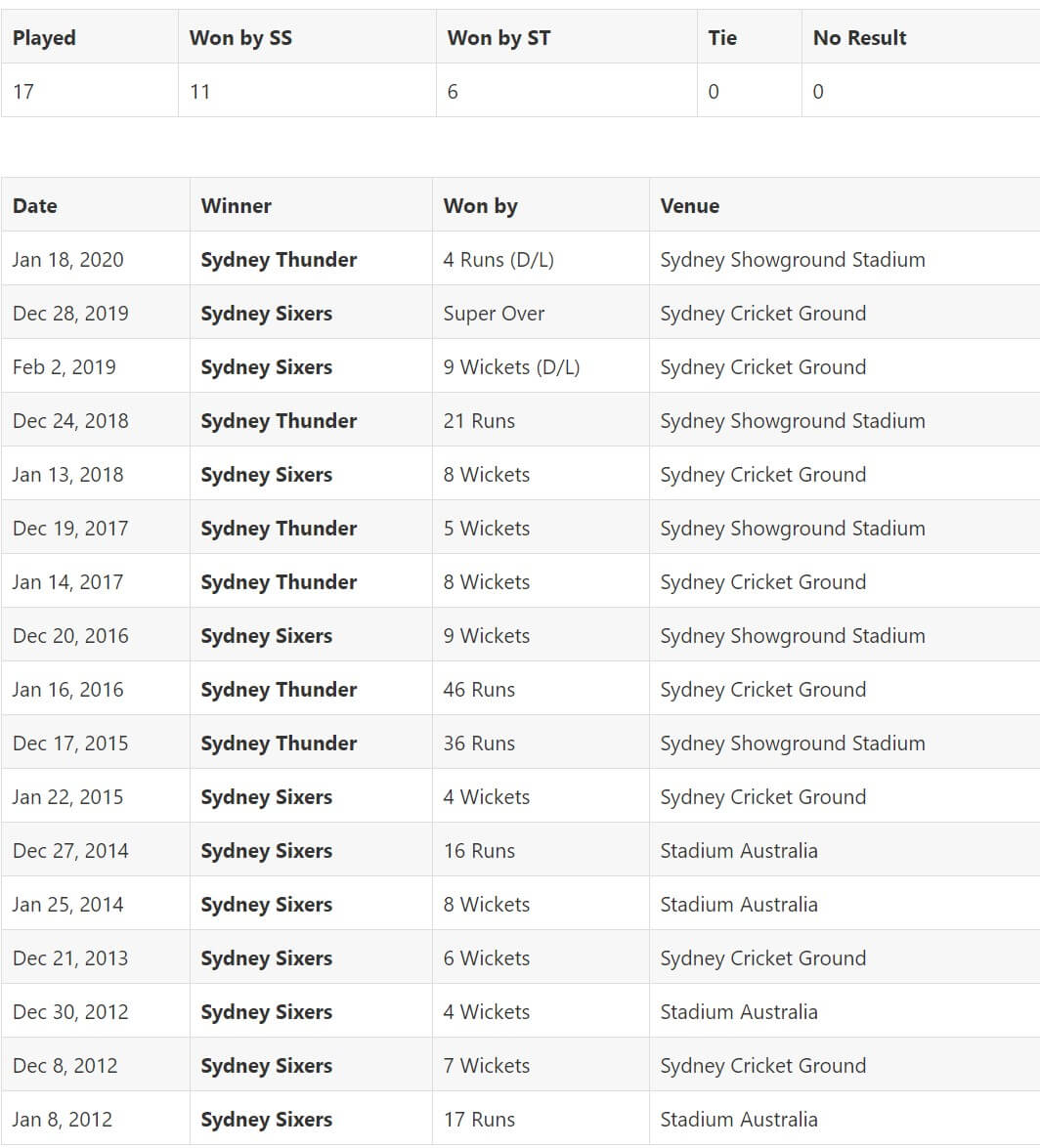