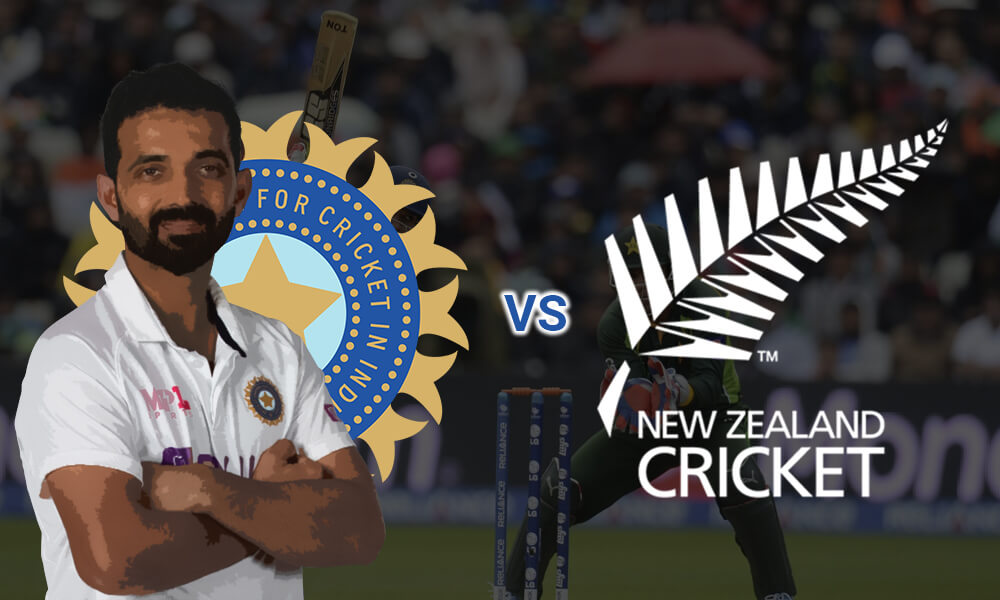 The Indian squad for the two-Test series versus New Zealand scheduled to start later this month has been announced by the selectors. Ajinkya Rahane will lead the team in the first Test. The team will be led in the second Test by Virat Kohli after he rejoins the squad. Cheteshwar Pujara has been named vice-captain of the Test side.

Test Series to Begin in Kanpur

Kanpur will host the first match of the two-Test series in November, while Mumbai will be the venue of the second match that is scheduled to begin on December 3.

Rohit Sharma, who has been named skipper of India in the T20I series versus the Kiwis, has been rested by the selectors for the Test series. Mohammed Shami, Rishabh Pant and Jasprit Bumrah have also been omitted for the same reason. Wicket-keeper-batter KS Bharat, middle-order batter Shreyas Iyer, paceman Prasidh Krishna, and off-spinner Jayant Yadav have all been included in the Test squad.

NZ to Tour India from 17 November

Apart from the two Test matches, New Zealand will play three T20Is as India are set to host them within days of the T20 World Cup 2021 that they crashed out of. India were beaten in their first two games of the ICC event by Pakistan and New Zealand respectively. Though they went on to beat Afghanistan, Scotland, and Namibia comprehensively, those wins did not help them to get past the league stage.

In the wake of India’s poor showing, the team’s outgoing coach Ravi Shastri has said that the team were drained mentally after having been part of bio-bubbles for six months at a stretch.

Shastri’s successor, Rahul Dravid, has reportedly discussed the fatigue element with the Cricket Advisory Committee (CAC) during his appointment as head coach of team India. Dravid is expected to reduce players’ workload through a rotation policy.

A BCCI official is reported to have said in an interaction with the media,

The Complete India Squad for the Test Series