Cricket Life > Articles > Tips > How to Bowl in Cricket
Follow us:

How to Bowl in Cricket 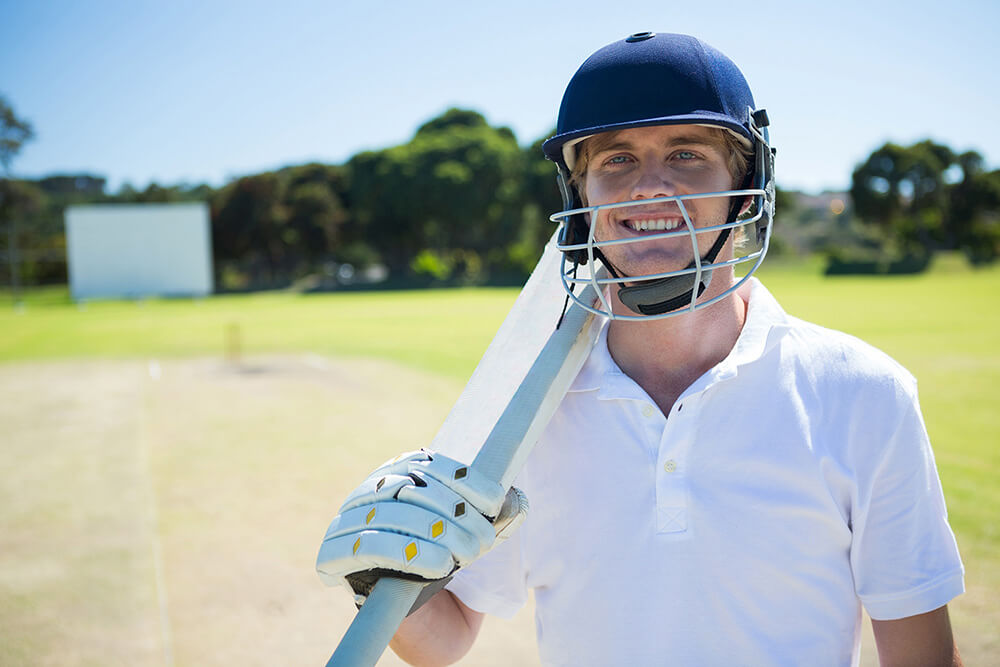 If you’re wondering how to bowl in cricket and need a couple of useful lessons, you have come to the right place. In this article, we will give you valuable advice and clear instructions on how to bowl a cricket ball and become a good bowler.

Bowling means throwing the ball towards the stumps that are defended by the batsman. A good bowler has a combination of natural ability, broad experience and perfectly-honed skills that help him play a vital role in his team’s success. It should be underlined, though, that there are clear differences between ‘throwing’ and ‘bowling’. While throwing the ball, you keep your elbow cocked and straighten it to exert energy when releasing the ball. In bowling, the elbow is held straight and energy is generated by shoulder and arm rotation as well as wrist movement.

A delivery means a ball bowled at the batsman. An over consists of six deliveries. After a bowler completes his over, a teammate starts a new one, starting from the opposite end of the cricket pitch. The bowler delivers the ball from behind the crease to the non-striker’s end. Furthermore, the ball should only contact the pitch once before it reaches the batsman. If there is no bounce, such delivery is called a full toss. Moreover, bowlers need to ensure their front foot remains behind the bowling crease as they release the ball, otherwise, an umpire calls a no ball.

Each bowler has his own way and method of delivery. You should try out different approaches and practice the one that is the most suitable for your physique and personal style. Generally, there are three kinds of bowlers.

Such type of bowler performs superfast deliveries at an average speed of over 90 mph (145 kph). You need to have great physical strength and be extremely fit to become a good fast bowler. In international cricket, fast bowlers are respected for their pace. If you are able to combine accuracy of the move with the quick pace, you have all chances to become a legendary fast bowler.

A medium-fast bowler’s speed ranges between 60 and 75 mph (100-125 kph). They make up for the lack of pace by swinging and moving the ball. Weather conditions play a big role in swing bowling as an overcast sky is of help to this type of bowling. That is why medium-fast swing bowlers are more common in countries like England and New Zealand where the climate perfectly suits such bowling method.

Spin bowlers deliver at a much lower speed of less than 60 mph (100 kph). However, they are effective because they impart rotation to the ball using their wrists and fingers. Such type of bowler is rather cunning as he prefers a sharp spin and bounce which helps him outsmart the batsman. Off spinners guide the ball to the right-handed batsman from the off stump, while leg spinners move the bowl away from the right-handed striker.

The following methods can help you become an excellent bowler.

Your bowling arm should be neither too high nor too low. Release the ball from 12 o’clock position to boost your accuracy and speed.

Needless to say, your other arm also plays an important role. You should move it down and out, bringing it to your body. This technique helps the bowling arm to increase the speed of the delivery.

Pump your arms and elbows when running up and loading up into the release action. Do your best to avoid needless side movements as it might affect the momentum.

Try not to raise your non-bowling shoulder too high because you may lose balance and worsen the timing. The trick is to move it forward rather than up and down.

Moreover, it will do you a world of good if you delay the release of the ball as it would help you generate a bigger arm pull.

Make the best out of the speed of your hand and jump. As you improve your basic skills you can learn to effectively use your wrist’s speed to set the right pace. Undoubtedly, the way you move your wrist is important in quick bowling.

Make use of the momentum caused by 12 o’clock wrist position. While running in, make your wrist face upwards. Release the ball using the force of the wrist to increase the pace.

Being a good bowler in cricket is impossible without knowing the existing types of deliveries.

Off cutter – When such delivery is performed, the ball moves from the right-handed striker’s off side towards the leg side. You should aim to land the off cutter on the batman’s off stump or a few inches outside it. To make the correct movement, pull your fingers down the right side of the ball as you deliver.

Leg cutter – This delivery type is the opposite to the off cutter as the ball moves from the leg to off side. You should make your fingers move across the seam to the left to deliver a leg cutter.

Inswinger – This ball moves from the off side to the leg side of a right-handed batter. The inswing amount generated depends on various factors, such as weather and condition of the pitch. Pay attention that one side of the ball should constantly be shined by your team members to facilitate a good swing. After Covid-19 pandemic, it remains to be seen whether players will be allowed to use spit and sweat to shine the ball. To bowl an inswinger, the finger position and movement on the ball seam are similar to those when delivering an off cutter.

Outswinger – The ball swings towards the slips from the right-handed batsman’s off stump. It catches the bat’s edge behind the stumps or in the slips. A delayed outswing movement is more efficient as it can lead to more dismissals. In order to bowl an outswinger, you should keep the ball’s shiny side to the seam’s right.

Reverse swing – This technique is relatively new and not thoroughly studied. In reverse swing, the ball generally swings exactly the opposite way of what is expected. For example, an inswinging ball will be moving outwards and vice versa. A reverse swing is performed with an older ball whose rough side reminds the shined one as it moves in the air and changes its flight direction. No doubt, it is a rather difficult skill to master.

Learn how to improve bowling in cricket by following these tips: