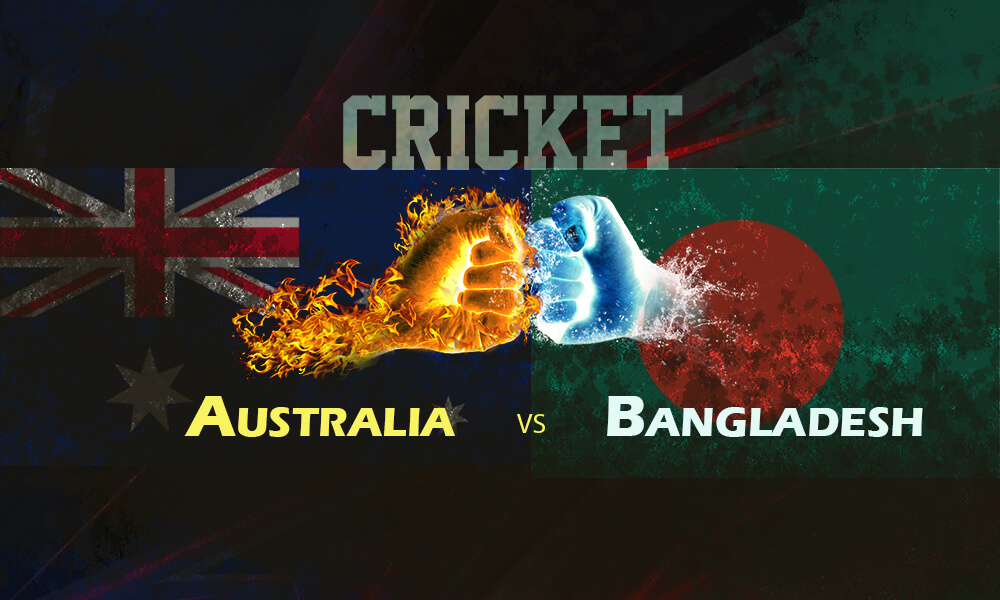 In the second T20I on fourth August, Australia batted first. They lost a couple of early wickets to be reduced to 31 for two in 5.4 overs before a partnership of 57 between Marsh and Henriques. When Henriques got out in the 15th over, the visitors were 88 for three and needed to accelerate the scoring. As it transpired, a lower order collapse saw them reduced to 106/7 in the 19th over. Australia finished their allotted overs with 121/7.

Marsh who made 45 from 42 balls was Australia’s top scorer, while Henriques scored 30 from 25 balls. For Bangladesh, Mustafizur Rahman took 3 for 23 to emerge the most impressive bowler. Shoriful Islam took two for 27 while Shakib Al Hasan and Mahedi Hasan grabbed one wicket each.

When Bangladesh replied, they did not get off to the best possible start, losing two wickets for 21 by the 4th over. A mini rescue act by Shakib Al Hasan and Mahedi Hasan helped them to 58 for three in the ninth over. But a flurry of wickets brought Australia back into the match. At 67 for five in the 12th over, the Bangladesh batting looked shaky. However, a determined stand between youngsters Afif Hussain and Nurul Hasan helped Bangladesh to victory without further loss of wickets and eight overs to spare.

Hossain top scored with 37 from 31 balls and Nurul Hasan remained unbeaten on 22. For Australia, Mitchell Starc, Josh Hazlewood, Ashton Agar, Adam Zampa and Andrew Tye took one wicket each. With this win, Bangladesh have taken a 2-0 lead in the five-match series.

While Australia have won three of the last five games between the sides, their last win came more than five years ago. By contrast, Bangladesh have won the first two games of the ongoing series.

In our Australia vs Bangladesh T20I Prediction, we forecast that Australia will bounce back with a win in the 3rd T20I of the series on 6 August.

Australia’s batting has failed them in the first two games, with players such as Phillippe, Carey, Agar, and Wade performing below their known potential. After shock losses in the first two matches, the visitors will be playing for pride in the 3rd T20I and we expect that to reflect in the eventual result.