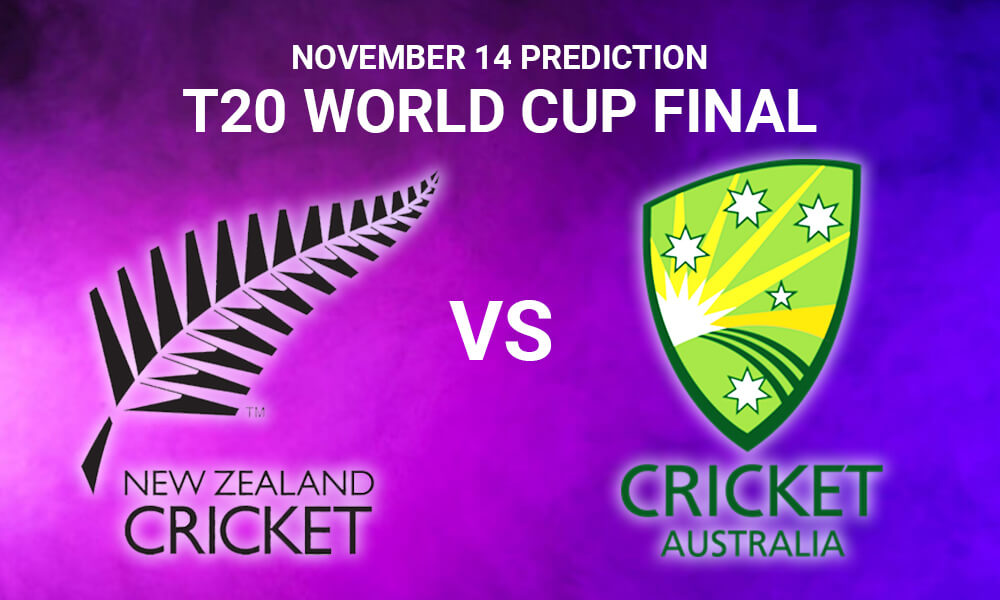 It will be New Zealand vs Australia in the final of the T20 World Cup in Dubai on 14 November. New Zealand beat England by 5 wickets in the first semifinal on 10 November, while Australia beat Pakistan by a similar margin in the second semifinal on 11 November. The results have ensured that a new champion side will emerge this year.

How the Teams Compare

New Zealand’s batting strength was never a topic of discussion ahead of the competition. But after the brilliant performance against England in the semifinal, people are beginning to pay attention to the batting depth New Zealand boast, with the flamboyant Neesham batting at number six. Guptill, Mitchell, Williamson, Conway, Neesham have delivered when it mattered.

Australia’s batsmen appear to be peaking at the right time. Chasing a big target of 177 against Pakistan in the semifinal, Warner Marsh, Stoinis and Wade came good.

New Zealand were arguably the best bowling unit of the competition. Boult, Southee, and Milne have been brilliant. In the spin department, Ish Sodhi has been second to none in the competition. If NZ have a relatively weak link in their bowling armoury, it is Santner. However, Williamson has handled his resources brilliantly. In Neesham, he has a sixth bowler he can fall back on.

For Australia, only Adam Zampa ever looks like taking wickets. But never rule out the likes of Starc and Cummins. As the saying goes, class is permanent.

In our NZ vs Aus match forecast, we predict that New Zealand will win their maiden T20I world cup trophy by beating Australia on 14 November.

The toss has proved vital in the T20 World Cup where the dew factor has tilted matches in favour of teams batting second. So, the toss could prove crucial to the result of the final.