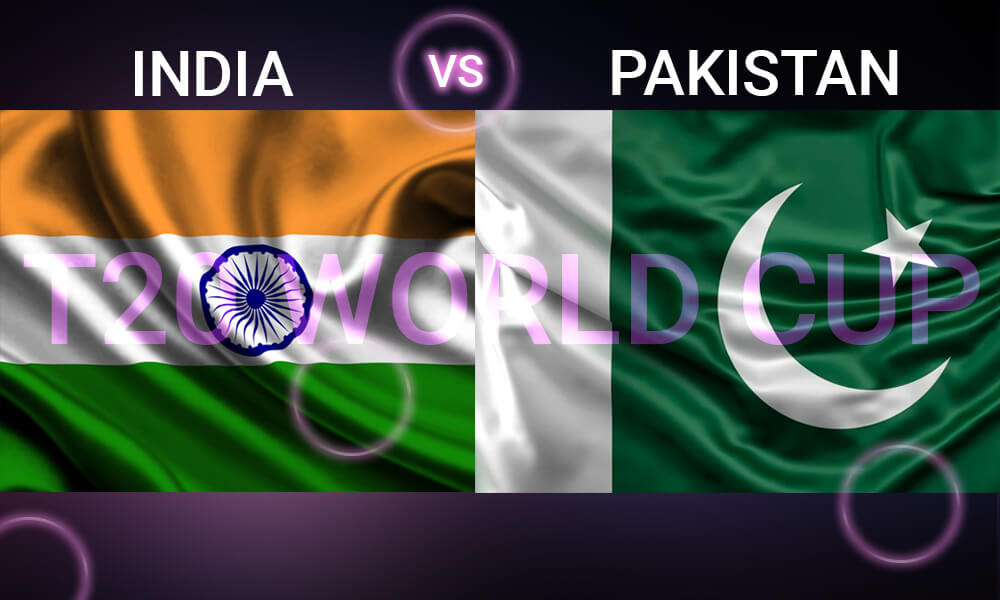 India vs Pakistan is arguably the most awaited game of the T20 World Cup. The group 2 teams are set to clash in Dubai on 24 October. While India will seek to continue their dominance over Pakistan in world cups, Pakistan would want to break the 5-0 streak that began in the final of the inaugural World Cup in 2007. In this article, we preview the match and forecast the result.

India and Pakistan last met in a T20I game on 19 March 2016 in Kolkata. In the league match during the last T20 World Cup, Pakistan batted first. After a slow and steady start, they lost the wicket of opener Sharjeel Khan, with the scorecard on 38/1 in the 8th over. In the middle overs, the Indian spinners, Ashwin, Jadeja, and Raina, put the brakes on the scoring rate, restricting Pakistan to 118/5 in 18 overs (in a rain-curtailed game). Shoaib Malik was the top scorer for Pakistan with 26 from 16 balls. For India, Nehra, Bumrah, Jadeja, Raina, and Hardik Pandya took a wicket each.

When India replied, they did not get an ideal start, losing 3 wickets for only 23 runs by the 5th over. But a fourth-wicket stand of 61 between Kohli and Yuvraj Singh put India on course. In the event, India chased down the modest target in the 16th over with six wickets to spare. Kohli made a top score with an unbeaten 55 from 37 balls. For Pakistan, Md Sami who took 2/17 was the most impressive bowler on the night.

In our Ind vs Pak match forecast, we predict that India will beat Pakistan on 24 October.

Many cricket observers consider the upcoming encounter a great opportunity for Pakistan to turn the tide against India who have never lost a world cup game to their subcontinental rivals. Pakistan will bank on their familiarity with playing conditions in the UAE which hosted their home matches for many years. However, they will be up against in-form Indian batsmen and bowlers who played on the same wickets during the recently concluded IPL.