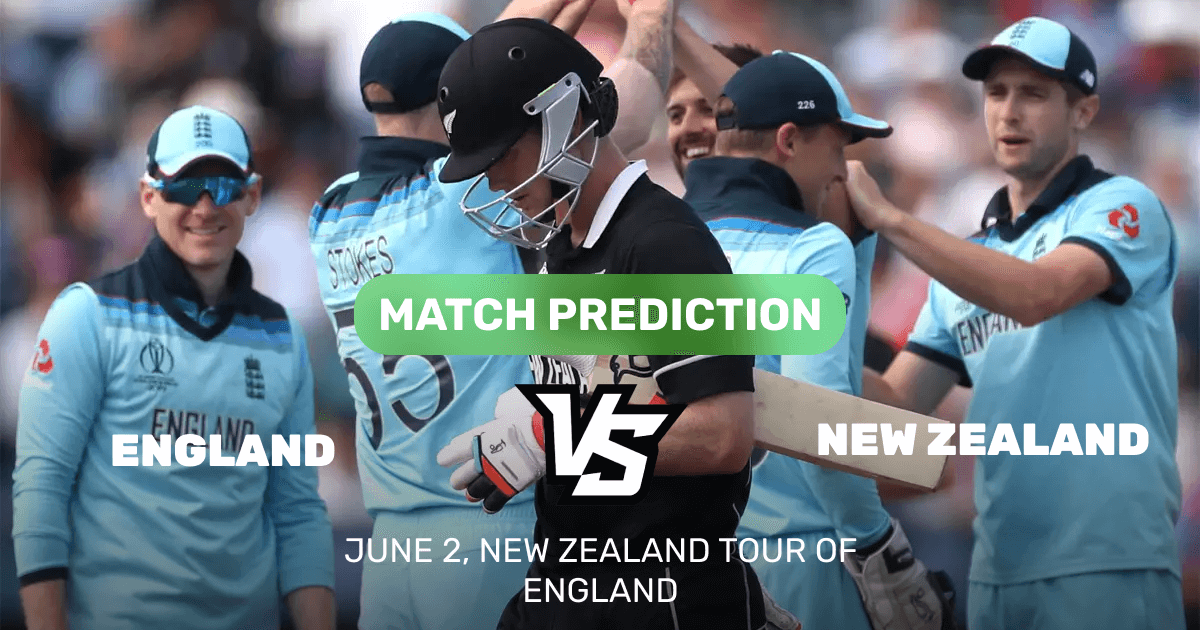 England start their 2021 summer season with two Test matches versus New Zealand, beginning with the Lord’s Test in London. This stadium last staged a match between the sides in May 2015 in which England won by 124 runs to draw the series 1-1.

England vs New Zealand head-to-head results of the latest five matches indicate the Kiwis have won three games and two Tests have been drawn. In the latest Test between the sides held from November 29 to December 3, 2019, in Hamilton, New Zealand, England won the toss and opted to field.

In the second essay, the Kiwis scored 241/2 in 75 overs and the game ended in a draw. The top scorers were Ross Taylor who clobbered 105 runs in 186 balls with 11 fours and 2 sixers and captain Kane Williamson with 104 runs in 234 balls with 11 fours. Joe Root was named the Player of the Match for his brilliant double hundred.

New Zealand won the 2-Test series 1-0 and the team’s Neil Wagner was named the Player of the Series. New Zealand’s Daryl Mitchell and England’s Zak Crawley made their debut in the match.

The match umpires were Kumar Dharmasena and Paul Wilson, Bruce Oxenford was the TV umpire, Wayne Knights was the reserve umpire and Javagal Srinath was the match referee.

Our England vs New Zealand prediction for the 1st Test of the New Zealand Tour of England 2021 is a New Zealand victory based on the head-to-head results that favour the Kiwi side. They also have a stronger all-round team which will give them an advantage.

Our ENG vs NZ match prediction is a Kiwi victory as they have a stronger all-round team on paper.