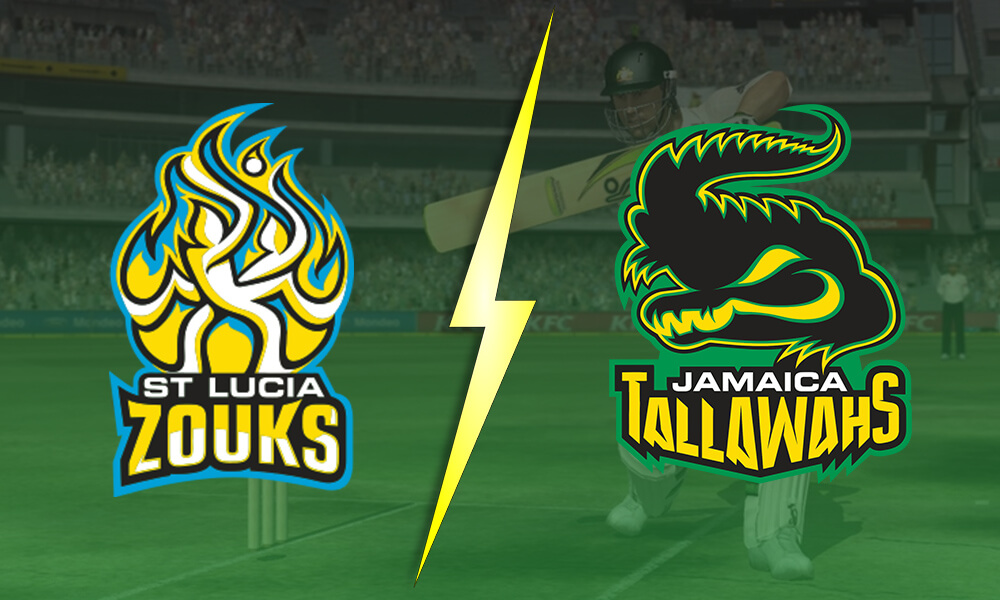 In this article, we present our Jamaica Tallawahs vs St Lucia Zouks (Kings) dream11 for match 24 of CPL 2021 on September 8 to be played at Basseterre

Thomas is our only choice for wicketkeeper batsman. He has shone with the bat with match winning innings of 55, 31, 26 and 28, so far.

Evin Lewis has underscored his calibre with innings of 62, 30, 39 and 73 for Patriots. His namesake, K Lewis, has had innings of 48 and 89 for Tallawahs. Sherfane Rutherford has been in tremendous form for Patriots with three half-centuries in 7 innings. Brooks has been one of the few Tallawah players with consistent runs, with innings of 47, 47 and 14 in his three appearances.

Pretorius has been Tallawahs’ best bowler so far, with 10 wickets in 5 matches including two four-wicket hauls. Likewise, Meekeren and Drakes have been consistently among the wickets for Patriots.

Our dream11 captain and vice-captain are Evin Lewis and Fabian Allen respectively.

All our selections are based on form displayed in this tournament. 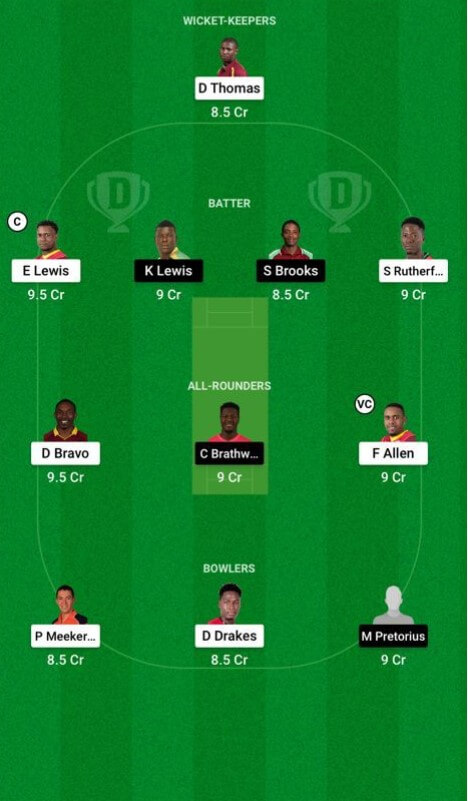