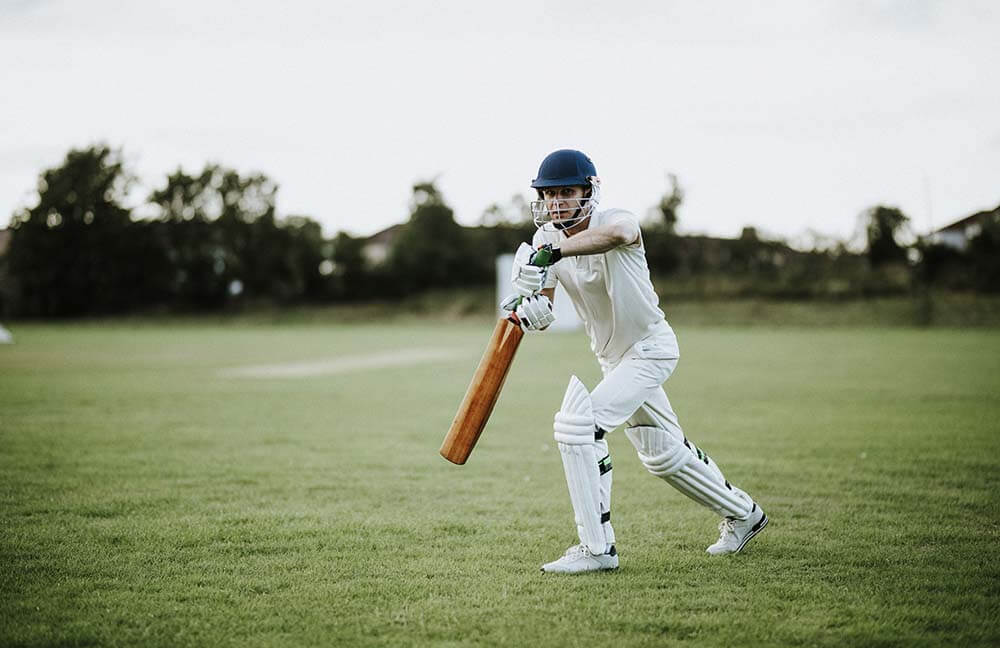 In their latest game, Melbourne Stars played Renegades in a Melbourne derby on 17 January. Renegades batted first and Stars bowled them out for 150. Liam Hatcher who took 3/29 spearheaded Stars’ attack, with ample support from Zahir Khan (2/23), Bill Stanlake (2/28), Adam Zampa (1/24), and Glenn Maxwell (1/29). Stars paced their reply perfectly to chase down the target in 19.1 overs. Marcus Stoinis and Nick Larkin were joint top scorers with 43 runs each, while Glenn Maxwell and the unbeaten Nic Maddinson made 20 each, in Stars’ 6-wicket victory. 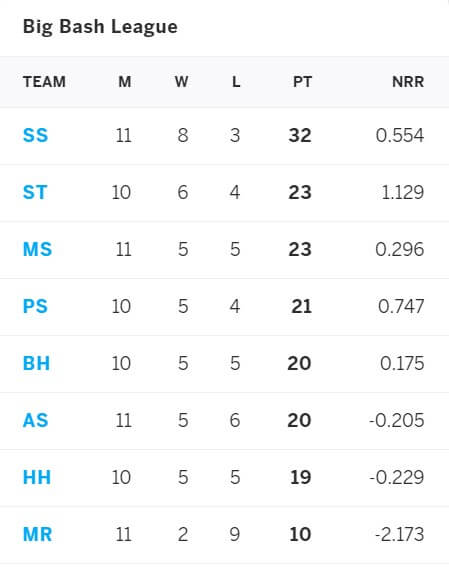 In their most recent match, Perth Scorchers met Sydney Sixers at Canberra on 16 January. Scorchers batted first and posted 163/7, on the back of innings of 67 by Liam Livingstone and 34 by Colin Munro. Livingstone gave Scorchers a great start with a 76-run opening stand with Jason Roy who scored 21. But a middle order collapse ensured that Scorchers were well short of the score they would have wanted. As things transpired, the target did not challenge Sixers who won by seven wickets in the 19th over. Jason Behrendorff took 1/19 to keep the Sixers batsmen quiet. While Fawad Ahmad and Richardson were also amongst the wickets, the bowlers could not do much to defend a paltry target against Sixers’ powerhouse batting order.

Earlier this season, on 16 December, Melbourne Stars and Perth Scorchers played against each other at Launceston. In a rain-curtailed game, Scorchers batted first and posted 158/6 in 17 overs on the back of innings of 49 by Colin Munro, 34 by Joe Clarke, and 39 by Ashton Turner.  Nic Maddinson was the most impressive of Stars’ bowlers, taking 2/8. Billy Stanlake (2/28) and Liam Hatcher (2/17) also tasted success. After further rain during the interval, Stars were set a revised target of 76 from 6 overs. But as things transpired, the match had to be called off after only 7 balls had been bowled. Before play ended, Stars had scored 10/1, with Jhye Richardson taking a wicket off the only ball he bowled.

Melbourne Stars and Perth Scorchers are dead even in the head to head comparison between the sides, having won 8 games each out of 17. Scorchers last won a match against Stars way back in February 2019. However, there is nothing to choose between the sides who have both been in good form this season. We expect a tight game, the result of which could be decided by who plays better on the day. 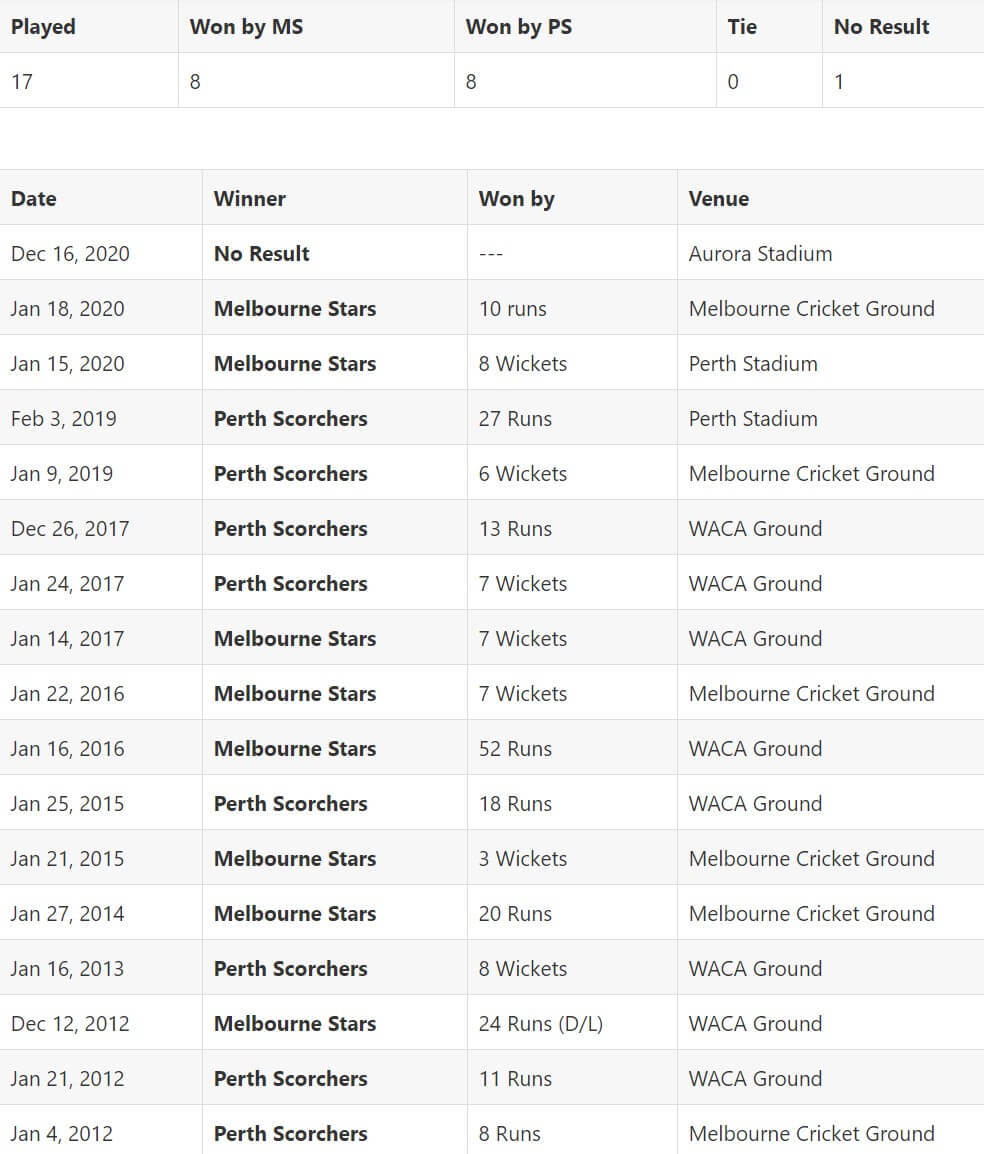