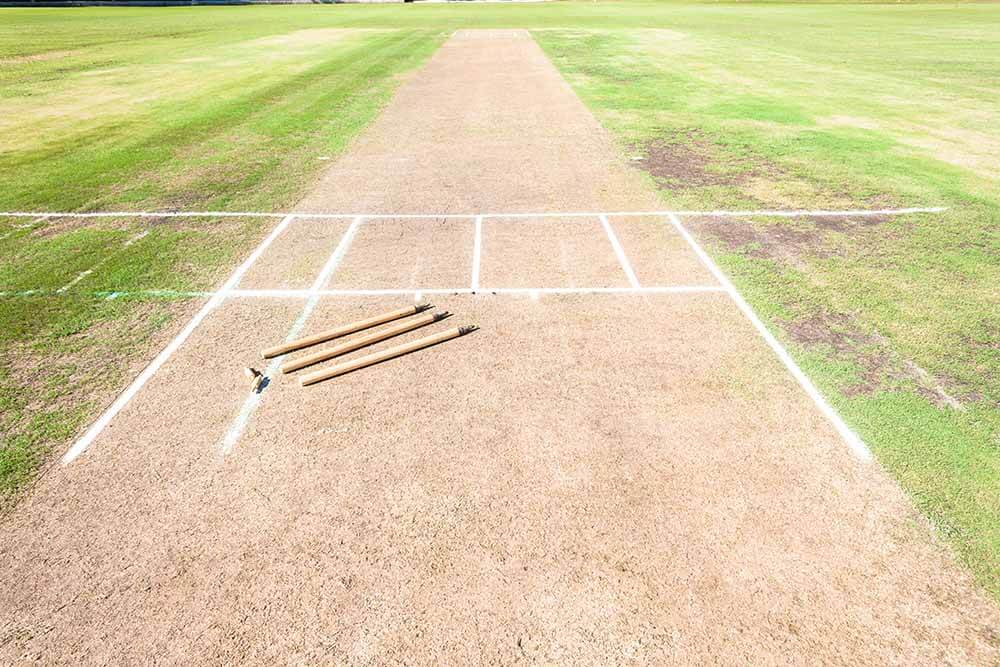 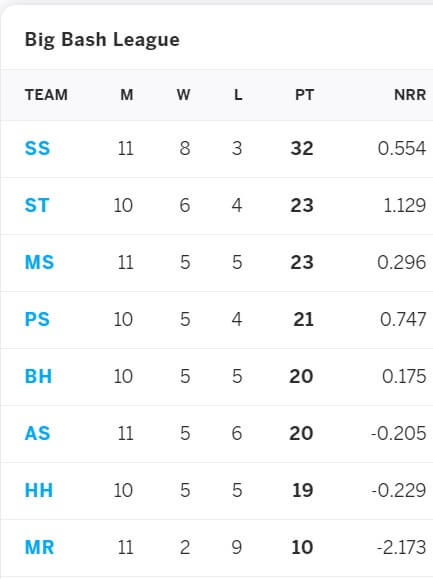 These teams met earlier this BBL season at Canberra on 14 January 2021. Melbourne Renegades batted first in that game and were restricted to 149/6. Jake Fraser-McGurk (40 0ff 33 balls) and Beau Webster (50 off 40 overs) rescued their side with a 58-run stand after Renegades were reduced to 59 for 4. But Heat’s bowlers, especially Mark Steketee (2/24) kept the Renegades batsmen on a tight leash. Xavier Bartlett, Jack Wildermuth, Matthew Kuhnemann, and Morne Morkel shared the other four wickets to fall.

When Heat batted, they got off to a good start with an opening stand of 46, in which Max Bryant contributed 23. When Chris Lynn was out for 50 off 40 balls, the scoreboard read 105 for 2 in 13.5 overs, and Heat had a good platform to build on. Joe Denly (31) and Joe Burns (31) ensured that the openers’ efforts didn’t go in vain, as Heat crossed the line with 5 wickets and 8 balls to spare.

Renegades will rely on Sam Harper (231 runs in 10 games) and Shaun Marsh (209 runs in 8 matches) to continue to guide the batting effort. Among Renegades’ bowlers, Richardson (12 wickets in 10 matches) and Imad Wasim (7 wickets in 7 games) have been the most impressive.

Brisbane Heat have won 4 of their last 5 matches. That one loss came against defending champions Sydney Sixers, while the 4 wins were registered against Melbourne Renegades, Melbourne Stars, Sydney Thunder and Sydney Sixers.

Renegades have established a 10-3 advantage in the head to head comparison with Heat – see the table below. Despite the overwhelming h2h numbers in Renegades’ favour, Heat have displayed better form this season and must be considered favourites to win the contest on January 23. If Renegades are to overturn that sentiment, their key players must play to potential on the day. 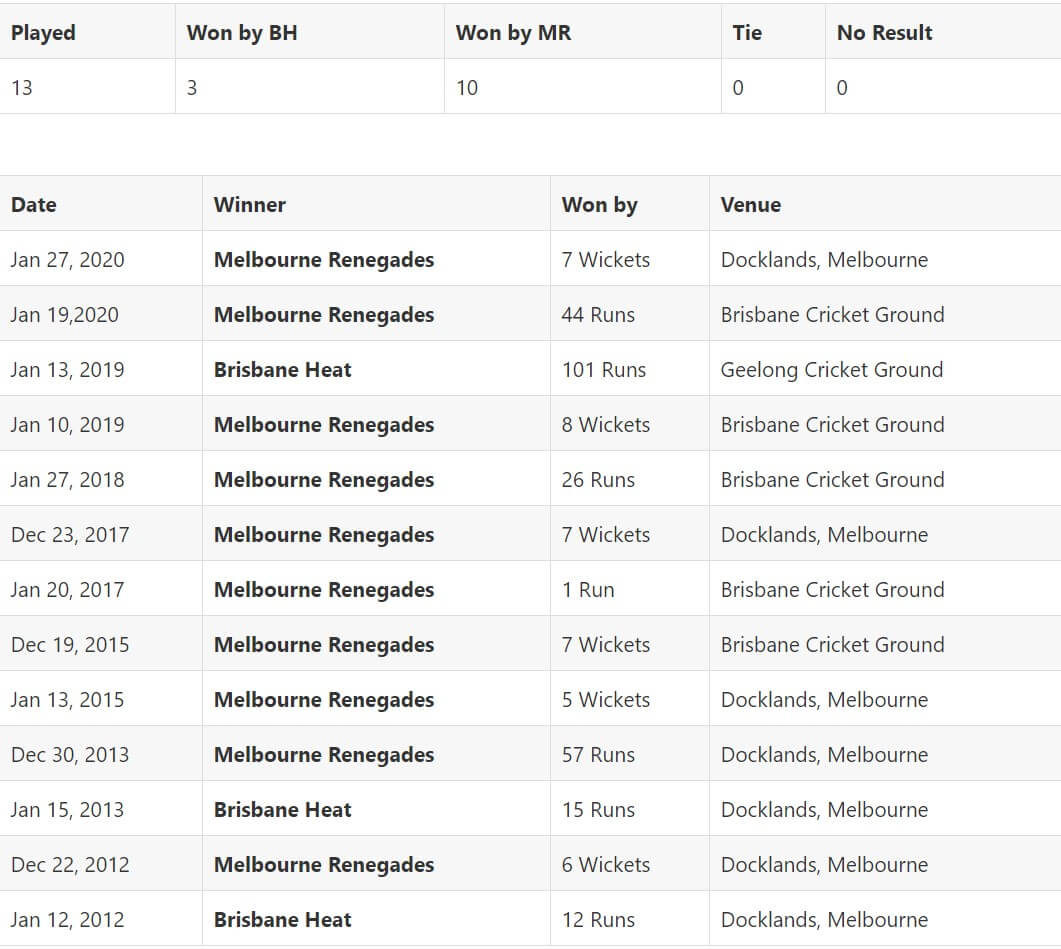