Babar Azam Has Been Appointed Pakistan Captain Across Formats 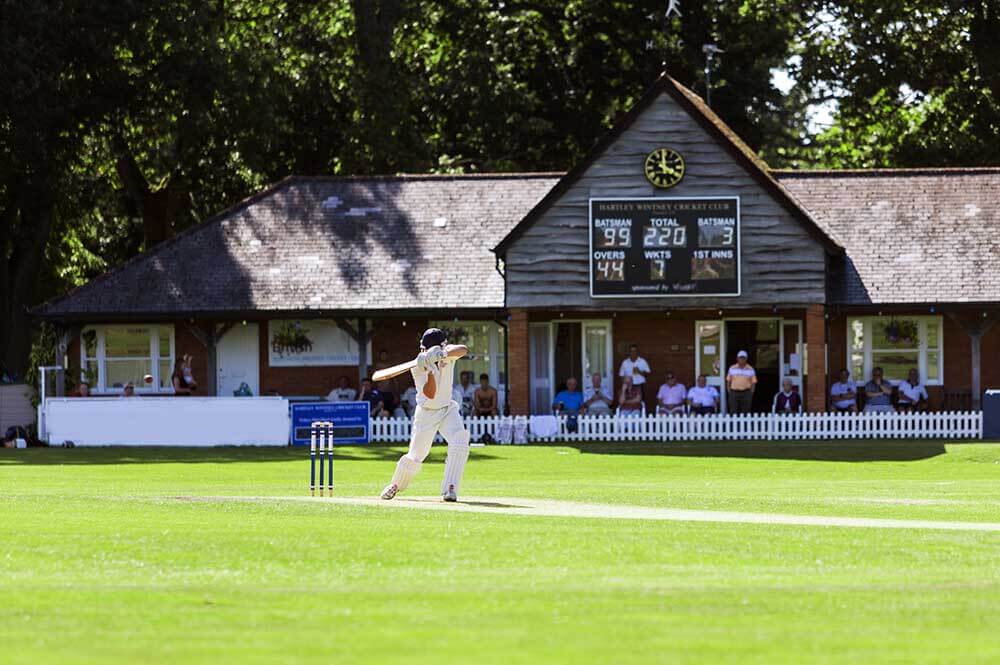 Ahead of the upcoming series against New Zealand, the Pakistan Cricket Board (PCB) has appointed Babar Azam Test captain of the national side, thereby making him the captain across all three formats. While Pakistan’s ODI and T20I squads already had Babar Azam at the helm, the Test team was earlier led by Azhar Ali on the tour of England last summer.

Will Babar Azam Rise to the Challenge of Captaining Pakistan in Tests?

Azam’s first challenge as Test captain will come when Pakistan face off against New Zealand in two ICC World Test Championship matches. While the first match is scheduled to be played from 26 to 30 December 2020 in Mount Maunganui, the second one is set to be played in Christchurch from 3 to 7 January 2021.

The appointment was confirmed by PCB chairman, Ehsan Mani, who met Azhar Ali to thank him for his contribution as captain. Ehsan Mani is reported to have conveyed his congratulations to Babar Azam on his appointment as Test captain in a personal meeting after Azam had led Pakistan to an 8-wicket victory over Zimbabwe in the 3rd T20I between the sides in November.

The CEO of PCB, Wasim Khan, has since assured Azam that he would remain Test captain during his and Ehsan Mani’s tenure at PCB. Speaking to a media outlet, Khan is reported to have said that Azam had been rewarded with Test captaincy because he was Pakistan’s best batsman and that the young man had “himself wanted to take on the responsibility for all three formats.” According to Khan, the time has come to “start grooming Babar and make him Test captain as well.”

The long-term guarantee of captaincy is a departure from the policy adopted earlier by PCB. For instance, Sarfraz Ahmed was appointed Test captain on a series-by-series basis. Likewise, Azhar Ali was also not given any long-term assurance of leadership of the Test squad. Babar Azam became captain of Pakistan in the limited-overs formats in 2019 after Sarfraz Ahmed had been sacked. Meanwhile, Test captaincy was awarded to Azhar Ali. Azam’s rising star coincided with Ali’s loss of form, resulting in PCB seeking a long-term captaincy solution by offering it to Azam.

Babar’s captaincy record in white-ball cricket makes interesting reading. Take a look at the adjoining chart, which is a combined record of Azam’s captaincy in ODIs and T20Is. Pakistan’s premier batsman recently led the side in ODIs for the first time in a three-match series against Zimbabwe that Pakistan won 2-1. Of the remaining 11 T20I matches Azam has skippered, Pakistan have won 6 and lost 2 with three matches either tied or ended without result. The two losses came in the two-match series against Australia earlier this year. 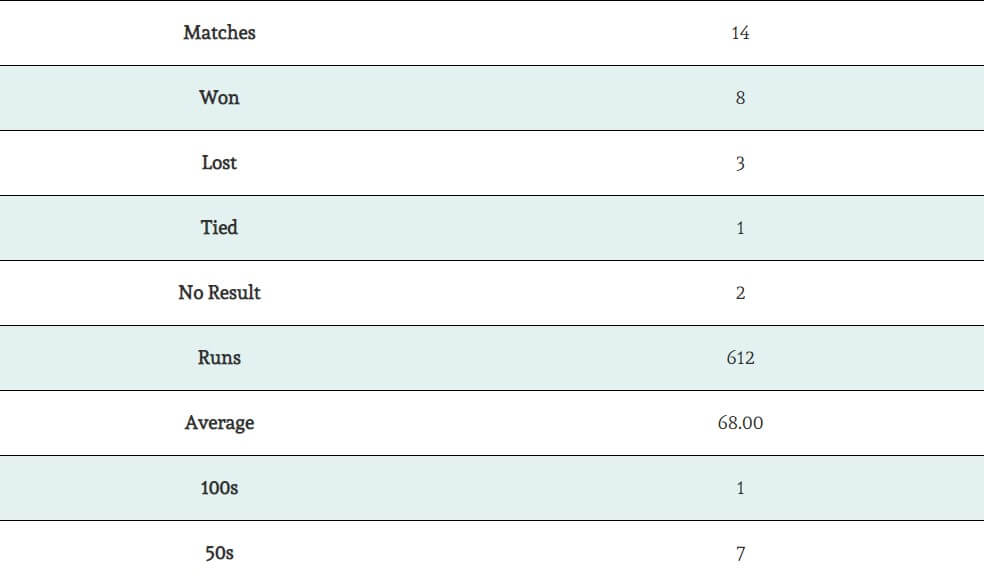 From the record, captaincy has clearly not affected Babar’s batting. He has scored 612 runs at an average of 68.00 with one ton and seven half-centuries. That record compares well with his overall statistics. Babar averages 55.93 in ODIs as evident from the following snippet from espncricinfo.com.

Azam’s T20I batting record is no less impressive, with a batting average of 50.93 as revealed in the following chart.