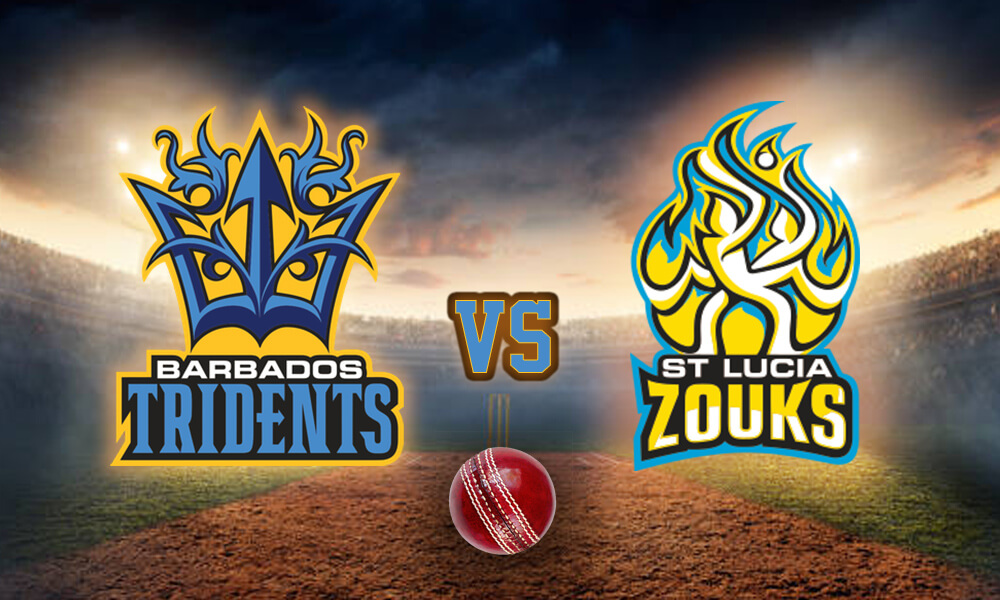 In match 28 of Caribbean Premier League 2021, it will be Barbados Tridents (Royals) vs St Lucia Zouks (Kings), on September 12, at Basseterre. While Kings are currently second-placed on the points table, Royals are at the bottom. We preview the match and present our prediction. 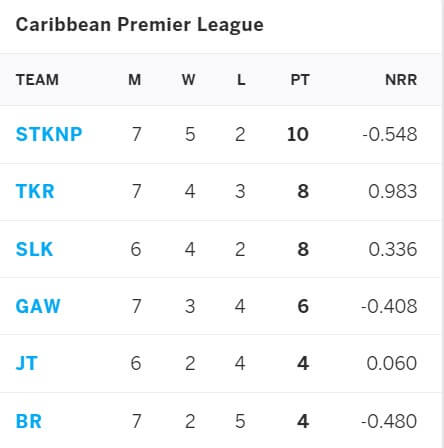 The two teams last met on 30 August 2020 at Port of Spain. Kings batted first and lost early wickets to be reduced to 58/5 in the 11th over. A late order collapse saw them bowled out for 92 in 18 overs. For Kings, Najibullah Zadran was the top scorer with 22 from 31 balls. For Royals, Hayden Walsh was the best bowler on the night, returning figures of three for 19.

In reply, Royals were off to a reasonable start putting on 32 runs for the first wicket. But once Shai Hope was out in the sixth over, there was a regular fall of wickets. Kings also put the brakes on the scoring rate to restrict Royals to 89/7, handing Kings a narrow four-run victory. Johnson Charles was the top scorer for Royals with 39 from 42 balls. For Kings, Javelle Glen was the most successful bowler, with figures of two for 11.

On 7 September, Royals beat Warriors by 45 runs, while, on 5 September, Kings beat Patriots by 6 wickets.

In our BR vs SLK match 28 prediction, we believe that Kings will beat Royals on 12 September.

Bookmakers’ odds favour Kings to overwhelm Royals in match 28 of CPL 2021 on 12 September.

The h2h record, recent form, and respective positions on the points table clearly indicate the superiority of Kings.