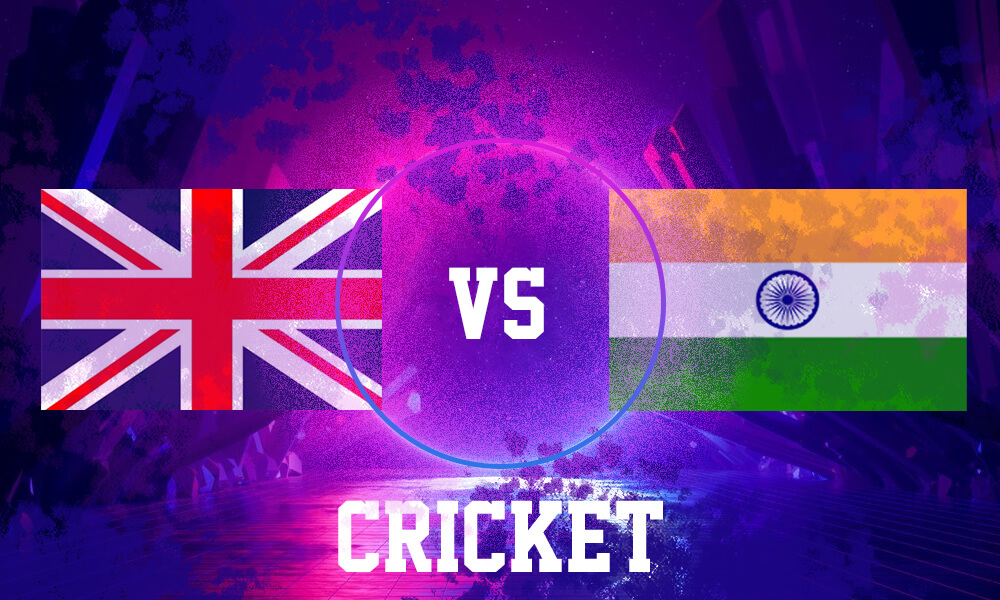 We preview England vs India, the 2nd Test of the five-match series on India’s tour of England to be played at Lord’s on August 12, 2021, and present our England vs India Dream11 Prediction.

Pant is an automatic selection in our dream11. He batted well in the first innings of the first test, his only knock. He also kept well and made a spectacular catch to dismiss Sibley. Bairstow was a late inclusion in the England team to strengthen the batting after Ben Stokes decided to withdraw. Bairstow batted well in both innings and appears to be in great form.

Sharma cut down on flamboyant shots in the first test and got runs in both innings. Rahul, included in the team only due to the absence of Shubman Gill, carried on from where he left off in his ton versus the County Select XI practice game ahead of the first test. India wed their first innings lead largely to Rahul’s determined stay at the crease that fetched him 84 runs. Root was deservedly named man of the match after scores of 64 and 109 in the two innings of the first test.

Robinson recalled to the England side after serving a ban made up for lost time, with a five-for in India’s first innings. Bumrah, who failed to impress in the WTC final versus New Zealand made the most of seam-friendly conditions in the Nottingham test to take nine wickets, including five in the second innings. Anderson took four wickets in India’s first innings at Nottingham, triggering a collapse after the visitors appeared set for a big score. Shami took three wickets in England’s first innings and helped bowl them out for 183.

We have handed the captaincy of our dream11 to Joe Root and the vice-captaincy to Rahul.

We have selected our England vs India Dream11 Prediction based on actual performances by the players involved in the first test at Nottingham. 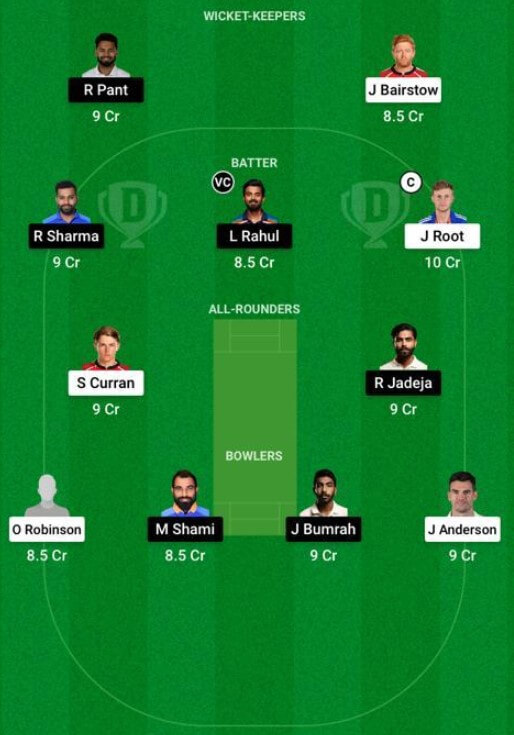