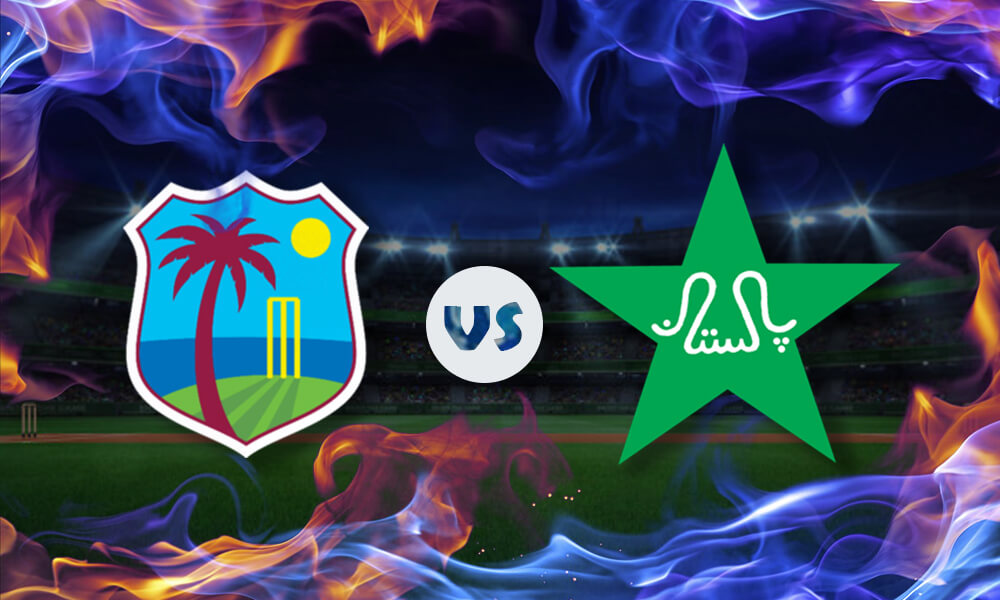 It will be West Indies vs Pakistan in the 1st test of a two-match series on the Pakistan tour of West Indies to be played at Kingston, Jamaica.

M Rizwan has become one of Pakistan’s most reliable batsmen across formats. In 2021, the Pakistan batsman scored 303 runs in 7 innings at an average of 50.50, including an unbeaten match-winning unbeaten knock of 115 versus South Africa at Rawalpindi.

Azhar Ali has scored 407 runs from 8 innings in 2021, including a century and two fifties. His last innings was a match winning unbeaten 126 versus Zimbabwe. In his fledgling test career, Abid Ali has made 844 runs in 12 matches at an average of 49.64. In 2021, he has garnered 310 runs from 5 innings, at 75.50, including an unbeaten 215 against Zimbabwe in his last innings. Babar Azam is one of the world’s best batsmen across formats. Though his performance in 2021 has not been impressive, with only 124 runs from 6 innings, including a top score of 77 versus South Africa, the Pakistan skipper can walk into any team across formats. Kraigg Brathwaite has been one of relatively consistent batsmen for West Indies in recent years. In 2021, Brathwaite has made 414 runs from 12 innings. Kieron Powell was recalled to the WI test squad after three years in the home series versus South Africa earlier this year. Though he made only 70 from three innings, his last innings was an impressive 51.

For many years, Jason Holder has been one of the world’s best allrounders across formats. In 2021, he has scored 172 runs in 8 innings, including an unbeaten 71 versus Sri Lanka. He has also taken 13 wickets, with best bowling figures of 5/27.

Hasan Ali has become Pakistan’s best bowler in recent times. In 2021, Hasan Ali has taken 26 wickets in four matches, including 10 wickets in a match versus South Africa and 9 wickets in a match versus Zimbabwe. Shaheen Afridi has earned a reputation for being Pakistan’ most consistent wicket taking bowler across formats, in the last few years. In 2021, he has taken 19 wickets in five tests. Kemar Roach has taken 19 wickets in five tests in 2021. He was one of the few success stories for West Indies in their last series versus South Africa, taking 9 wickets in two matches, including 7 in the last match at Gros Islet.

The captain of our dream11 is Babar Azam, while the vice-captain is Hasan Ali.

We have arrived at our WI vs PAK Dream11 Team Prediction based on the recent form displayed by the various players involved. 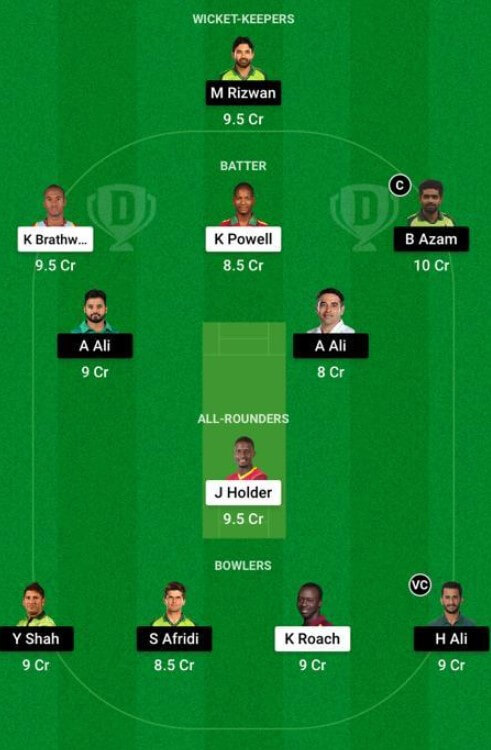