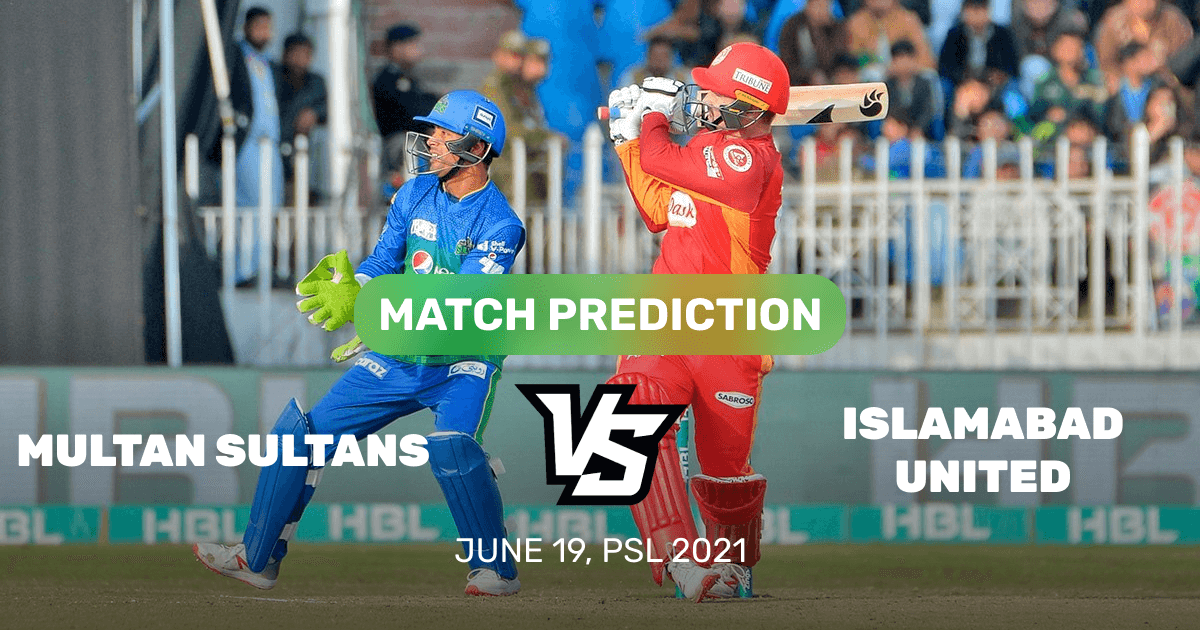 We preview Multan Sultans vs Islamabad United, the much-awaited match of the second leg of the PSL 2021 to be played on June 19 in Abu Dhabi. With the league inching closer to the playoffs, Sultans are currently 4th, while United are perched at the top of the points table. 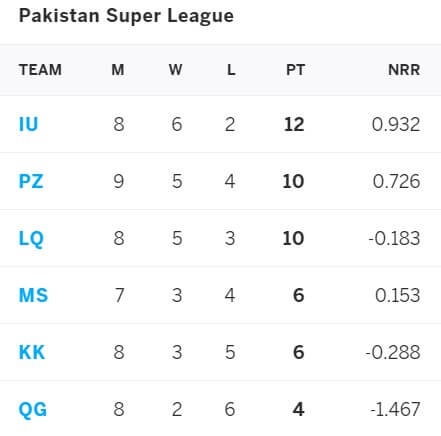 The teams faced off in the first leg in Karachi on 21 February. Batting first, Sultans lost an early wicket but recovered to 87 for 3 on the back of successive partnerships between Rizwan and Vince, and Rizwan and Rossouw. However, a late collapse saw Sultans restricted to 150/8 in their quota of overs. Rizwan made a top score with his 71 off 53 balls, with only Vince (16), Rossouw (25) and Brathwaite (22) among the others reaching double figures. For United, M Wasim was the best bowler taking 3/29, while Lewis Gregory (two), Ashraf, Hasan Ali and Shadab Khan took the other wickets.

United did not have the best start to their reply, losing 3 wickets for 55 runs. A flurry of wickets thereafter saw them reduced to 74 for 6 in the 12th over. The fall of Faheem Ashraf’s wicket at the end of the 16th over appeared to sound the death knell, with the scoreboard reading 117 for 7. But Gregory, whose unbeaten 49 off 31 balls was the top score, guided United past the target without further loss of wickets. Hales (29) and Ashraf (22) were the other batsmen who contributed to the successful chase. For Sultans, Brathwaite and Shahid Afridi took two wickets each, while M Umar and Khushdil Shah took one each.

While Islamabad United are virtually assured of a top-two spot on the points table, Sultans are not yet guaranteed a place in the playoffs. Sultans who have three matches left to play must win at least two of those to remain in contention.

If you want to start making money on cricket, then go to Djai Ambani’s website. He won over 1000 bets and became a millionaire in a year. On his website, Djai shares the bets he will be placing. Go ahead and win with him.

While Sultans have won three of the last five games between the sides, United won the last match in the first leg of the PSL 2021.

We predict that Islamabad United will beat Multan Sultans in match 29 of the PSL 2021 on 19 June.

We have made our match 30 prediction basing it on our analysis of the relative form of the two teams, as reflected in their positions on the points table.