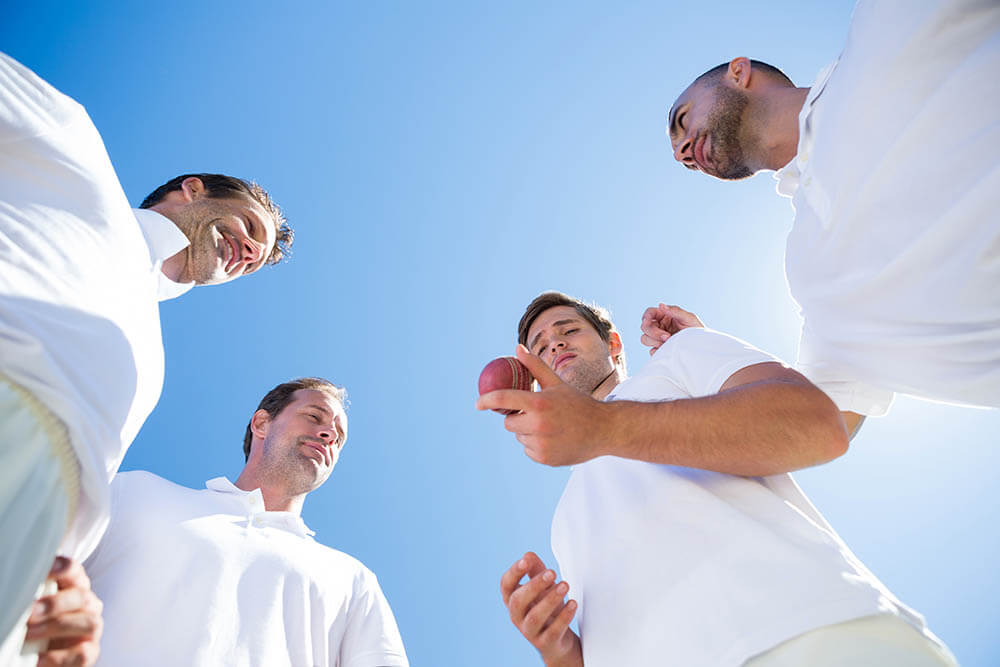 On Wednesday, Perth Scorchers will face off against Melbourne Stars at the University of Tasmania Stadium in Launceton in their second match of BBL 10. In their first, Scorchers played Melbourne Renegades on 12 December at Blundstone Arena. Batting first, Scorchers lost three wickets in the first three overs. Despite a rearguard action by Ashton Turner (24) and Aaron Hardie (33), Scorchers were restricted to 130, a target that the Gades chased down with 21 balls to spare. Among Scorchers’ bowlers, Jhye Richardson impressed, snaring the wicket of Aaron Finch.

Unfortunately, for Scorchers, they will be up against arguably the strongest side in the ongoing BBL in the form of Melbourne Stars. Stars have played two matches so far in the ongoing season and won both. On 11 December, Stars bowled out Brisbane Heat for 125 before chasing down the target in 17.1 overs, with six wickets to spare. The next day, on 12 December, Stars batted first against Sydney Thunder and posted a score of 169/8 before restricting Thunder to 147/9.

Can They Fulfill Their Batting Potential?

On paper, Scorchers’ batting runs deep, with Hardie at number seven their highest scorer in their opening match against Renegades. They may just have had a bad day at the office as we don’t often see a top order containing the likes of Josh Inglis, Colin Munro, Joe Clarke and Mitchell Marsh collapsing. However, against such a consistently good side as Stars, they will have to be at their best if they want to make a match of it on Wednesday.

In Behrendorff, Richardson, Tye and Fawad Ahmed, Scorchers have the bowlers to deliver the goods, provided their batsmen put up a score to defend. Hardie and Turner can also chip in with the odd over or two.

Maxwell is carrying on from where he left off in the T20Is against India. Stoinis and Cartwright have also been among the runs. Stars bat deep, with Dunk at number five and Larkins at number six.

From the evidence of their matches so far, Stars have plenty of variety in their bowling arsenal. Apart from their regular bowlers in Stanlake, Coulter-Nile and Zampa, they can draw on the services of right-arm fast bowling of Pakistan’s pacer Dilbar Hussain, the left-arm wrist spin of Hinchcliffe, the right arm medium pace of Cartwright, and the pace bowling of Hatcher.

The H2H comparison between the sides is even, with each side having won 8 out 16 matches played between them. However, Melbourne Stars beat Perth Scorchers in both matches of season nine. 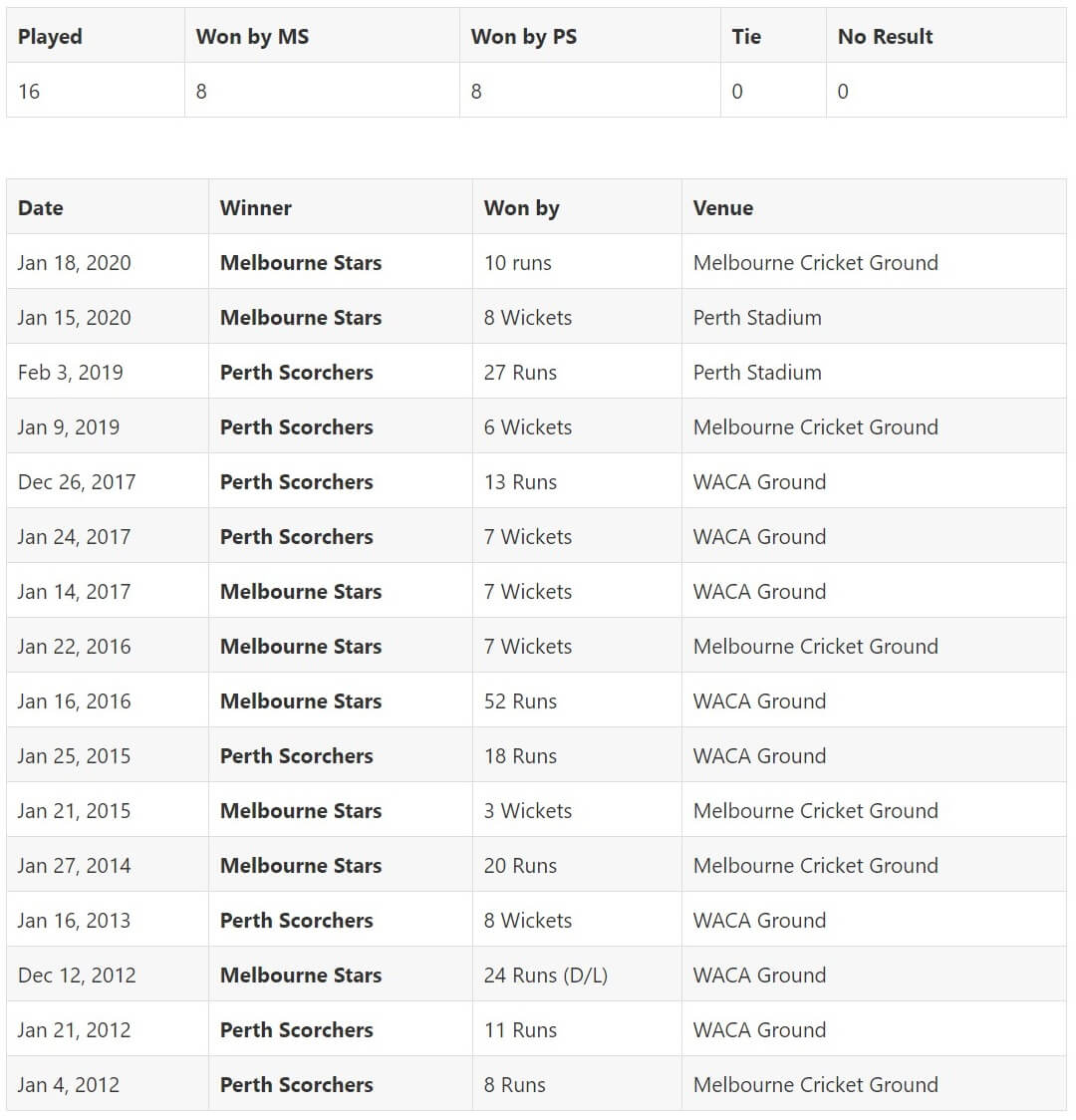 In season nine, Melbourne Stars topped the league table but lost in the final to Sydney Sixers in a rain-curtailed match. From the evidence of their first two games of season 10, they seem determined to win the title that has eluded them so far. Three-time former champions Perth Scorchers could find the Stars a little too hot to handle.