History of the Cricket Bat 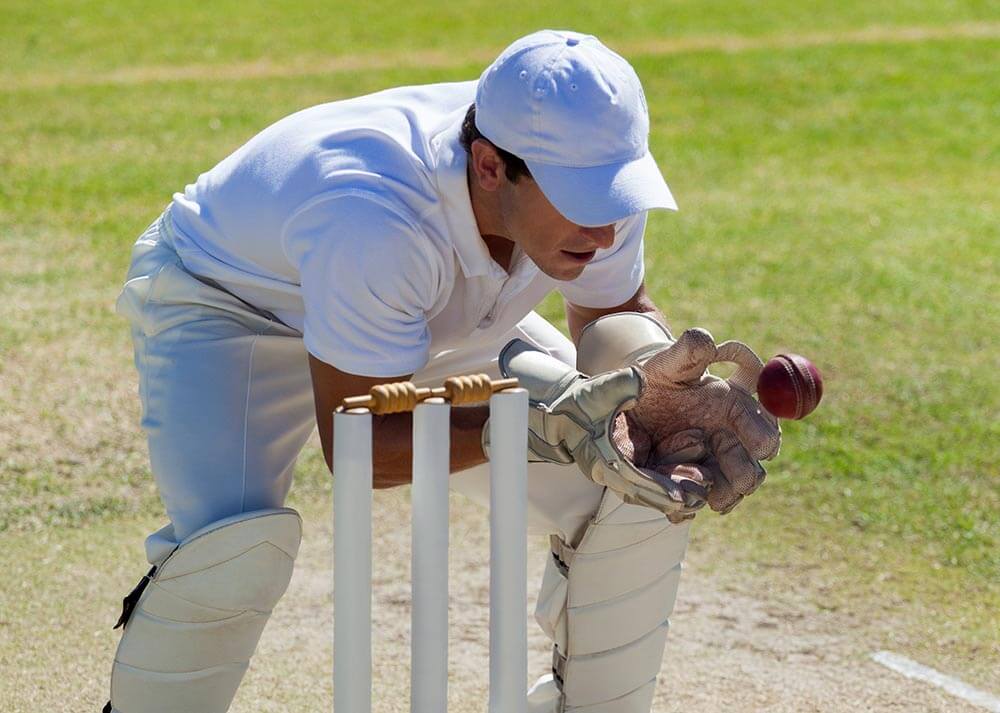 In this article, we discuss the history of the cricket bat. The first mention of a cricket bat was made by the media in 1624 when a batsman killed a fielder with his bat. The subsequent inquest revealed that the batsmen had done so to prevent the fielder from taking the catch that would have dismissed the batsman. Law 37 related to obstructing the field could have been a result of that incident.

The Trajectory of the Ball Influenced the Design of the Bat

Before the 1770s, bowlers were not allowed to loop the ball. At the time, underarm bowling was prevalent and the trajectory of the ball was flat and low to the ground. Accordingly, the bat resembled a hockey stick. But once the bowlers were allowed to loop the ball, bats became almost parallel with a maximum permissible width of 4.25 inches which has remained the same until the present time. The bats were bottom-heavy, because of which batsmen got used to swinging the bat vertically. The emphasis was on power rather than technique.

Until the 19th century, when the Marylebone Cricket Club devised the laws of cricket, there was no law aimed at restricting the shape or size of a cricket bat. In a match between Reigate and Hambledon in 1771, the batsmen used a bat that was as wide as the stumps. Hambledon, the fielding side, considered it unsportsmanlike and recommended that the bad be no wider than 4.25 inches.

Timeline in the Design Evolution of the Cricket Bat

In the 1820s, when bowling became round-arm resulting in extra bounce, manufacturers innovated, making bats lighter with high swells to allow greater freedom of movement and to make them more playable. As bowling got faster, there was greater shock inflicted on the bat which was then a one-piece affair. Bats tended to great broken more often, which led manufacturers to make the handles separately and splice them into the bats which were then made from ash or willow. In 1835, bats were restricted in length to 38 inches, a convention that has remained unchanged to this day. In 1840, handles that were made from India rubber or whalebone had a spring inserted into them. Cane began to be used in bat handles in 1853, an innovation by Thomas Nixon, a Nottinghamshire player. Once over-arm bowling became legal in 1864, bats became still lighter, designed to make them more playable and allow batsmen greater freedom. 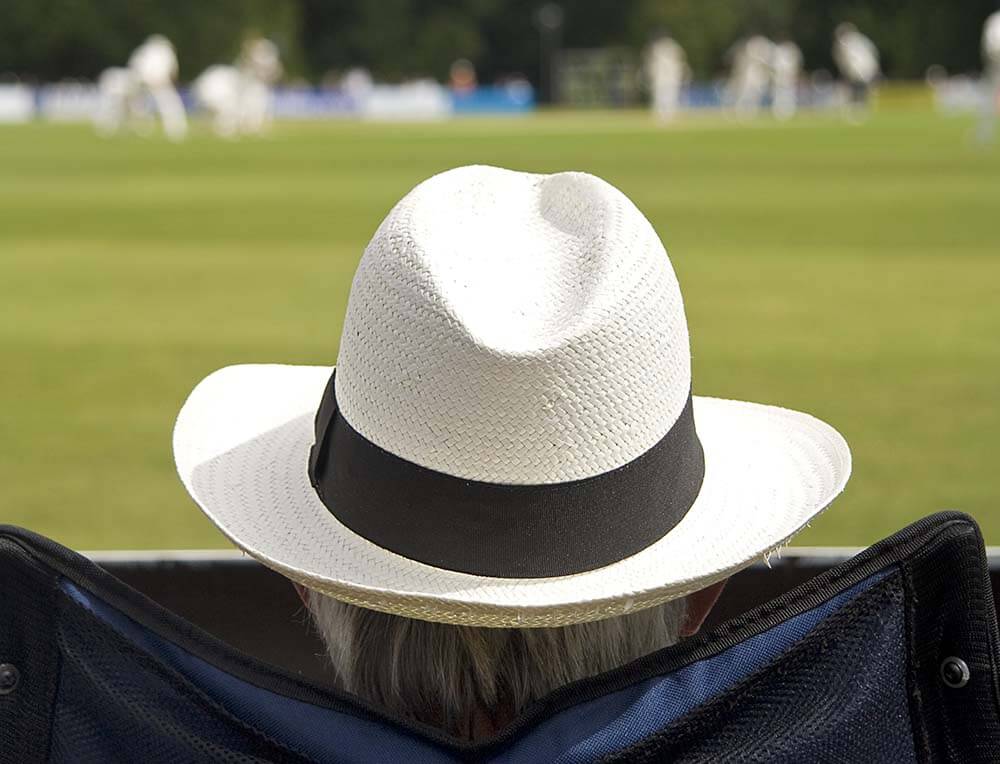 Evolution of the Modern-Day Cricket Bat

The shape of the modern-day cricket bat evolved in the 1870s. English willow has been the main raw material used to make cricket bats since the early 19th century. English willow is both tough and light, making it a resilient material. Early 19 century bats weighed about 5 pounds and were made from the heartwood of the willow tree, which was quite dense, making the early bats darker-coloured than modern-day bats. Bats became lighter-coloured in 1890 when bat manufacturers began to use the sapwood of the willow tree which was far lighter and had great aesthetic appeal.

How Manufacturers Have Made Bats Lighter

Such players as Kumar Ranjitsinghji and Victor Trumper used the lighter bats and made them popular during what was considered the golden age of batting. Bats at the time had fairly high-placed “swells,” making them lighter and more playable; batting technique became less about power and more about touch. Cricket bats were far shorter than they are today as they had shorter handles and weighed between two pounds and two pounds and four ounces. Shots square of the wicket became more popular with the use of lightweight bats. Bats used by stars of the 1920s such as Hammond, Bradman, and Hobbs weighed about 2 pounds and 2 ounces but some players such as Bill Ponsford used heavier cricket bats. On wickets that were bowler-friendly, the run rates were not as high as they are today. With five-day Tests and timeless Tests in vogue, batting was more about survival than quick scoring.

Experiments with Bats Made from Materials Other Than Wood

In 1979, Australia’s Dennis Lillee played with an aluminium bat in a match against England. The then England captain, Brearley, objected and lodged a complaint with the ICC after which Lillee was not allowed to use the bat. Three decades later, Australia’s Ricky Ponting and Mike Hussey used a graphite-reinforced bat in a short-lived experiment sponsored by Australia’s cricket equipment manufacturer Kookaburra.

Construction and Complexion of Bats Remained Unchanged Until the 1960s

From the 1890s to the 1960s, cricket bats remained unchanged in terms of construction and complexion. The heaviest bat in the history of cricket was probably used by players such as Lloyd and Pollock whose bats weighed well over 3 pounds. As a result, they did not play many cuts or hooks though they were able to hit a lot of sixes. In the late 1950s, such manufacturers as Gray Nicolls introduced the ‘super scoop’ cricket bat whose weight was distributed at the edges rather than in the middle, giving the bat a larger hitting zone. Continual experiments have allowed manufacturers to redistribute weight to make heavier bats feel lighter than they are.

The MCC led by Former England captain Mike Brearley plans more restrictions on the dimensions of the bat, which will become effective on October 1, 2021. Brearley has pointed out that the depth of the bat which was 16 mm in 1905 increased to 18 mm in 1980. In modern-day bats the depth is on average 35-40 mm, sometimes increasing to as much as 60 mm. 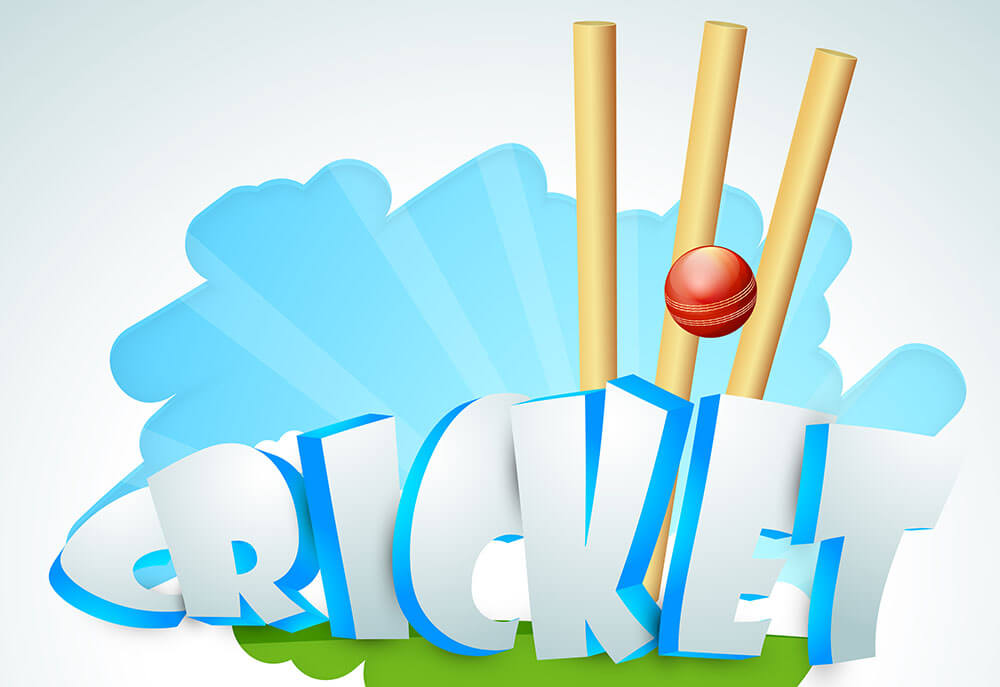 History of the Cricket Ball

The history of the cricket ball and bat have not been coincident. While the cricket bat has undergone many changes over the years, the ball has remained virtually unchanged, at least since the start of Test cricket in 1877.

The modern-day cricket ball weighs between 5.5 and 5.75 ounces, whereas in 1744 the weight of a ball could have been anywhere between 5 and 6 ounces. The circumference of the ball is about 9 inches. Weight and bounce are provided to the cricket ball by cork which is the main component of its core. In the manufacture of the ball, strings are tightly wound, in layers, around the core. A leather case is used to cover the core encased in string. The bowler can grip the ball by holding the slightly raised seam which is sewn into the leather case.

While bat-making technology has helped run-making become easier, the bats themselves do not last as long as they used to. The evolution of the design of the cricket bat – with thicker edges, a chunkier middle, a lower blade, and a higher swell – tells us a lot about how the game itself has changed.