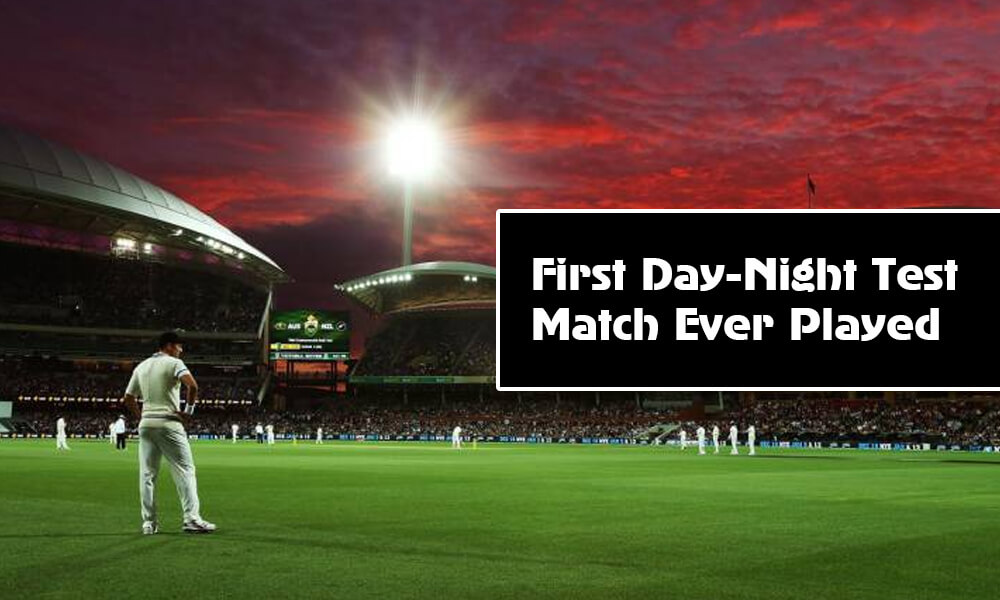 The first ever day-night Test match – the third match of a three-Test series during New Zealand’s tour of Australia – was hosted at Adelaide between November 27 and 29, 2015. In this article, we discuss the history of day-night cricket and review the first day-night Test match.

Summary History of Cricket Under Lights

Australia hosted the first day-night Test match at Adelaide in November 2015. It was the final match of a three-Test series on New Zealand’s tour of Australia. New Zealand won the toss and elected to bat.

NZ Bowled Out for Low Score

With the pink ball swinging a lot, New Zealand were soon a wicket down with seven runs on the board when Martin Guptill was dismissed by Hazlewood. Then came a 52-run stand between Latham and Williamson. However, without any substantial partnerships thereafter, a regular fall of wickets ensued, and New Zealand were bowled out for 202. Tom Latham top scored with 50 while Mitchell Starc and Josh Hazlewood took three wickets each for Australia.

When Australia replied, they lost regular wickets. However, thanks to half centuries by Steve Smith and Peter Neville, they managed to sneak ahead of the New Zealand total. The hosts were eventually bowled out for 224. New Zealand’s best bowler was who took three for 18.

Another Batting Collapse by NZ

When New Zealand batted a second time, Josh Hazlewood gave another great performance to keep the visitors down to 208. He took six for 70 in a New Zealand innings in which Mitchell Santner (45) was the top scorer.

Set a modest target of 187 to win, Australia were themselves in a spot of trouble at 66 for 3 when Steve Smith was dismissed in the 14th over. Partnerships of 49 and 46, respectively, for the fourth and fifth wickets steadied the ship somewhat. And although they lost two more wickets, the home side managed to reach the target with a degree of comfort to register a three-wicket win. Trent Boult took 5 for 60 to emerge New Zealand’s best bowler of the second innings while Shaun Marsh who made 49 was Australia’s top scorer.