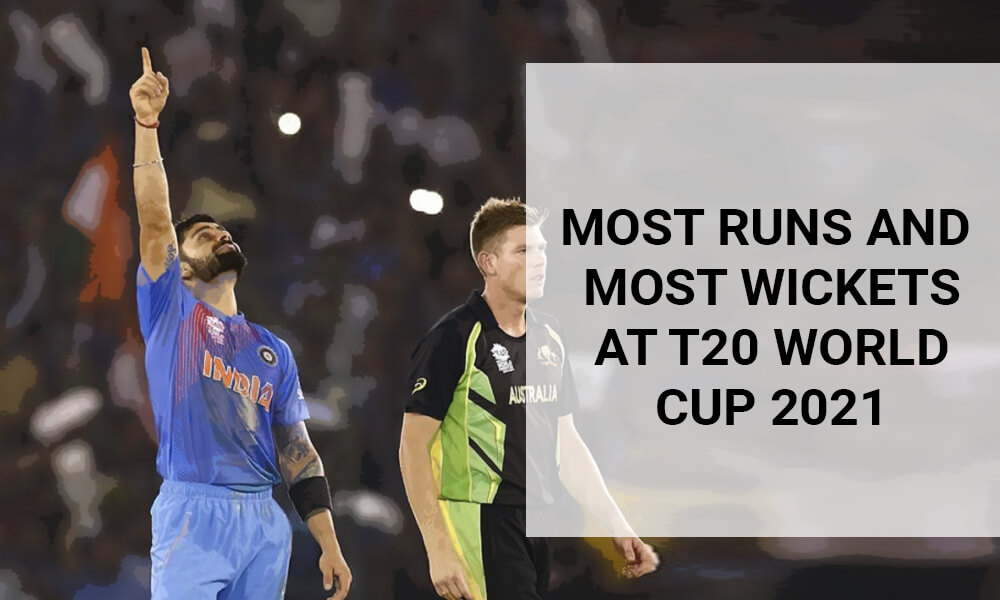 There was an anti-climactic finish to the T20 World Cup 2021 competition on 14 November, as Australia beat New Zealand comprehensively by eight wickets to win the T20 title that had eluded them so far. Australia won the toss and elected to field. Batting first on a wicket that appeared to be helpful to batting, they scored 172 for 4. The score appeared competitive until Australia made it look easy, chasing the target with an over to spare.

They achieved the feat on the back of brilliant innings by David Warner and Mitchell Marsh. David Warner, who appeared woefully out of form at the start of the tournament, scored his fourth half-century of the competition (53 from 38 balls) to take his tournament aggregate to 289. In the process, he went past Jos Buttler and Mohammad Rizwan to emerge the second-highest scorer of runs with 289 runs from 7 innings, behind Babar Azam who made 303 from 6 innings.

Mitchell Marsh was the Man of the Match, with a knock of 77 runs from 50 balls. He provided Australia initial momentum in the powerplay and stability in the death overs. In the process, Marsh became his side’s second-highest scorer of runs in the competition, with 185 runs from 5 innings, placing him 12th on the list of scorers.

Top Five Players with Most Wickets at T20 World Cup 2021

Though New Zealand lost the final, three of their batters featured among the top 10 scorers of the World Cup event. As he has done so often in the past, skipper Kane Williamson scored the most runs for his side (85 from 48 balls). In the process, he held the Kiwi batting lineup together, as he had done in previous games. With a tally of 216 runs in the tournament, Williamson ranked eighth on the list of run-scorers. The other two New Zealand batsmen in the top ten were, respectively, their openers Martin Guptill, who scored 28 runs from 35 balls in the final, and Daryl Mitchell, who made 11 from 8 balls.

Adam Zampa and Trent Boult finished the competition with 13 wickets each, joint-second on the list of highest wicket-takers behind Wanindu Hasaranga who scalped 16 victims. However, the Sri Lankan spinner played two more matches than Zampa and Boult to end with the most wickets in his first T20 World Cup.

Boult took 2/18 to register the second-best economy rate — after Adam Zampa — in the final. However, Boult did not receive adequate support from the other Kiwi bowlers. Zampa who took 1/17 gave Australia an early breakthrough when he dismissed Guptill. He went on to keep a tight leash on the remaining NZ batsmen throughout their innings.

Josh Hazlewood, who flew under the radar during the whole competition, emerged Australia’s most successful bowler of the final, dismissing three of the four NZ top-order batters. His returns of 3/16 pushed him up to fourth on the list of highest wicket-takers. In the process, he went past Starc, who went wicketless in the match and slipped from fifth to sixth place on the list.