Rohit Sharma on Boult, Yadav, and the Indian Spin Attack 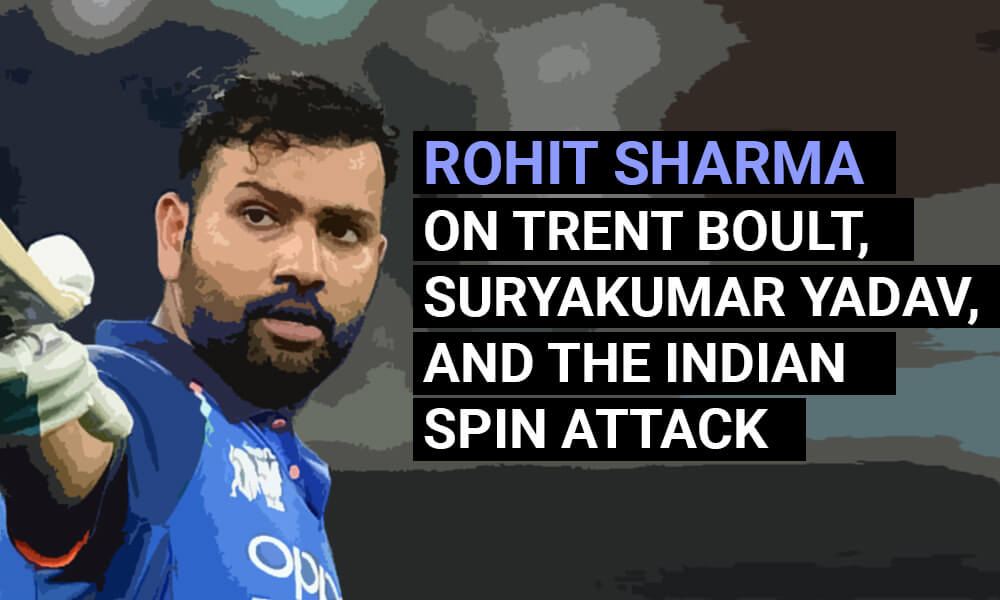 Knockout performances from Suryakumar Yadav (62 runs), Rohit Sharma (48 runs), and an on-time boundary scored by Rishabh Pant (17 runs*) helped Team India gain a five-wicket victory over the Kiwis in the exciting first T20 cricket game of the three-match series. Thereby, the Indian cricket team now has a 1-0 lead in the series at the Sawai Mansingh Stadium.

Speaking on the occasion, India’s new skipper, Rohit Sharma, mentioned how he and Trent Boult were aware of each other’s strengths and weaknesses. Here, at cric-life.com, we bring you some of the excerpts of what the new captain had to say about the victory after the T20 cricket World Cup debacle and the role of his team in it.

“It Is a Good Fight Between the Two”, Rohit Sharma

Trent Boult, the pacer leading the bowling attack of New Zealand, also happens to be Rohit’s teammate in Mumbai Indians. Both of them have a fair idea of each other’s style of playing because they have played so much cricket together.

The two cricketers know one another’s strengths and weaknesses, which makes a fight between the two so interesting to watch.

In fact, Rohit was going strong before Boult caught him off-guard on a slow ball bouncer. As he went on to try and hit that slow bouncer a bit too hard over that short fine-leg fielder but Rachin Ravindra was placed perfectly to stop his shot midway. Rohit praised the fact that the New Zealand pacer had clearly outwitted him with the slow-ball bouncer – the one thing that they had discussed many times during the time they played at Mumbai Indians.

Rohit spoke about how he, as the captain of Mumbai Indians, would always ask Boult to bluff, exactly what the pacer had done in this match. When he put up the fine leg and put back the mid-wicket, Rohit thought that he was going to get a bouncer. He was simply planning to put that over the field, but unluckily for him, there was a lack of pace on that ball.

Rohit was all praises for his teammate Suryakumar Yadav, a brilliant batsman with whom he had shared a critical 59-run stand for the second wicket. Though Rohit fell two runs short of scoring a half-century, Yadav hit it out of the park with his fiery 62 runs.

, Rohit said about the cricketer. The batsman played a couple of percentage shots, a few spins, and used the pace well enough for the fast bowlers. All in all, Yadav was the complete package with this bat on the field.
When speaking about the spin bowlers in his team, the Indian captain spoke highly about Axar and Ashwin. He said that both these cricketers played brilliantly for Delhi Capitals always trying to take wickets. It is a great sign because it is important to put the brakes when the opponent is on a hitting spree, and both the spinners can do that.