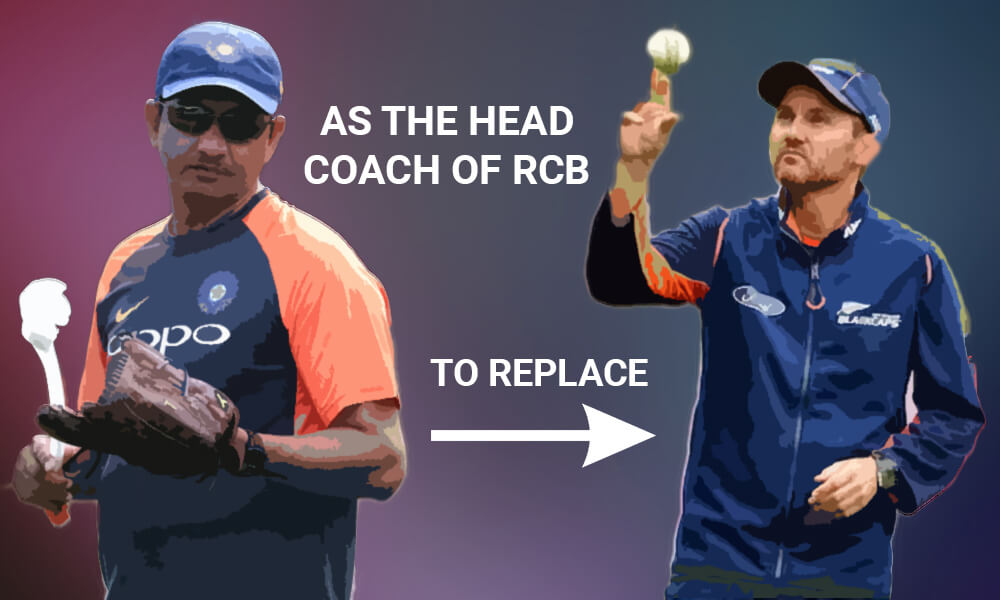 It seems Royal Challengers Bangalore are already gearing up for the next season of IPL cricket, with several new changes in the team – starting with a new head coach. Sanjay Bangar has been named as the head coach for their next IPL season. He takes the responsibility of coaching RCB from Mike Hesson.

Hesson, however, is not saying goodbye to the team yet. He will continue to be with the side as the Director of Cricket Operations. He had taken on the mantle of the head coach from Simon Katich, former Australian coach, for the second phase of the IPL 2021.

Bangar has not only played several Tests and ODI matches for India but also donned the coaching hat for multiple teams in the Indian Premier League. Here is a brief rundown of his turnouts as a head coach:

Bangar was the batting coach for the team in the IPL 2010 and might have continued in the subsequent seasons if the team hadn’t been expelled next year over financial disputes.

He started off as the assistant coach in the IPL 2014 for Kings XI Punjab. Subsequently, he wore the mantle of the head coach and led the team to their best performance ever as runners-up in the tournament.

This year, Bangar was the batting consultant for the team that reached the playoffs but lost to Kolkata Knight Riders.

He was also a part of Team India in several coaching positions – assistant coach, batting coach, and even head coach during the team’s Zimbabwe tour back in 2016.

The Response of the Team and the Coach to the Change

The Chairman of Royal Challengers Bangalore, Prathmesh Mishra, has lauded the contribution of Bangar to the team. He said that the Royal Challengers had always been deeply committed to the philosophy of grooming and supporting talents in the team and the decision to appoint Sanjay Bangar was an extension of that philosophy. Mishra mentioned that his wealth of experience as a batting coach and player would help the team immensely.

Bangar spoke highly of the honour and the opportunity given to him to serve the franchise as the head coach. He talked about his previous experience of working with the members of the team and seemed hopeful about taking the squad to the next stage of success. It is time to prepare the team and take all the necessary steps before the upcoming auctions for the IPL 2022.

RCB had a fairly successful season this year, where they reached the playoffs for the sixth time but failed to turn up as winners. Despite a solid effort, they were hammered out of the game in the eliminator against Kolkata Knight Riders. At cric-life.com, we are excited to see how Bangar turns the team around for the upcoming IPL. For more IPL 2022 news, stay tuned to cric-life.com.