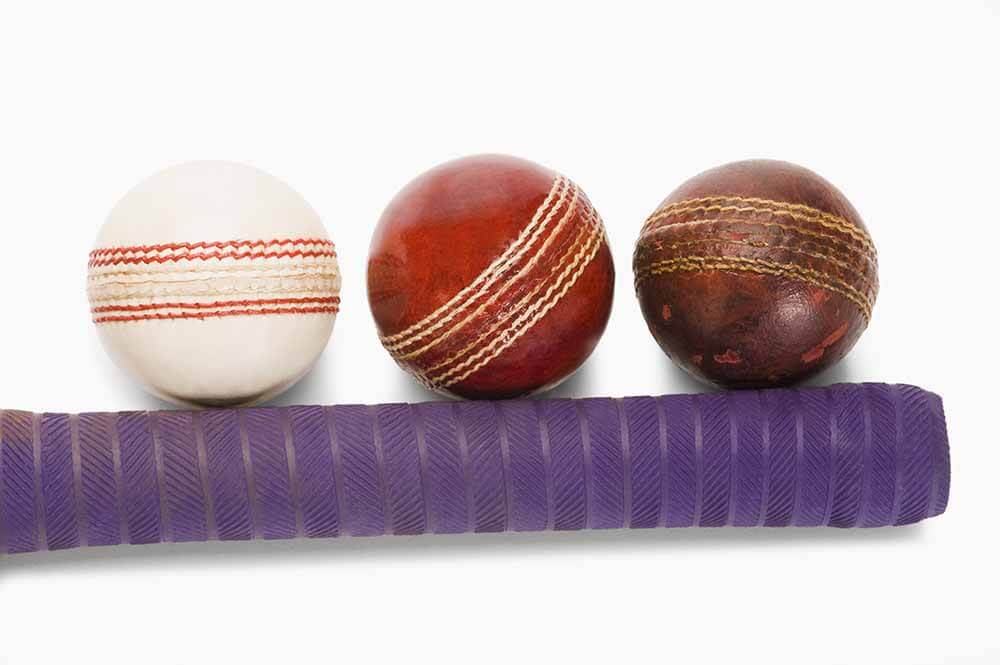 In the three-match ODI series against New Zealand on the England tour of New Zealand, England batter Tammy Beaumont had scores of 71, 72 not out, and 88 not out. Not only did the splendid sequence of runs help England to a 2-1 sweep in the series, but it also allowed Tammy to leapfrog Australia captain Meg Lanning to number one in the ODI batting charts. Her superb run of form, which enabled England to close out the series, saw Beaumont rise to the top of ICC’s women’s ODI batting rankings for the first time in her career. 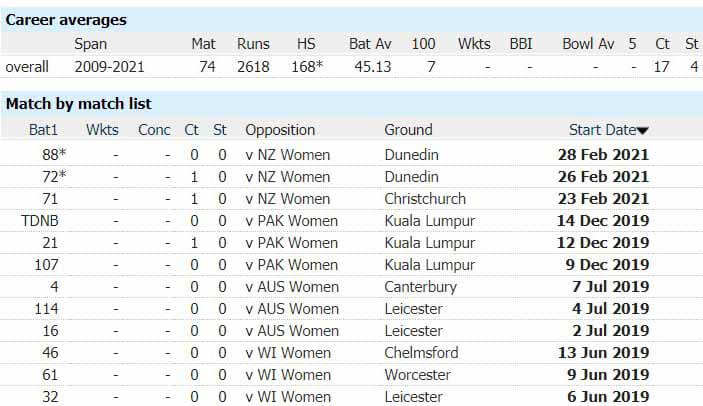 In the first game at Christchurch on 23 February, NZ-W batted first and were bowled out for 178 in 45.1 overs. While opener Hayley Jensen top-scored with 53 off 58, Brooke Halliday, batting at number seven, steadied the innings after the hosts were reduced to 104/5. Halliday was last out, after scoring 50 off 54 balls. While every England bowler returned wicket-taking figures, Tash Farrant (2/31) and Sophie Ecclestone (2/36) were the most impressive. When England batted, they chased down the target with 8 wickets and 16 overs to spare. Opener Tammy Beaumont top-scored with 71 off 86 balls including 11 hits to the fence. When Tammy got out, the scorecard read 136/2 in just 26.2 overs, setting the platform for an England victory.

In the second match at Dunedin on 26 February, NZ-W batted first and were soon reduced to 5/34 in the 14th over. Brooke Halliday got into the rescue act once again, scoring 60 off 80 balls. With assistance from Hannah Rowe (29 off 45) and Jess Kerr (28 off 30), she managed to impart the NZ score as a measure of respectability. Natalie Scriver was the pick of the England bowlers, taking 3 for 26, while Katherine brunt (2/34), Kate Cross (1/23), and Sarah Glenn (2/37) were the other wicket-takers. When England batted, they recovered from a dire start of 12 for 2, with a 103-run 3rd wicket stand between Tammy Beaumont and Natalie Scriver. After Scriver was out for 63 off 61 balls, Amy Jones contributed 46 not out in a 79-run stand with Beaumont to see her side home, with 7 wickets and 12 overs to spare. Beaumont made an unbeaten 72 off 112 balls.

In the 3rd game, England batted first and were bowled out for 220 in 47.5 overs. After the early loss of Danni Wyatt’s wicket, Beaumont and Knight stitched together a 109-run 2nd wicket stand. From the comfort of 115/1 in the 26th over, England lost regular wickets to slide to a modest score, in which Beaumont top-scored with 80 not out from 113 balls. This time around, NZ managed to secure a win, chasing down the target with 7 wickets to spare on the back of an unbeaten stand of 172 between Amy Satherthwaite (119 off 128 balls) and Amelia Kerr (72 off 88).

Beaumont Wants to Open in T20Is

The 29-year-old Beaumont would also like to open for England in the T20 series that begins in Wellington on Wednesday. For most of the T20 World Cup hosted by Australia in 2020, she batted in the middle order. However, she returned to the top of the order in the five-match series against the visiting West Indies in the summer of 2020 and shone with an innings of 62 in 49 balls in the second game at Derby. While she would love to open, Beaumont is reported to have said, “At the same time, I will do whatever’s right for the team. We have a really strong batting line-up, plenty of top-order players at the moment, so it’s a case of doing what the team needs – but I’d love to be opening.”