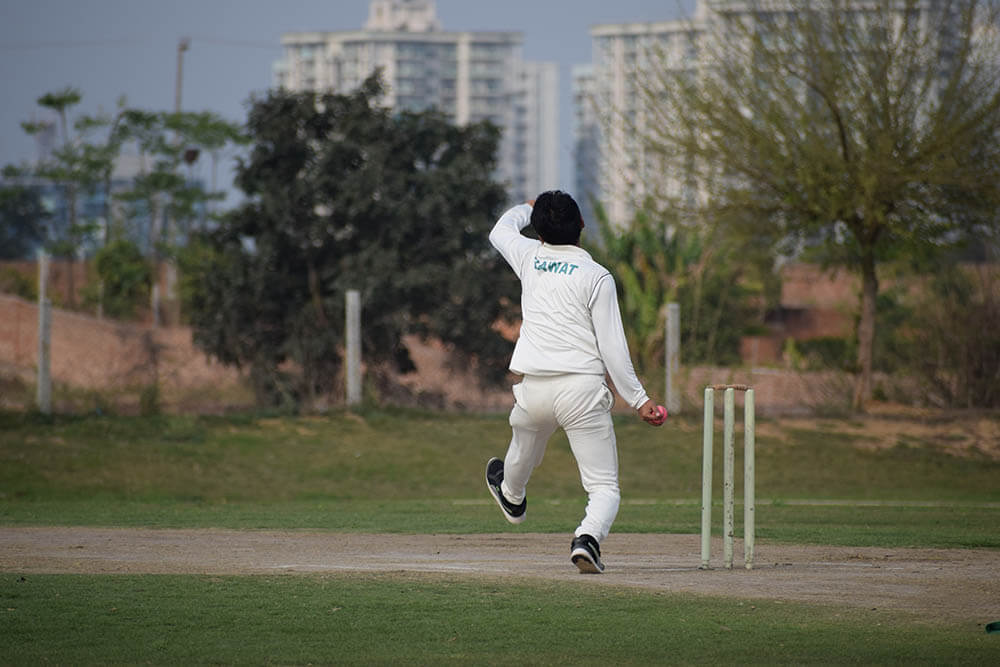 It will be South Africa vs Pakistan in the 2nd T20I of a three-match series on the Pakistan tour of South Africa, when the teams meet on 12 April at Jo’Burg.

South Africa have been weakened by the departure of five major players to India to take part in the Indian Premier League. They will be without Quinton de Kock, David Miller, Kagiso Rabada, Lungi Ngidi and Nortje. With a new-look South Africa eleven in the fray, our Dream 11 has seven Pakistan players and 4 South Africans.

Our choice of wicketkeeper-batsman was the easiest. Md Rizwan trumps Klaasen to be the first-choice keeper batsman. Babar Azam, one of the world’s best batsmen across formats, is an automatic choice. Fakhar Zaman’s brilliant form in the recent ODI series makes him our next selection. Van der Dussen is arguably the home team’s best batsman and is our third batting choice. For the 4th batting place, we went with SA’s R Hendricks.

Our all-rounder choices were fairly easy, with Md Hafeez claiming the first spot. For the second, we went with South Africa’s D Pretorius. We were tempted to go with Ashraf but that would limit our bowling choices which we consider more important.

For the captaincy, we looked no further than Babar Azam. Md Hafeez was our first choice for vice-captain.

Budget constraints forced us to make a few compromises. For instance, Fortuin and Hasnain were not our best choices for bowling spots but cost 8 cr each and were the only ones who fit into our tight budget. We needed to choose at least four South Africa players. Van Der Dussen was the only automatic choice. For the remaining three choices, we considered the performances by the Klaasen-led South Africa team that toured Pakistan recently. Reeza Hendricks’ batting had helped SA to a rare win in the second T20I of a three-match series. In the same game, Dwayne Pretorius took a fifer which earned him an all-rounder spot in our Dream 11. 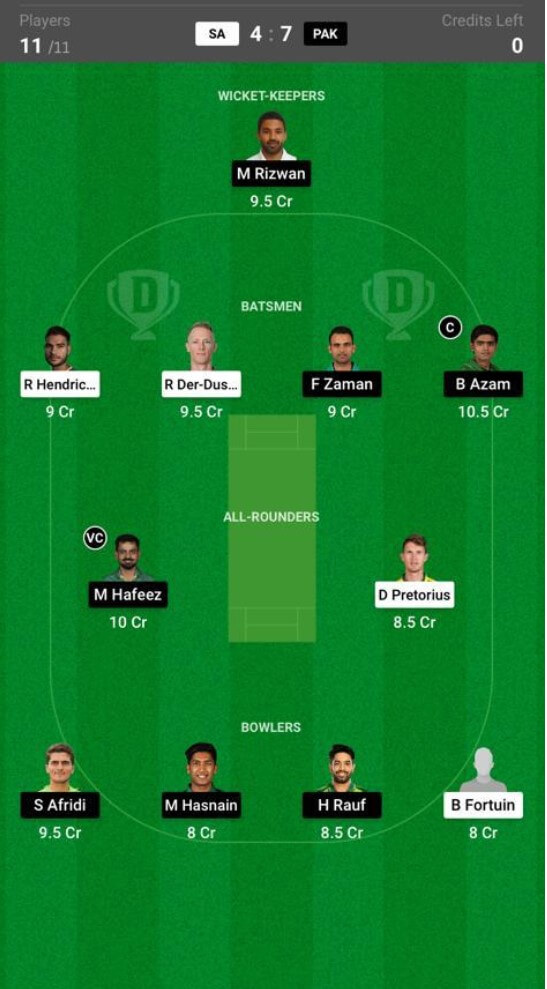